‘New York has a great way of getting over cataclysmic events’


“Ceasefire baby” Ryan McNally from Carrickmore, Co Tyrone, was born two years after the 1998 bombings in nearby Omagh. He’s now living and working in New York as a director of social care, but he has never let go of his Irish roots.

“I live in an old Irish enclave – Sunnyside, Queens – and I work at the Irish Centre on Jackson Avenue in Long Island City. The centre opened in 2005, with the assistance of community leaders and Irish building contractors. As the property is owned by the centre, members with Irish roots across New York have a place they can call their own.”

After completing a bachelor of applied science in social work at Ulster University in 2017, McNally moved to New York. “When I was fresh off the boat, I got a bartending job in Hell’s Kitchen through family connections. I had a graduate visa, so I was able to work. But in 2018, I got an internship at the Irish Centre in the area of programming.”

The Irish Centre was founded by Fr Colm Campbell and businessman Paddy Reilly, with the mission to provide a centre for the Irish community, many of whom had emigrated to the US during the 1980s.

“The Irish who arrived during that time particularly, formed the backbone of our community, which has grown to include anyone who has Irish ancestry or is just Irish at heart. We offer programmes and events for all ages, with a steady stream of volunteers.”

McNally says that, after a year and a half of online events due to Covid-19 restrictions, the social diary of the centre is full again with onsite Irish classes, traditional bodhrán classes, green card events, tea parties, lunches, book launches, seniors computing classes, AA meetings, fiddle classes and more.

“We’re not affiliated with any charity, but we have good connections with charities in Ireland, like Pieta House and other organisations.”

Upon returning to New York, his internship became a full-time role. “I currently serve as director of social care, implementing and managing a variety of community services and programming for the organisation and its members.”

McNally looks after children’s summer programmes at the centre, which take place during July, and allow young people to experience Irish culture, art and history and dance as well as other social events.

“I’m in the second year of a three-year visa, which ends in 2022. There will hopefully be an opportunity to get a green card then.”

His H-1B visa, which “allows for temporary employment of foreign workers in specialty occupations”, meant McNally wasn’t able to travel home since before the pandemic started. “Luckily I was home in early 2020, but that’s nearly two years ago now.

“The travel ban has been hard because when a crisis occurs you want to be near friends and family, and it all happened so fast. The frustrating part is having a visa but not being able to leave without major issues on returning.”

As the travel ban is set to be lifted by president Joe Biden, he will be on the first flight he can. “It will be great to get home because, like many others, I’ve missed big milestone moments with my family and friends, but I’ll definitely return to New York.”

McNally says the Irish Centre is a meeting point for what he calls “a big extended family”. “Some of our members have been here longer now than they ever were in Ireland, but there’s a strong bond.

“Knowing that the building is ours in an ever evolving place gives us so much sense of belonging. We’re just one stop from Grand Central Station on the 7 train in what is a constantly transforming neighbourhood. Even since I’ve arrived, the area has changed, with high rises going up all around.”

He’s part of a younger generation of immigrants coming to New York, who were small children when 9/11 happened and don’t know New York before the Twin Towers fell.

But despite the pandemic and the aftermath of 9/11, New York has recovered and “things are very normal again”. “New York has a great way of getting over cataclysmic events. That’s the beauty of it and it’s great to see the city is open again and bars and cafes are full.”

McNally says he was hoping to see a drop in rental prices as a result of the Covid-19 pandemic.

“Lots of people were hoping to see a massive drop but, sadly, that never happened. Manhattan is no longer affordable like it was in the 1980s: even Queens, which was more reasonably priced, is more expensive now. I share with a girl from Roscommon, but we pay the same as you would for a two-bedroom apartment in Dublin, maybe more. But it’s New York.”

As the city becomes accessible to Irish people once again, McNally says the Big Apple is always a draw. “It may seem daunting coming over here but, ultimately, when you’ve been in New York for a while, it does get smaller.”

Despite a metro area population of almost 20 million people, familiarity occurs quite quickly. “Once you’re part of the Irish community, it’s like a big family, which is pretty special.” 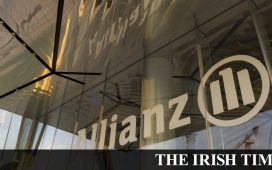 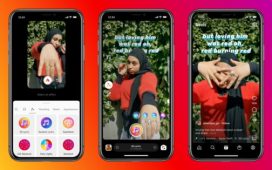 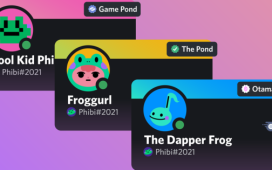 Discord Nitro: How to Edit Your Server Profile 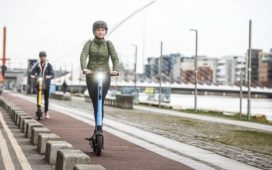 Cabinet approves legislation to allow for e-scooters on Irish roads 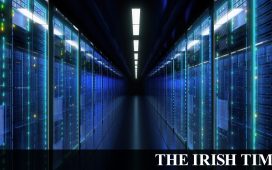 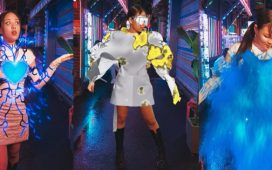 Was Bill Clinton re-elected after impeachment?