TikTok is now planning to go public without the sale of its parent company, ByteDance, in a deal that would involve American software behemoth Oracle as the responsible partner for US data and Walmart is some vague capacity. The deal hasn’t been approved by either Washington or Beijing yet, and both TikTok and WeChat will be banned from U.S. app stores as of Sunday.

The deal is being reviewed by the Trump administration and appears to be a compromise agreement that avoids selling ByteDance to an American company as Trump had previously demanded.

But there is another interesting twist to the ongoing debacle that plays into U.S. elections and helps Trump considerably: He’s given TikTok and extension on operations until November 12th. In other words, while no new users will be able to download TikTok in the United States as of Sunday, TikTok will continue to operate in the United States unhindered until November 12th–to get past the elections.

That accomplishes two things: First, it lets Trump avoid a highly unpopular move against a wildly popular app during a heated election campaign. Second, it gives TikTok time to iron out the fine points of a potential deal with Oracle to the government’s liking.

As it stands with the new proposed deal, ByteDance would remain a majority shareholder in TikTok, according to an unnamed source cited by CNN.

Oracle would host TikTok user data to alleviate national security concerns that the company was feeding American data to the Chinese government.

WalMart’s potential role here is unclear, though it may just serve as an e-commerce partner.

Further to the pending deal, TikTok’s board of directors would have to be approved by the United States government and must include a data security expert with top-secret security clearance, according to the same CNN source.

That, too, should raise concerns among the American public when it comes to privacy.

This is how a wildly popular and equally frivolous short video app has become the focal point of a global balance-of-power war. That data is a goldmine, and everyone wants to control it. It’s far beyond a national security threat.

The Chinese authorities also need to approve the deal. On August 28th, China imposed new export controls on algorithms such as those employed by TikTok in a thinly veiled attempt to prevent the sale of ByteDance to an American company. At the time, keeping in mind that this is all very fluid, Microsoft was the big dog in the running to acquire TikTok.

Those new export controls could still make it difficult for this deal to go through in its newest proposed form.

So, with China trying to prevent the deal, and Trump issuing only vague statements, it’s unclear whether it will move forward at all.

Trump has only remarked on the fact that ByteDance would remain the majority shareholder: “Conceptually, I can tell you, I don’t like that”.

And Treasury Secretary Steve Mnuchin is allegedly the big force pushing for this new compromise deal with Oracle, despite criticism from lawmakers and possibly Trump himself, according to the Washington Post.

So, what role would Microsoft play? No one seems to know outside of Trump’s suggestion that it’s somehow still got skin in this game.

Business Insider reported that Microsoft had earlier “insulted” TikTok’s owner at some point during the bidding process.

If the deal goes through, TikTok could IPO in the U.S. within 12 months, and Business Insider claims that it would consider Instagram co-founder Kevin Systrom as its CEO.

But it’s not likely to be much of a bulwark against perceived national security threats, Weifeng Zhong, senior research fellow at George Mason University, told NPR, noting that the proposed structure could give ByteDance the ability to overrule Oracle.

By Michael Kern for Safehaven.com 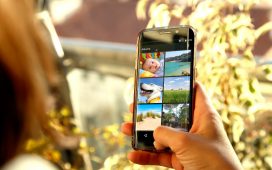 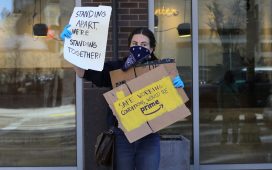 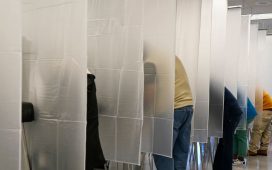 Manjoo: How to break the hold of conspiracy theories – The Register-Guard