In a notable milestone for New Orleans’ fledgling tech scene, Levelset, an entirely homegrown software business founded almost a decade ago, was sold this week for $500 million to a California company worth $12.5 billion.

It was a record for a local startup. And though far from the “unicorn” status that the tech world bestows on startups reaching a valuation of $1 billion, the sale to Procore Technologies, a construction software firm in Carpinteria, near Santa Barbara, is the kind of deal that helps establish New Orleans as a contender among smaller cities to lure investment from the leading tech hubs in the San Francisco Bay Area, Seattle and along the Boston-New York-Washington D.C. corridor.

The Levelset story is a model for the city’s tech sector boosters. The founder and CEO, Scott Wolfe, is a New Orleans native who got his law degree from Loyola University. He had been dabbling in software since he was a boy and always had an entrepreneurial bent, developing apps while still in school.

TurboSquid, an online marketplace for 3D digital models and one of New Orleans’ most prominent homegrown technology firms, was sold Tuesday to…

Descended from generations of contractors (and grocers who built their own stores), and working in construction law just out of law school, he saw the problems that many firms had collecting money and with the contractual complexities of building projects. He said he set about designing software with the goal that “no one should lose a night’s sleep over payment.”

Rob Lalka, a Tulane University business professor and head of its Albert Lepage Center for Entrepreneurship, said the key to Levelset’s success was its embrace of an unsexy sector that was crying out for software to make life easier.

“Construction liens weren’t as flashy as being the next food delivery or dating app or a social network,” Lalka said. “But they accomplished something great by building a product that created value for an overlooked customer, and that should be a wake-up call for other New Orleans entrepreneurs.”

The New Orleans economy is making progress as the city’s revival continues apace, but the rising tide is not lifting all boats equally and mor…

Wolfe received an initial investment of $75,000 from the New Orleans Startup Fund, a nonprofit formed in 2010 with private and public money to create fast-growing, job-creating companies that could help spur the development of a post-Katrina “Silicon Bayou.” He also was an alumnus of the startup incubator Idea Village, where he found mentors to help with the basics of starting and growing a business, as well as contacts that helped raise money.

But investors also have included locals, which means that Levelset’s progress, and now its record sale, might be vindication that homegrown startups can be highly lucrative. It will also mean a new pool of investment money that could be used to fund the next Levelset, and to help develop the investor base needed to keep developing New Orleans as a mini-tech hub.

The Idea Village has picked a dozen companies for its annual accelerator program, an intensive four-month boot camp for budding entrepreneurs …

“The Levelset story is a validation of the local entrepreneurial ecosystem, and now our opportunity to help Levelset and Procore grow more right here in this market,” said Michael Hecht, president and CEO of GNO Inc., the regional economic development agency.

While New Orleans has had some successes in its efforts to develop as a niche tech hub, the progress has been slow. It leads on some measures, such as opportunities for Black and other minorities in tech. But it is behind places like Austin, Texas; Raleigh-Durham, North Carolina; and even Huntsville, Alabama, in the number of jobs created in the sector.

Indeed, that is the question for Levelset now: Will it continue to grow from its base on Magazine Street in the Garden District, where it currently employs 160? Or, will its center of gravity shift with the new owner, either towards California or Austin, where Levelset currently employs 60.

Three homegrown New Orleans biotech firms said Wednesday they are expanding and expect to add a total of nearly 200 jobs over the next few years.

Wolfe says he expect it be be the former, though he thinks New Orleans’ leaders should be doing more to build on the small tech successes seen so far. “There should be a hundred more like us and we should be asking ourselves how we do that,” he said.

Hurricane Ida and especially the prolonged post-storm blackout that affected almost the entire city for at least a week underlined the fundamental shortcomings in New Orleans’ infrastructure, Wolfe said.

“We’re not a business that can shut down, like a restaurant; we have to keep going no matter what,” he said.

“Scott is thoughtful, and he’s attracted a team that is the same way,” Lalka said. “Entrepreneurship too often attracts the opposite type of person, with ‘fake it ’til you make it’ braggadocio. They [Levelset] care more about getting the job done, and scaling a great company, than looking good on some stage.” 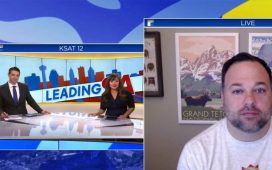 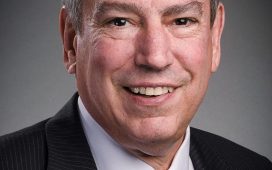 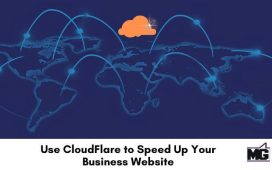 TECH TALK WITH MIKE: Use CloudFlare to speed up your business website | Across Indiana 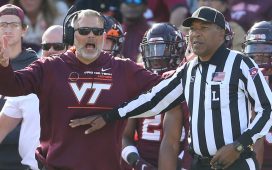 MPs avoiding £70,000 a year in congestion charge and ULEZ fees by putting them on expenses

'You need to love yourself': Toddler spreads love and positive messages in TikTok videos