Honda has revealed the hybrid-only third-generation HR-V crossover ahead of its European launch in late 2021.

As part of the company’s aim to electrify all of its mainstream European models by 2022, the HR-V ditches the previous car’s pure-petrol and diesel powerplants for a new e:HEV petrol-electric hybrid system promising “exceptional” efficiency.

Technical details remain unconfirmed, but the combustion element of the powertrain is likely to be either a 1.5-litre turbocharged petrol four-cylinder, as used by the hybridised Jazz supermini, or a 2.0-litre unit borrowed from the larger CR-V Hybrid.

The first full images of the SUV confirm what previous spy shots and teasers have suggested: that the third-gen HR-V’s design is a dramatic departure from that of its predecessor. 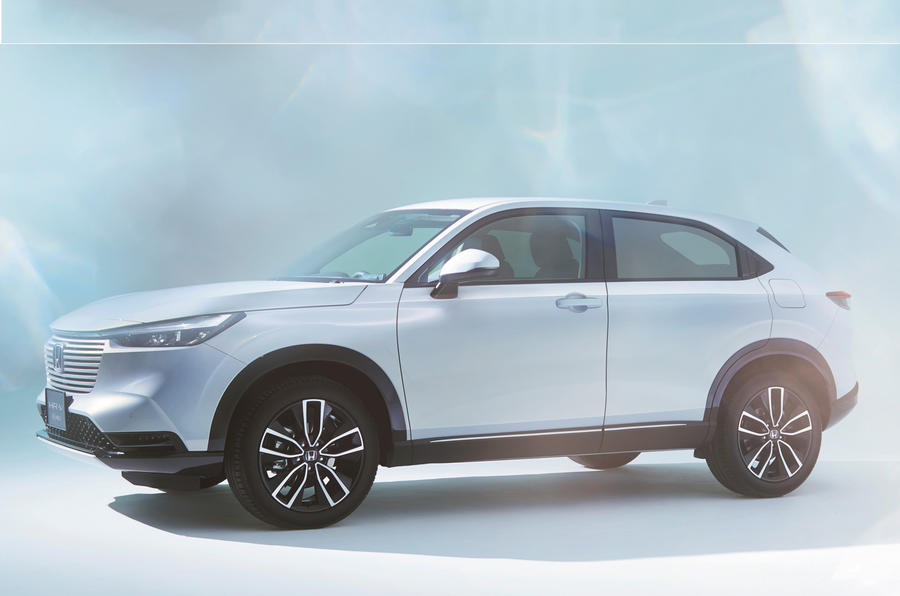 The interior can accommodate four adults in “maximum comfort”, Honda says, courtesy of the “clever packaging” of the hybrid powertrain. The cabin has been redesigned to maximise the feeling of spaciousness, with a minimalist dashboard layout, simple horizontally aligned instrument panel and Honda’s ‘Magic’ folding, flipping rear seats in the back.

Also new for the third-gen HR-V is an air diffusion system that sends a “curtain” of fresh air through new L-shaped vents.

Further details of the new, European-spec HR-V, including pricing, are expected in the coming months.

READ  My other Lamborghini's a tractor