New and used cars have increased in price significantly due to a microchip shortage and a high demand for used cars. KTVU’s Tom Vacar reports.

WALNUT CREEK, Calif. – For more than a year, carmakers have been slammed by a double whammy: a shortage of chips and a tidal wave of car buyers. So, the car you might want right now, is probably not available.

At first glance, from the air, the ports of Benicia and Richmond, two major arrival points for imported cars of all makes including foreign built domestic brands, look like an ocean of cars. Ultimately, they are bound for hundreds of dealers all over the western US and beyond.

But, complex, sophisticated microchips, the heart and soul of everything that uses power in vehicles and electronics, have been in short supply. That’s forced carmakers to either cut back production, or store otherwise complete cars until the chips arrive.

Walnut Creek Ford is just one example. “It’s very different than anything we’ve seen. We have only a handful of new cars on our lot,” said Walnut Creek Ford executive Cameron Savarani. The tidal wave of buyers come directly from people finally freed from stay-at-home orders and filled with wanderlust, are in keen competition with other buyers.

Though the biggest source of used cars is usually from trade-ins, another significant source has arisen.

“There’s a very high demand for used cars. So, a lot of people aren’t driving as much anymore; maybe working from home, and they’re selling us their car,” said Savarani.

See also  2021 Porsche 911 Turbo S First Drive Review: How is This Even Possible?

So, in this situation, a lot of new car buyers, knowing instant gratification is less likely, are willing to make a deposit and wait for the car they really want.

“In the last couple months we’ve had as many custom orders as we would have sales, which is incredible; something we haven’t seen,” said Savarani.

Example: Kevin Kudlik of Oakley ordered Ford’s new Bronco in May. “They’re behind on manufacturing. So, we won’t get it until 2022,” said Kudlik, who clearly understands what’s going on.

“I kind of knew going in that they were behind. Everybody’s behind with semiconductor chips and all the parts. So, it’s not only the car industry. It’s every industry right now,” said Kudlik.

The impact on everything electronic and will continue well into next year. So, if microchips are on your holiday shopping list, buy early. 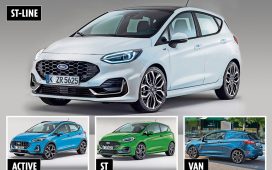 Britain’s favourite supermini has just been given a new facelift 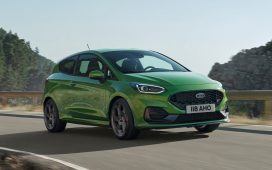 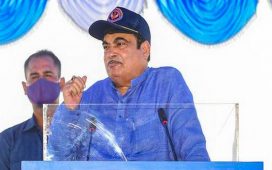 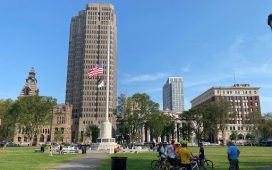 SpaceX: Who are the civilians on the Inspiration4 mission? | Science & Tech News

Ryanair raises passenger target to 225 million a year by 2026