Natural Highs founder Avani Dilger led a virtual presentation Wednesday to educate parents and community members on the dangers posed by street drugs laced with fentanyl that are circulating in Boulder County.

“I don’t think our community is aware of how accessible these fake drugs are for teens,” said Dilger, who founded Natural Highs as an alternative to traditional substance abuse prevention programs. “It’s mostly raising awareness among everybody, parents, teens, trusted adults. Teens want to have that conversation.”

Local law enforcement and public health officials recently warned they were seeing reports of street drugs containing fentanyl. According to a news release from Boulder County Public Health, fentanyl-tainted Xanax and Oxycodone 30 milligram pills, likely from Mexico, have been detected.

Fentanyl is 50 to 100 times more potent than heroin, and significantly increases the risk of death from accidental overdose, according to health officials.

Dilger said she received information earlier this month as a member of the Colorado State Substance Abuse Task Force that more than 90% of the “prescription” drugs police confiscated were fake and laced with fentanyl or other substances. About 25% of the pills were reported to contain lethal amounts of fentanyl, she said.

“The risk that someone is receiving these fake pills is very high,” she said. “This is a high, high risk in our community right now. Very, very small amounts of fentanyl can cause an overdose.”

Mixing an opiate like fentanyl with even a small amount of alcohol is especially dangerous, she said.

She added prescription drugs like Xanax and Oxycodone tend to be popular with teens because they’re not considered “hard” drugs and are easy to conceal.

Diane Jensen, a counselor at New Vista, said she asked Dilger to lead the presentation after hearing from “grieving students and scared parents.” Dilger said several Boulder teens have died recently, creating concerns that they may have overdosed after taking pills that contained fentanyl.

She noted the Boulder County coroner has not officially ruled on the cause of any of the deaths pending toxicology reports, which can take weeks. No current Boulder Valley students have been officially identified as having overdosed from fentanyl laced pills this semester, according to school district officials.

Dilger led a Natural Highs outdoor class on Tuesday for teens, showing them how to administer Narcan and giving out 39 Narcan kits. Narcan, the brand name of naloxone, can reverse the effects of an overdose caused by heroin or other opioids.

She said some in attendance were close to two Boulder teens who recently died, adding they had many friends. Along with wanting information, she said, young people also need space to talk about their grief.

During the presentation, she and others urged parents to educate themselves about the drugs that are circulating — and easily accessible through social media contacts — and to have open conversations with their teens.

“We have to let go of the stigma, of the dividing line, of thinking ‘oh it’s not us, it’s that family over there’,” Dilger said.

Wednesday’s parent presentation also covered how to find fentanyl test strips and Narcan, which are available at many pharmacies and are accessible without a prescription. To find a map of pharmacies that carry them, visit BoulderCountyNarcan.org.

Signs of overdose include not being responsive to sound or pain, such as a sternum rub; not breathing; blue lips or fingertips; and loud gurgling sounds. Those calling 911 to report an overdose are protected by Colorado’s Good Samaritan Law.

Free training for prevention, recognition and responding to an overdose using naloxone is available through Boulder County Public Health. Videos of how to use naloxone are also available at BoulderCountyWorks.org and on the OpiRescue phone app. 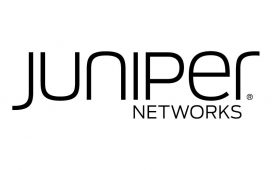 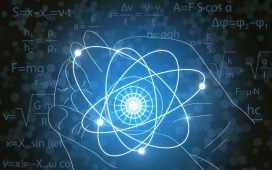 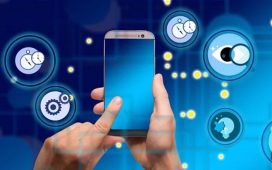