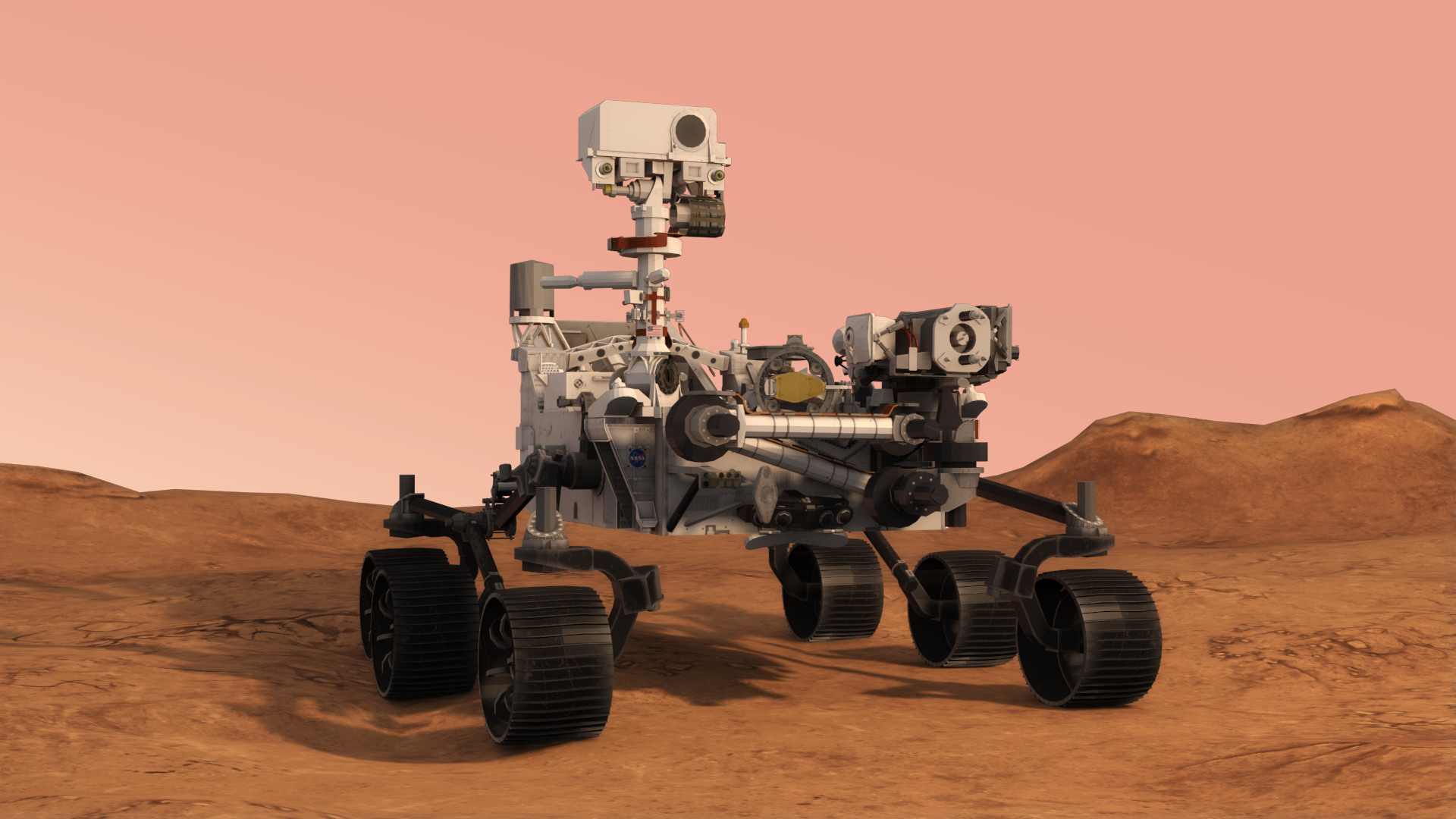 “I’m safe on Mars” isn’t a tweet you see every day.

It’s the update provided by the Twitter account for NASA’s Perseverance rover (@NASAPersevere) after it successfully landed Thursday on the Red Planet. The tweet went out to a rapidly-growing audience of more than 1.2 million followers, with promises of more to come in the future.

The tweet, which gathered more than 480,000 likes as of Thursday night, punctuated a 300-million-mile voyage and coincided with the rover’s 3:55 p.m. EST landing. “Perseverance will get you anywhere,” indeed.

“I’ve come nearly 300 million miles, and I’m just getting started,” the rover’s account tweeted after confirming it was safe.

Perseverance rover successfully lands on Mars:  A key step in NASA’s search for signs of life

Behind those tweets is a five-person team that – like Voltron, as they like to say – came together to create a social media persona for Perseverance. On Twitter and Facebook, the team has worked hard to show that Perseverance is a “boss.”

Hulme, a public outreach specialist for NASA and the person who hit send on Thursdays tweets, said there’s an amazing story that the social media team behind Perseverance wants to tell the world.

“You’re definitely in the hot seat, of course,” he told USA TODAY. “But, just like the rest of the team that’s there in Mission Control, you’re well-practiced. You know what you need to do. Ultimately, we’re trying to just bring everybody along with us.”

READ  UiPath: Why UiPath's Automation-Powered Low Code Applications Will Boost the Adoption of RPA in the Future

Mission to Mars: Explore the Perseverance rover in augmented reality

The character-building process wasn’t about just giving a voice to Perseverance. The rover has a personality, a drive to succeed that informs its choices. Rivera, a digital and social media specialist at NASA’s Jet Propulsion Laboratory who on Thursday monitored Perseverance’s Facebook account, said the character-creation processes included deep thoughts about things like the rover’s hobbies.

According to Twitter, those hobbies are photography, collecting rocks and off-roading.

“For the past few years, we’ve lived with the mission team,” said Carnalla-Martinez, manager for Mars public engagement. “That personality sort of becomes self-evident and very recognizable to us as we work closely with the mission team. Being there every day, we see how different it is from the other robots.”

And the team behind Perseverance’s social media presence isn’t shy about comparisons to past projects.

“If Perseverance is anything, she’s a boss,” said Smith, the JPL’s digital and social media lead. “She’s the biggest, most ambitious rover we’ve ever sent to the surface of another planet. She’s got a rock vaporizing laser on her head, just like Curiosity did.

The Twitter account has been providing updates on Perseverance since March 2020. It got started by letting the world know its name.

#SpaceIsForEveryone: How the landing crew of NASA’s Mars rover Perseverance exemplified for viewers that #spaceisforeveryone

It adds: “I’m headed for Mars: driven to search for signs of ancient life, test new tech to help future human explorers, and collect the first rock samples for future return to Earth.”

A few brands have gotten in on the Twitter fun, including Krispy Kreme (apparently looking to set up shop in space) and Buffalo Wild Wings (hoping for signs of past chicken wings).

Perseverance, nicknamed “Percy” by mission managers, launched in July 2020 and landed in the Jezero Crater on Mars on Thursday. The nuclear-powered, 2,260-pound rover’s mission is to “seek signs of ancient life and collect samples of rock and regolith (broken rock and soil) for possible return to Earth,” according to NASA.

One of the account’s first updates from Mars was a look at its “forever home.” Perseverance will “spend at least one Mars year (two Earth years) exploring the landing site region,” according to NASA.

“The thing I’m most proud of is being really authentic,” Carnalla-Martinez said. “Communicating really complex science in ways that people can connect with and having that voice and that personality that people can grab onto. I think that’s really important, to bring the science to a level that’s understandable.”