The Perseverance Rover is coming to an end of its gruelling six-month journey and has the Red Planet in its sight. Perseverance is currently travelling at around 24,600 miles per hour and is quickly approaching Mars. The mission completes a hat-trick of Mars probes this month, following the success of China’s Tianwen-1 and the UAE’s Hope.

However, the previous two arrivals have stayed in Mars’ orbit – although Tianwen-1 will lower a rover to the surface within the year.

NASA, however, is heading straight to the surface with its Perseverance Rover and will touch down tomorrow.

NASA TV will be hosting various shows throughout the day, with a live stream of the actual event coming in the evening.

NASA TV has been embedded into the top of this page.

Live streaming of the event will begin at 7:15pm GMT on February 18 – which is almost two hours before it touches down.

Perseverance will touch down in the Jezero Crater at 8:55pm GMT.

Thomas Zurbuchen, associate administrator for the Science Mission Directorate at NASA Headquarters in Washington, said: “Perseverance is NASA’s most ambitious Mars rover mission yet, focused scientifically on finding out whether there was ever any life on Mars in the past.

“To answer this question, the landing team will have its hands full getting us to Jezero Crater – the most challenging Martian terrain ever targeted for a landing.”

Landing on the Red Planet is an incredibly tough feat, not least because of the signal delay – which takes 11 minutes to reach Earth – meaning various crafts have had to go in blind, away from human interference.

NASA said: “Landing on Mars is hard. Only about 40 percent of the missions ever sent to Mars – by any space agency – have been successful.

“Hundreds of things have to go just right during this nail-biting drop.” 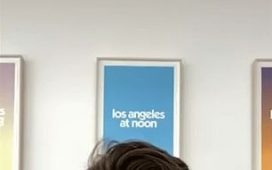 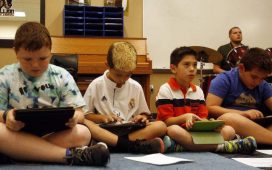 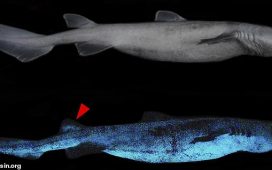