I sometimes question if social media is affecting my ability to form a genuine opinion. Am I tweeting about a news event because I have a point to make or because I want to say something – anything – to prove my finger is on the pulse of the zeitgeist? Do I even like that Rixo dress or is buying one and sharing a selfie in it a way of showing that I know they’re “so hot right now”? Why am I so concerned with sharing my work, as if to say, “Hello world – look at me, I’m doing things”? Is everything I say and think actually just a reflection of the echo chamber of feeds I’ve cultivated?

Michaela Coel called out this need to be constantly “visible” online during her speech at last week’s Emmys. Her words hit me like a bucket of ice cold water: “In a world that entices us to browse through the lives of others to help us better determine how we feel about ourselves and to in turn feel the need to be constantly visible – for visibility, these days, seems to somehow equate to success – do not be afraid to disappear. From it, from us, for a while, and see what comes to you in the silence.”

It’s almost embarrassing how much I needed to hear this. But beyond facing the truth bomb that is this cycle of performance-and-validation, Coel also dared me to do something about it. Something big. “Disappear.” Considering how many people shared her speech on social media over the following days – somewhat ironic, given its message – it’s clear that a lot of other millennials also felt what Coel was saying.

“It really resonated with me because I have gone from chasing prominent bylines to spending long stretches of time working on quieter, deeper projects that are behind the scenes,” Kate Leaver, a 33-year-old journalist in London, tells The Independent. “It’s really helping me to feel prouder of the work I do, to be honest, and I’m a bit more at peace in my personal life.

“I really have enjoyed letting go of the idea that you have to be present all the time or visible on social media or constantly churning out new things. I love the idea of disappearing for a while and popping up again with something when it happens.”

While this approach sounds like a healthier one to embrace, many of us know that disappearing from social media can be much easier said than done. This is the age of comparison culture, after all. Firstly, we’re pretty much addicted to our phones: UK Addiction Treatment Centre said rehab clinics are treating a rising number of people for social media addiction. The growing “always-on” culture that Myers-Briggs Company listed in its 2019 Global Trends Report also demonstrates how our professional and personal lives are becoming more blurred online than ever before.

Dr Becky Spelman, psychologist and clinical director of Private Therapy Clinic, explains that being online can often be a way of creating a personal branding. “It’s quite understandable if people want to build an online reputation,” she tells The Independent. “It can bring in work or money, after all. I even do it myself: I create YouTube videos, for example, which often results in getting more work. However, there’s a fine line between a healthy sense of identity and becoming obsessed with validation, which can hinder your personal growth and self-esteem. Many of us become victims of obsessive online communications that inhibit our ability to accomplish things.”

Spelman says that our brains can find it hard to resist the strong lure of instant gratification. Each time somebody “likes” my tweet or Instagram post, for instance, I am rewarded with a dopamine hit and social validation. Conversely, when considering how the consumption of other people’s posts can affect identity, Spelman adds: “It’s actually scary how much people form opinions based on what they see on social media. Often people forget to question what is right in front of them. I think it’s a lot to do with how much we are taking in, and at such a fast pace.”

The first thing to do is to be honest about whether this is a problem – the response to Coel’s speech proves that, for a lot of us, it is, or at least is becoming, one. “I’m a strong believer in doing a digital detox at least once a year, if you’re able to,” advises Spelman. “In fact, I’m doing one right now: I’ve moved all of my social media over to a different phone, and I only have a business WhatsApp on my phone through the day. Just explain to people you’ll be off-grid for a bit: we really do all understand it.”

We are happier when we’re not in an addictive mode. We know this. Yet, the thought of switching off can fill us with fear, which is why Coel made the point of telling us to not be afraid of sitting in the silence. There is, of course, a positive space for social media in all of our lives, but it shouldn’t ever make someone question their identity. And that’s why I’m excited to rediscover my true reflection in the quiet again. 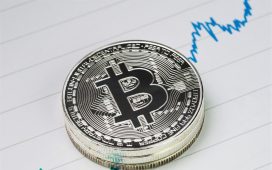 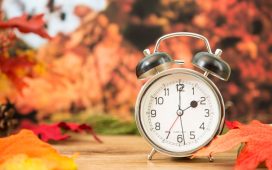 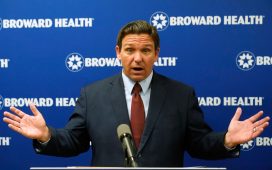