Mercury visible at night: How to see the planet Mercury from Australia | Science | News


How to see the planet Mercury over Australia?

The small planet is typically best seen in September and October in the evening hours, as well as in the mornings of March and April.

On Tuesday night, for instance, the planet appeared over the western horizon around the time of sunset.

Sighting times will, of course, differ across the different parts of the country. 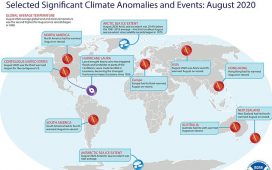 What is ‘tech sovereignty’? | Science|Business