If you’ve been on social media site TikTok in the past year, you’ve likely seen videos of people reacting to sightings prompted by an app called Randonautica, some of which are downright creepy, like a suitcase containing human remains. While the app has also led to equally banal findings, its paranormal-esque vibe makes it a curiosity in its own right.

Randonautica, which is a portmanteau of “random” and “nautica,” boldly markets itself as the world’s first ever quantumly generated Choose Your Own Adventure reality game. The About page on its website states that “The Randonautica app was created to encourage people to venture outside of the day-to-day routine by using a quantum random number generator to derive a coordinate to journey to.” In short, it’s geotagging meets The X-Files, and I am absolutely sure Mulder would be curious about it. (I can’t say the same for Scully, though.)

The app also encourages anyone who uses it to share their findings online with its friendly community. You can peruse all of the interesting, adorable, flat-out weird and occasionally terrifying things people have found by using the app on places like the Randonaut subreddit, TikTok’s search page, or via YouTube compilations like this one (beware language and potentially scary or creepy content):

On the surface, Randonautica claims it can guide users to coordinates that are totally random within a nearby radius centered on their location. It will then have you choose from three types of quantum entropy points: attractors, voids, and anomalies. Users will also need to set an intention before the app can provide you with said coordinates. Apparently, the two main components of Randonauting involve exploring blind-spots (places outside our conscious awareness) and experimenting with mind-matter interaction (the theory that your consciousness can affect the distribution of random numbers), so focus your intentions wisely.

READ  How to Fix Missing Files on Windows 10

To make a long—and honestly, kind of insane—story quite short, your intentions (at least according to Randonautica) can have some influence on the totally random number generation that it uses to triangulate the coordinates it gives you. This somehow has the potential to break you out of the apparently deterministic reality tunnel of existence we’re all trapped in. Shrug.

The app’s creators, Joshua Lengfelder and Auburn Salcedo, claim the app is an attractor of strange things, and that it’s inspired by chaos theory and even Guy Debord’s Theory of the Derive. Lengfelder himself is a former circus performer who had an interest in fringe science like the Fatum Project. If you believe any of this type of stuff, you’ve got plenty of fascinating theories, philosophies, and experiments to sink your teeth into here, including topics like memetic factors, mind-machine interaction, simulation theory, and paranormal vagaries.

And even if you don’t, that webpage still has plenty of fascinating content that merits at least a quick skim. Heck, there’s even a buckwild FAQs page that fields questions over whether or not the app goes against certain religions or if it’s dangerous to use for dark or scary intentions. But if that isn’t your cup of tea (we get it), you can always just download the app and see what weird treasures are lurking in your neighborhood.

If you’re planning on playing the game yourself, here’s what you’ll need to know. Once you open up the app and enable GPS, Randonautica will ask you to set an exploration radius and present you with all of the typical warnings you’d expect from such an app, like “never trespass” and “always Randonaut with a charged phone.” You can opt to stay nearby or, if you’re down with a lengthier drive, expand it to encompass a bigger area. You can also decide whether or not to select water-based points, but you may need to have a boat and snorkel gear ready.

From there, the app asks you to choose one of three entropy sources: an attractor, void, or anomaly. Simply put, attractors are areas where quantum entropy points are densely concentrated (which Randonautica deems highly significant). Voids are the exact opposite, and an anomaly is an area that has already been influenced by human thought. You can find more in-depth descriptions of all of this here if you want, but it’s not necessary for gameplay.

Keep in mind that, no matter what intentions you set for your Randonautica adventure, they may not always line up with the place you’re directed to. Nonetheless, you still might find something else that’s interesting, or even somewhere with a nice view. The app insists it’s a way to “mindfully explore the world” around you, so feel free to read too much into wherever you end up to get the most out of your adventure.

In case you were worried about the app’s implications, Randonautica states that it does not claim to meet academic standards, and that it is “somewhere in the middle between a game, science, art, and spirituality. We’ll explain to you what we are doing and it’s up to you to decide if it’s nonsense or there’s something more to the phenomena.” For what it’s worth, you won’t find any scientific evidence on Google to back up any of the claims the app makes.

If some or all of this sounds like gibberish, it probably is; however, that’s precisely what makes the app so intriguing.

Honestly, the app’s overall vibe seems similar to those of seances, tarot readings, and stuff of the like as it kind of pushes you to find whatever it is you want to find rather than what may actually be (or not be) there. And as I hinted at earlier, it also reminds me of legendary ’90s TV show The X-Files, and specifically, the character of Fox Mulder. Because his little sister was abducted, he dedicated his life to finding her or at least finding out what really happened to her. He was so driven to find these answers that he willingly believed just about any angle he could grasp. Remember his iconic “I Want to Believe” poster?

So, if you’re on the fence about whether Randonautica is pseudo-scientific nonsense or may actually be on to something bigger, it’s up to you to download the create-your-own-adventure game and decide for yourself. Maybe you’ll find the random cat, field of flowers, or creepy forest statue you were apparently so intent on finding. Enjoy the adventure. 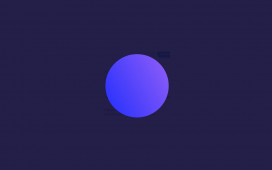 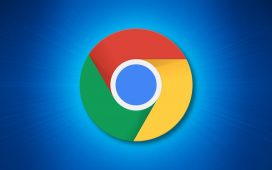 Automate Inputs to Linux Scripts With expect – CloudSavvy IT 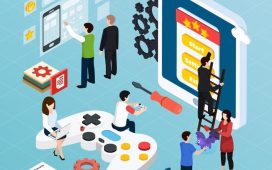 Design Your Own Video Games with This Pay What You Want Bundle « The Hookup :: Gadget Hacks 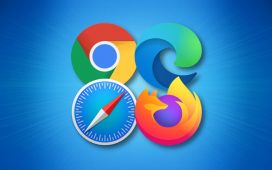 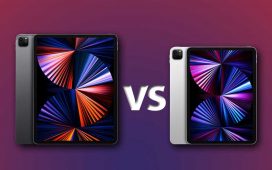 The display is the decision