Dillion Swindle of Oxford had just gotten his dream promotion and relocated to Louisiana when COVID-19 smacked the nation in 2020.

“I’d been wanting this job for five years,” said Swindle, who had become an AT&T systems manager in Louisiana.

Within six months he was back in Oxford, working from home, processing escrow accounts for home mortgages and watching out for signs of COVID-19 in his aging parents. “Just in case someone got sick, I didn’t need to be eight hours away,” Swindle said.

Brandon native Joe Turner, a magician/musician/motivational speaker based in the Atlanta metro area, was on a cruise ship in Guam and desperate to get to his next scheduled appearance. “The biggest contract of my career was on February 25. I was thinking that I needed to get home—I can’t miss that,” Turner said.

A month later, his entire calendar for the rest of the year disappeared as companies raced to cancel events to stem the widespread pandemic.

COVID sent both into a mental health descent that had Turner contemplating suicide.

A Kaiser Family Foundation Health Tracking Poll from July 2020 found many adults in the U.S. were reporting specific negative impacts on their mental health and well-being, as well as increases in alcohol consumption or substance use and worsening chronic conditions from worry and stress over the coronavirus. The Washington Post reported that a Census Bureau pulse survey in November 2020 found four out of 10 adults, 43%, said they suffered from anxiety or depression.

Globally, the World Health Organization in a scientific brief released in March found anxiety and depression increased 25% because of the pandemic. And the Government Accountability Office warned in December, “The pandemic is potentially driving another national crisis related to its effects on behavioral health, with people experiencing new or exacerbated behavioral health symptoms or conditions.” It noted that among those with a higher risk of behavioral health effects are those with previous behavioral health conditions. People like Swindle and Turner.

‘The isolation has left its mark’

Swindle was diagnosed with anxiety and put on medication. “I feel an overwhelming dread at times — I mean, turn on the news for five minutes,” he said.

Turner said he faced what he termed an existential crisis of confidence. “I was in a whirlwind of investing over 20 years into this kind of work and wondering if it would even exist in a year,” he said.

Bonner said what happened “was just a pile-on.”

“I saw the anxiety and stress that COVID brought to people and families from everyday stresses, then COVID on top of that,” Bonner said. “Very few people have been through a pandemic before — the last one we had was a hundred years ago!”

Bonner said the cumulative effects of the pandemic can now be seen in how people are changing how they work, how they school their children, how they care for their parents and each other, how they spend their leisure time—and that was unnerving to people she is seeing in her practice, beyond even the horror people had of getting COVID-19 in the first place.

“The isolation has left its mark on us.” Bonner said.

Swindle said he turned to his wife, Jessica, his family, and others for support through his anxiety. His job change helped him a great deal with his pre-existing attention deficit disorder. “Working on my own is good for me,” he noted. “I can stay home and still provide.”

Turner buckled down to provide livestream magic shows and piano performances, building a studio in his office to work in and perform on. He got a mention in a New York Times article for his show, then saw it listed in the Sunday edition’s recommended events. But the allure of online work soon wore off as 2020 began to give way to 2021 with no end to the pandemic in sight.

“I had had enough of sitting in this office doing shows,” Turner said. “I was super angry at God. I was pissed off.”

Turner had suffered through depressions before — but those periods had never turned lethal, as this one almost did in December 2020. He started feeling that suicide would be a way out of his problems and knew then he needed professional help.

He started interviewing therapists with one ironclad rule in his mind—if any one suggested reading the Book of Job in the Bible, he was hanging up. “Don’t try to Jesus me out of this,” Turner said. “I didn’t want to be Job’d or Promise Keeper’d.”

Both men noted they made significant strides in overcoming their mental health challenges through the pandemic. Swindle said he was able to start weaning himself off of Prozac and Adderall in January 2021 and finished doing so in July. He began taking CBD products instead, buying CBD “gummies” from stores in Oxford. Research has shown it beneficial in relieving symptoms of anxiety and depression. Swindle acknowledged that time has changed his perspective on his problems.

“That’s one of the hardest things about being an adult is accepting there are things you can’t control,” Swindle said.

Turner said he started controlling what he let into his mental space after the pandemic — no talk radio, no TV news, no more engaging strangers in arguments over social media. He began attending a Bible study about growing up emotionally, read books that helped him enhance his speaking and magic skills, and stopped following his beloved Mississippi State University Bulldogs sports events so intensely.

“I have intentionally curated my media consumption,” Turner said. “I’ve tried to focus on taking away things that hinder my progress.”

Bonner said that many of her clients came to her questioning how to restructure their lives after the pandemic. “People feel a lot of pressure to go back to the way they were working in 2018 and 2019,” she said. “People are beginning to say, do I really want to live that way now?” 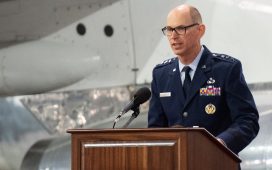 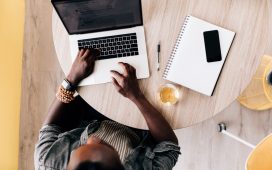 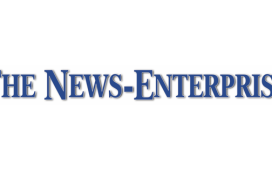 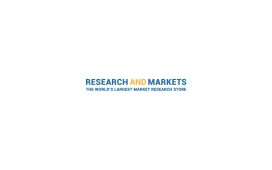