Marvel Unlimited Review: Should Comic Fans Subscribe to It?


Reading comics is a timeless hobby that has seen its ups and downs with every generation. Timeless characters and stories have come out of the pages of comic books. Fictional superheroes and events have been a big part of people’s childhood and adult life. And many of these characters and events are part of the Marvel Universe. However, not anyone can go to a comic book store to buy Marvel comics. So what solution has Marvel come up with? Marvel Unlimited.

What Is Marvel Unlimited?

For those not in the know, Marvel Unlimited is a digital subscription service from Marvel Comics. In essence, it’s a Marvel Comics version of Netflix or Spotify. Which is a cool thing to see, and great for fans that want to catch up on specific issues. The library of comics that’s available on the service is pretty big, it has comics that were published in all the years from 1961 through the present.

If you’re looking for titles from other publishers, here are the best sites to read comics for free.

How Updated Is the Marvel Unlimited Catalog?

Marvel Unlimited makes sure that the comic book catalog they have is updated constantly. Usually, these updates are done weekly, usually with the latest Marvel comic books that are out and available for people to read, from Civil War, Spider-Verse, and Avengers to Infinity War and more. The latest comics available to Marvel Unlimited users are usually just behind by a few months from their publication date.

In addition to this, the service also shines a light on some comic book series that are recommended by other readers in the subscription service. There are also new creator guides, character introductions, and a whole lot more. More information about this in the next sections of the article.

Finally, there are also editor-curated comic book sets that are tailor-made for those that want to follow a series in order. So if you’re looking to start the adventures of Iron Man from the very beginning, you have the opportunity to do so.

It’s pretty easy to sign up for a Marvel Unlimited subscription. There are only a few things that you need to do.

The platform doesn’t require that much. You just need to be of good social standing in the eyes of Marvel before you can register for the subscription service. But other than that, there’s one other thing that you have to consider, and that’s how you’re going to pay for the subscription fees.

Marvel Unlimited has some options if you want to go for their service. But one thing that you have to take into account is that the currency that’s being used is USD. To pay for a subscription, you need to have either a Mastercard, Visa, or American Express credit card or debit card. You can’t do this using PayPal, or other similar payment platforms. Thus, you should have a credit or debit card available before going for any of the subscription tiers.

What Is Marvel Unlimited Plus?

The standard plan already offers you access to nearly 28,000 comic books every year, but with Marvel Unlimited Plus, you can get all that, plus some physical merchandise every year. Currently, Plus members get a limited edition “Hasbro Marvel Legends Ms. Marvel: Spider-Man Costume” action figure, Iron Man: Unmasked by Skottie Young, a logo patch of Stark Unlimited, and two comic variants Iron Man #1: John Tyler Christopher Blueprint Variant and Iron Man #2: Salvador Larroca Variant.

Additional benefits include direct invites and access to exclusive Marvel Events and a 10% discount on Marvel merchandise.

A few things to take note of on the last benefit, though. The offer is only available for Marvel Unlimited Plus members in good standing (though this is decided solely at the discretion of Marvel). Also the discount is only available to use on shopdisney.com. In addition to that, the coupon can only be used on select Marvel products and not all of the products available in the Shop Disney catalog. And finally, you can only use said offer once a month.

How to Use Marvel Unlimited Features?

Before we start, we should point out a few things that are related to Marvel Unlimited’s subscription service so that people can make an informed decision on whether or not they want to purchase it.

The first thing to note is that Marvel Unlimited nomenclature is a bit misleading. It should be stated that the subscription service doesn’t have all of Marvel’s various comic books throughout the years. There might be some missing, or they aren’t added into the service yet. Either way, when Marvel Unlimited says “Unlimited,” the service is referring to the fact that users can read the comics whenever and wherever they want until they have to renew their subscription.

As of right now, there is a six-month wait period before they release their newest issues. However, if users want to play catch-up with Marvel’s immense catalog of comics, well, they’ll hardly ever run out of comics to read ever.

How to Get the Marvel Unlimited App?

Before you can start exploring and taking advantage of your subscription, you need to have the Marvel Unlimited app first. The app is available for all Android and iOS devices.

How to Look for Comics on Marvel Unlimited?

Browsing in the App vs. PC

While it’s possible to browse and read comics through your web browser, we highly recommend downloading the app to your mobile. It’s because it can be incredibly hard to navigate the website when looking for comics.

After downloading the app, click on “Browse” and you’ll see an exhaustive list of all the comic series available in the app. Do note that you won’t have the capability to read the comics in question if you aren’t subscribed to the service. However, you can still see and review the available library.

On the other hand, if you’re browsing on PC, there’s one thing you need to keep in mind. Once you’ve logged in and are in the Comics section, avoid the Marvel Unlimited section go straight to the Browse section. It’s here that you can easily browse comics by series, creators, events, crossovers, and characters.

Other Things to Take Note Of

When the Marvel Unlimited mobile app launched, any ongoing series that the service has is marked using bold text. In general, this is a good thing, because even if there might be some missing issues, there’s still a chance that these issues will be added in later.

Finding out whether the comic series that you want to read is available on the service is now just a simple matter of selecting said series and then filtering the comics through the use of the Marvel Unlimited checkbox. For any of the lengthier series in the catalog, some should change the Most Recent sorting option to the Oldest. This helps users to identify where the available Marvel Unlimited comics begin, as well as where any gaps might show up on the catalog along the way.

Finally, users also can verify if a comic is included in the subscription through the little “U” graphic icon located in the right-hand corner of the comic book’s cover.

Now if you’re someone that likes to keep your data usage in check, you might be interested in downloading comics for offline reading. There’s only one downside to this, and that’s the fact that you can’t download comics that you don’t own. Or titles that are not available on Marvel Unlimited. But given that the subscription service has nearly 28 to 30 thousand comics on hand, we’re pretty sure that you’re still good to go.

The Marvel Unlimited subscription service is usually accessed by streaming the comic content that you wish to read from the internet. However, if you’re using the Marvel Unlimited app, you can choose up to 12 issues to read offline. These comic book issues can be downloaded for offline perusal on your mobile device so that you can read them, even if they don’t have an internet connection.

Yes, that’s right. You can’t download comics on a PC, which is a sad thing. However, that might be because there’s a good chance that the issues will be copied forever on the PC through specific methods.

Here’s a step-by-step guide on how to download comics offline:

How to Buy Comics?

This is where there might be a bit of confusion between another similarly named app called Marvel Comics App. It’s important to note that compared to the Marvel Comics App, you don’t need to buy comics on Marvel Unlimited. The moment that you pay for the subscription service is the moment that you gain access to thousands of issues. So long as you remember that these comics are always six months behind.

As you can see above, Marvel Unlimited is a great way to catch up on comics. It’s because it constantly updates itself with new issues every six months. Plus, you have a pretty wide catalog of comics to read. However, the six-month updates are a drawback for those that want to read recently released Marvel Comics. 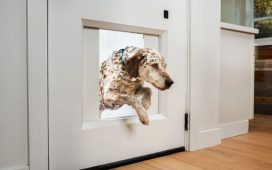 Why Chamberlain built a $3,000 automatic garage door for your dog 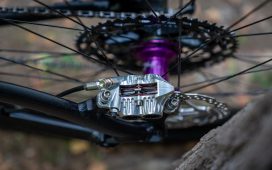 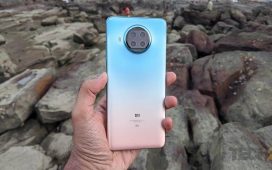 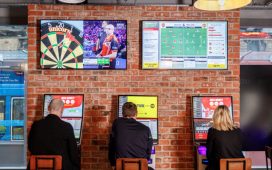 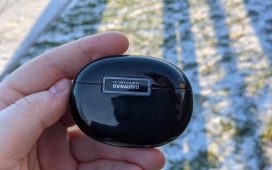 What is Signal? Private messaging app is booming after WhatsApp exodus

Sonu Sood opens up on providing smartphones to students

Nao Spirits, maker of Greater Than and Hapusa gins, raises $2 million in Series A funding round 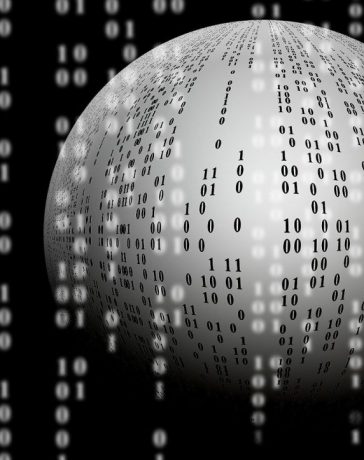 Life science data, imaging business with 2,300 employees launches, has an HQ in Durham

This UK startup empowers car dashboards to display information, directions and points of interest as holograms

New car sales fall 26.5% on back of latest lockdown

US IT jobs and salaries stalled in 2020, but a slow recovery is under way

How IT must adapt to the emerging hybrid workplace