The Mars rover is nearing the end of its six-and-a-half month voyage through space and faces the most challenging hurdle yet: the landing. NASA’s Perseverance will plunge into the Red Planet’s paper-thin atmosphere at breakneck speeds, targetting a 28-mile basin known as Jezero Crater. Scientists are certain Perseverance is equipped with the right tools to determine whether life was ever present in the crater.

Mars Landing: What you need to know about the NASA mission

Perseverance is expected to touch down on Mars after a nail-biting seven-minute landing sequence dubbed by NASA the “seven minutes of terror“.

Because there is an 11-minute delay in communications between Earth and Mars, the rover will attempt to land without external guidance.

The Mars landing has touted as the toughest but most ambitious mission to Mars yet.

Perseverance is preceded by the Curiosity rover, which landed on Mars in August 2012 and is still going strong.

Wherever you are in the world, you can watch the Mars landing live online here.

And follow Express.co.uk below to see all of the latest news and updates from Mars.

READ MORE: How to watch in the UK NASA’s Perseverance touch down on Mars today

5pm update: NASA should be prepared for ‘terrifying’ surprises

NASA should be prepared for terrifying surprises, an astronomer has warned as the machine zeros in on the planet.

Dr Daniel Brown, an astronomy expert at Nottingham Trent University, said: “This is a really exciting mission, bringing a host of highly-advanced equipment to the surface and landing in an area that could not be more promising to find traces of life.

“What a climax to the past few days of Mars missions. Perseverance will land on the surface of Mars after having undergone the so called seven minutes of terror.

“These start at 20:48 GMT when the lander enters the thin Martian atmosphere to undergo aerodynamic braking.

“This is then replaced by a parachute slowing the probe further down; it is then followed by the trademark ‘sky crane’ powered descent that will lower the rover onto the surface.

“Terrifying, because you never know what Mars throws at you for surprises while the lander carries out these complex manoeuvres by itself.”

4.30pm update: NASA warns the hardest part is yet to come

Due to the 11 minutes it takes signals from Perseverance to travel back from Mars to Earth, the craft is going in without human interference.

This means the feat needs to be achieved through pre-programming.

Perseverance is currently travelling at more than 47,000 miles per hour.

However, it has been programmed to “slam the breaks” as it cuts its speed in half in just a matter of minutes.

“The most dangerous part comes last: the final seven minutes.”

It will take NASA’s Mars rover about seven minutes to descend through the Red Planet’s atmosphere.

During this sequence, Perseverance will act autonomously and without interference from the outside world.

TV scientist and particle physicist Brian Cox wished the rover good luck but said it will be a white-knuckle experience.

He tweeted: “This will be magnificent and absolutely unbearable to watch as always ….. ! Good luck @NASAPersevere!”

Others have also shared their excitement about the Mars landing on social media.

Mars landing live: The landing sequence is known as the ‘seven minutes of terror’ (Image: NASA)

Perseverance will answer the most exciting of questions – are we alone?

The primary goal of the Mars landing is to explore Jezero Crater for evidence of ancient alien life.

Perseverance will collect and analyse rock samples for chemical biomarkers – potential signs life once existed in the crater.

Scientists believe Jezero once flowed with water when Mars resembled a young Earth some 4 billion years ago.

If water was present on the surface, it stands to reason so was simple, microbial life.

Hannah Barnyard, an astronomer at the Royal Observatory Greenwich in London, told Express.co.uk: “The question of is there any other life in the Universe is one that excited most people.

“If there is evidence to suggest life once existed on our next-door neighbour, it indicates life may be prevalent throughout the Universe.

“The discovery of life on another planet would not only change the scientific community but would impact the entire global consciousness as we comprehend the fact that we are not alone.”

Jezero crater: Where Perseverance will search for alien life

The NASA rover will land inside of ancient lakebed and impact crater called Jezero.

The crater was selected by NASA’s scientists because it once flowed with water and was the site of an ancient river delta.

Jezero was selected from among 60 other candidate locations on Mars.

NASA said: “After the exhaustive five-year study of potential sites, each with its own unique characteristics and appeal, Jezero rose to the top.”

Jezero measures about 28 miles across and sits on the western edge of the Isidis Planitia plain.

The features are located just north of the Martian equator.

Perseverance will land about  2,300 miles away from where Curiosity touched down in 2012, in the Gale Crater.

If oestrogen can save women from the worst of Covid, they should be given it | Coronavirus 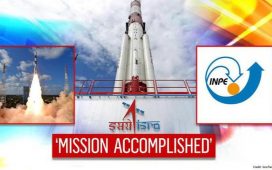 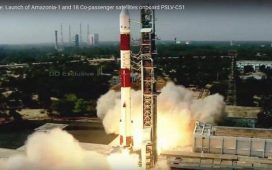 Covid vaccine does not affect fertility but misinformation persists | Society 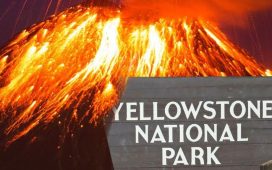 Yellowstone volcano ‘supereruption’ would cause devastation across US | Science | News 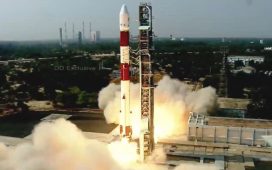 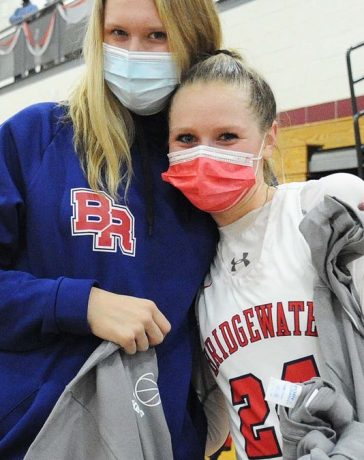