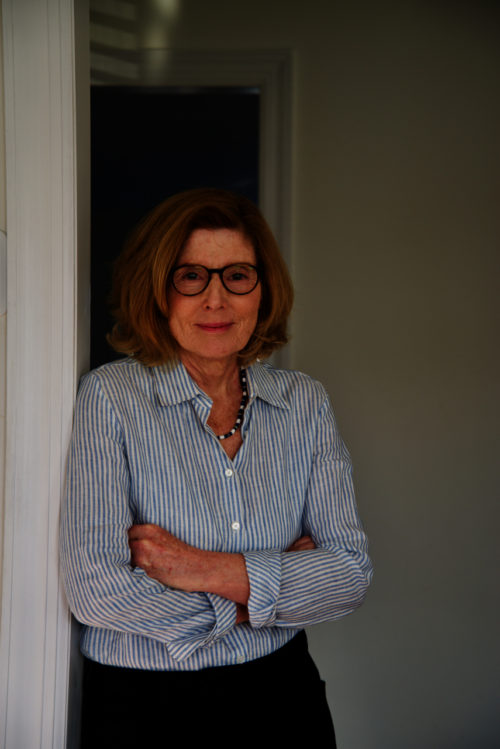 This is Maria Danzilo’s first interview, ever. A candidate for the District 6 City Council seat from the Upper West Side, Danzilo, 64, has not been in the public eye before; she spent her entire career—34 years—in the private sector, as in-house counsel to John Wiley & Sons, a technical and scientific book publisher. Before retiring four years ago, she helped shepherd the company through the Amazon invasion of the book business in the 1990s, and would like to do the same for small businesses in the neighborhood. She spoke about that issue and others in a recent phone conversation with WSR.

This interview has been condensed and edited for clarity.

Maria Danzilo: I experienced the disruption of my industry by technology from day one, and how we got through it. I worked with big tech to find ways to survive and thrive. I think there’s a lot of opportunity for small businesses to be successful and to use tech to their advantage. That’s where my skills could be helpful.

I’ve been living on the Upper West Side for 40 years. I raised three children here. It’s hard to be in the neighborhood now and not see that it has been somewhat destabilized. I think the pandemic has brought a lot of it out. I feel a real calling to public service, given how many challenges we’re facing. I have very strong business/legal experience that I want to use for the benefit of the community.

West Side Rag: Everybody wants to fix the small-business crisis. What would you do specifically?

MD: I would start with the regulatory environment. I have a Master’s degree in trade regulation and I know and understand regulations: how to read them and the pros and cons. One thing I’m hearing over and over again from small businesses is that they’re drowning in regulations. I’m sure many of them are good and needed, but many might require a serious rethink. Also, how are we taxing our small businesses? Are they being overly fined, a cash cow for the city? Small businesses are a wonderful way for our immigrant communities to get a foothold in the city, either by working in or owning them. Are our tax and regulatory structures reflecting the philosophy of respect we need to help them be successful?

WSR: Playing the Devil’s advocate, is it possible that small businesses have had their day? Has the pandemic sealed it with all of us ordering everything online? Are their days numbered?

MD: I love the question! I think about the way Leonard Riggio, who owned Barnes & Noble, responded when Amazon was making huge encroachments in the book business. He said, ‘There will always be a place for the bookstore in our culture.’ He meant live, brick-and-mortar bookstores. We need brick-and-mortar stores in our neighborhood—restaurants, gyms, retail shops, services. They build a feeling of community and engagement, and provide jobs. There will be a reimagining of the kind of businesses that will thrive and be successful, but, ultimately, communities need them to bring people together.

WSR: A related issue, what about all the scaffolding that’s hurting a lot of small businesses? Take Hi-Life Bar & Grill on W. 83rd and Amsterdam, the scaffolding’s been up for seven years.

MD: I’d love to take that issue on. I’d love to dig into it, understand what’s going on with that scaffolding. I can’t wait to do the deep-dive jobs. I believe engagement with constituents is essential.

WSR: What would you have done if you were the City Council person during the whole Lucerne controversy? Are or were you aligned with either the UWS Open Hearts Initiative or WestCo?

MD: First of all, the court has ruled on The Lucerne and we have to honor the decision. Unfortunately, it turned into a very contentious and divisive issue. What I would have done is to find ways to bring the community together, not divide it. What our elected leaders did was divide the community—even use the divisiveness for political gain by grandstanding press conferences, sponsored by Open Hearts Initiative, that did nothing to address the issue. I hear the concerns of my neighbors about how things were handled by DHS and the provider: the lack of oversight, community engagement, and transparency, and I hear the concerns of the homeless and their advocates. But I refuse to believe that one side has a monopoly on compassion. We need to address homelessness, and I am not afraid to take it on directly. I am aligned with solving the problem.

WSR: Lately, you’ve been using the hashtag #savetheuws on Twitter, which has become a rallying cry for groups opposed to housing homeless men at The Lucerne, and you’re getting some positive attention from those groups. Is that intentional?

MD: I did not realize the possible implication of the hashtag. I use several different tags, and I have used this one because it reaches a large audience and I believe in the message. We do need to save the UWS, and I think the way to do that is to elect new leadership to help us move forward and bring people together to address the issues facing our neighborhood. However, I am not going to use it going forward to avoid any confusion.

WSR: What other issue is deeply important to you?

MD: Clean and safe streets. We must prioritize safety. There’s been a real uptick in crime; it is not the West Side we know and love. One thing we need for sure is our fair share of safety dollars. City Council members are in charge of the budget. We have to look at the whole issue of the police budget—how and where we’re spending money—and make sure the officers are on the street, doing the work they’re supposed to do, and that there’s proper reporting of crime and follow up—all of the things we need to address crime and quality of life.

WSR: What’s your position on the City’s decision to eliminate testing to get into Gifted & Talented programs in our schools?

MD: I think it’s a mistake. I think we should retain G & T programs as is, with certain caveats. The City feels it’s become an unfair system in terms of access, that some kids are better prepared than others for the entry test. So they’d go to a lottery system. I say, can we instead help kids be better prepared and provide more opportunity for them to get into those programs, rather than just get rid of them? We need more outreach, more communication, more enrichment, more support, more inclusion. Plus, the decision was made without any community input; it was just announced that they were abolishing them; there was no discussion. When I started seeing how we were doing things on the Upper West Side…these community board meetings…the lack of transparency and engagement with the community…this is not the way you have a good, functioning government.

WSR: Can you beat Gale Brewer?

MD: I don’t know, but let me say first, I find it completely obnoxious that anyone would think because she’s been around a long time, she should not run. To me that’s just ageist. If we looked at age as a criterion for whether you’re qualified for public office, we wouldn’t have Joe Biden. So let’s forget that argument. To me, Gale is representative of a way of government that is not working. We have so many issues, we’re spending so much money, and we’re not getting anywhere! And the idea that you should just play musical chairs with the jobs and everyone is entitled to another job when their term is up—that kind of thinking is getting us into trouble.

I have no aspirations for higher office. I want to roll up my sleeves and work on the City Council for the term, then return to the private sector. I’m not a career politician. That could give us a break from where we’ve been and allow us to look at things through a lens that might move things forward. We need to acknowledge in a real way that this is a time in history like we’ve never had before. This pandemic has brought huge problems to the city, and it’s going to take a different mindset, a different kind of leader to move us forward. I think I have the passion and skill set for it.