Make your own promotional videos the easy way


Smart phones, webcams, and YouTube have made it simple for anyone to record and share video. But adapting your visual creations for business purposes isn’t so easy.

If you want to overlay text, add background music, splice in B-roll, or add slide shows to your message, you’ll need to load your recording into a desktop or cloud editor and monkey with the controls, which are unique to each platform and are less than intuitive, in my experience. And let’s be honest, most of us haven’t a clue how to create a compelling video in the first place.

The Zoomification of business has made video such a mainstream medium that learning how to tame it can boost anyone’s career, but most of us are just getting started. Vidyard’s recently released State of Virtual Selling report found that 72% of the sales professionals it surveyed classify their video recording and editing skills as either “beginning” or “emerging.”

Video is valuable for more than just meetings, said Tyler Lessard, Vidyard’s chief video strategist. “We want to tell stories visually, but we often have to wait until we can book a Zoom call,” he said. “Why not send a short video instead?”

Vidyard started out a decade ago as a video-hosting service but pivoted about four years ago to add tools that enable users, who are primarily sales professionals, to record, customize, and send messages via email. That line of business has attracted more than 4 million customers and now makes up more than half of the company’s revenues. Sales and subscriber numbers more than doubled last year as video communication became a daily part of doing business, Lessard said.

Vidyard isn’t heavy on technical features but rather focuses on ease of use. The service makes it easy for people to record a short video on their webcam or phone, overlay text and background music, and intermix screen shows with commentary from a talking head. From there, it’s easy to plug the final product into an email or post it to social media. Sales teams can share and learn from one another’s videos, as well as pull together playlists that step a prospect through a demo or show off the company’s subject matter experts.

Other companies that provide similar services targeting small business and sales and marketing pros include BombBomb, Wistia, and TwentyThree, while Brightcove aims at the enterprise market. All are primed to take advantage of what should be a fast-growing market in the age of remote work. Business leaders now routinely use video to communicate to their teams, teachers to instruct virtual classrooms, and small businesses to show off their services and venues.

Creating professional-looking video has always been an expensive and time-consuming process, but these services companies are making the basics simple. So is Canva, a Sydney-based online graphic design platform with an eye-popping valuation of $40 billion, which this week rolled out Canva Video suite. It’s a set of video creation and editing tools intended to make it possible for “everyone to design and publish professional-quality videos.”

The cloud service features an easy-to-use video editor, along with hundreds of templates optimized for services such as TikTok and Twitch. The company’s library of photos, graphics, audio tracks, and images now numbers more than 100 million used by 60 million monthly users.

See also  Teams and Webex: What if Microsoft and Cisco merged their platforms?

A survey of 1,300 knowledge workers that Canva recently fielded found that the demand for video “has permeated all functions, from marketing to internal communications,” but that while 76% of respondents said video could improve employee engagement, about 40% cited the lack of tools or technical skills as an impediment to adoption, said Rob Kawalsky, the company’s head of product. “There’s no shortage of tools, but they are super complex,” he said.

Canva also supports group editing and has features that let a small design team produce branded templates and share them for use by others. Gracie Barra, an operator of more than 700 franchised Brazilian Jiu-Jitsu training centers, uses that feature to let franchisees produce their own localized videos while preserving the company’s branding and easily incorporating approved B-roll. Previously, “everyone was producing their own marketing. It was painful: Comic Sans multicolor design,” Kawalsky said.

The fact that you can produce promotional videos more easily than ever before doesn’t necessarily mean you should. “Video can amplify you, which means it can also amplify negative things,” Lessard said. Monotone delivery, long-winded messages, and overt promotion can backfire. On the other hand, production values that are too slick can detract from the human touch.

“The purpose of making a video is to let you be you,” Lessard said. “It’s about connection, not perfection.”

That’s why a big part of Viyard’s service is a library of successful examples uploaded by its sales and marketing customers, along with a Video Inspiration section that offers examples to get your creative juices flowing. Both are free, as are many examples and templates from Canva.

Technology is democratizing one of the last forms of media to resist simplification. While I don’t think Ken Burns is losing any sleep over this, I’ll be happy to see Comic Sans multicolor go the way of the dodo. 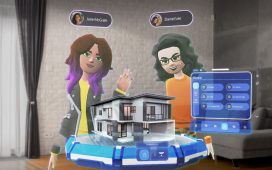 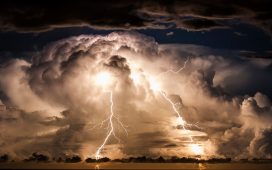 Use AI to weather the upcoming data deprecation storm 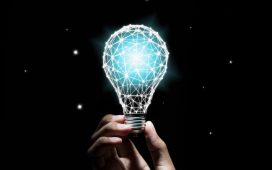 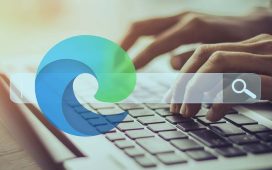