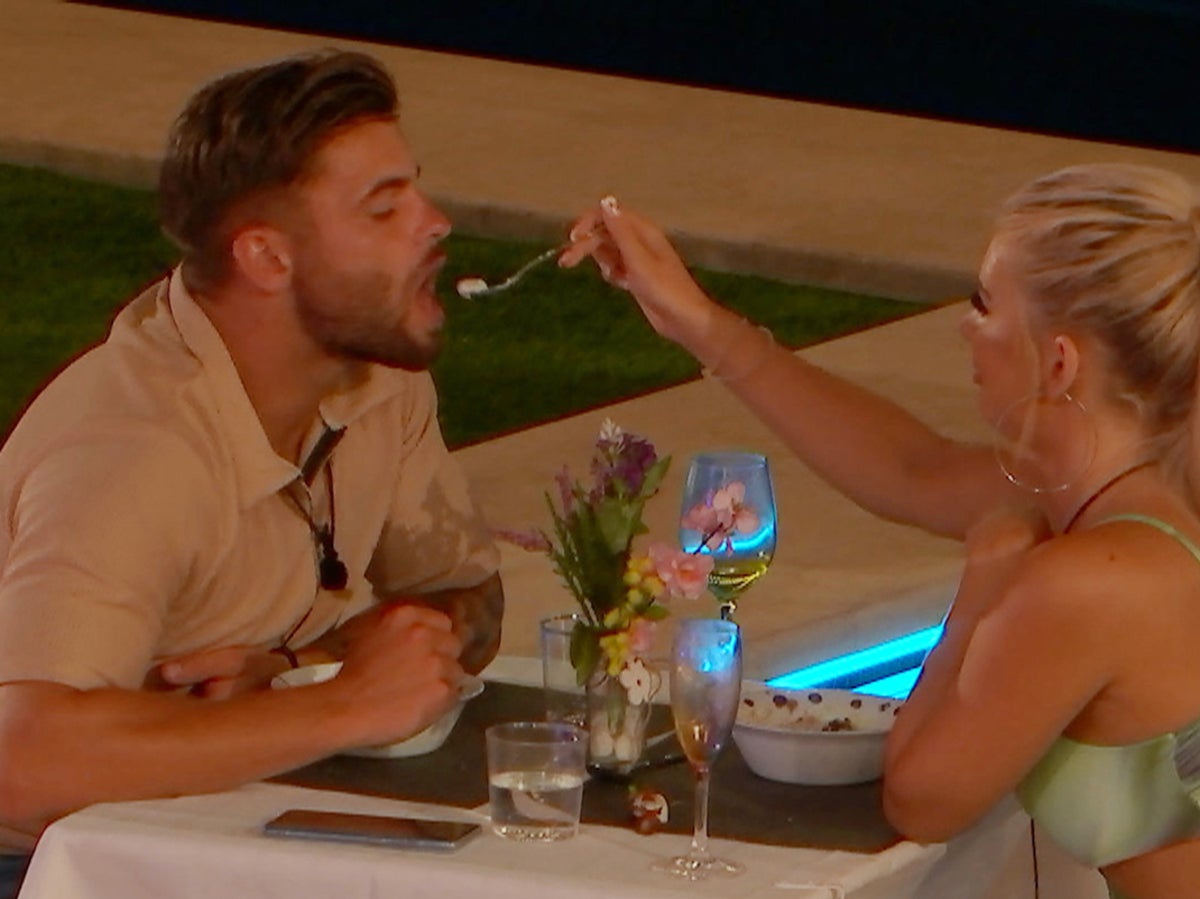 The cast ofLove Island eat a roast dinner every Sunday, despite spending the summer in the Spanish Balearic island of Majorca.

The contestant’s dining habits were revealed in a Reddit Ask Me Anything (AMA) with Love Island executive producer, Mike Spencer, on Wednesday 25 May.

While Love Island often shows the hopeful singletons discussing breakfast – season five’s Curtis Pritchard broke up with Amy Hart because he wanted “get up and make everyone a coffee” instead of cuddling his girlfriend – there’s little talk of lunch and dinner.

“What do they typically eat at mealtimes?” one Reddit user asked.

“I assume you have a team of chefs on-site for the islanders and production crew. Do you all eat together?”

As Pritchard’s declaration suggests, Spencer confirmed that contestants are left to their own devices when it comes to preparing their breakfasts.

“We cater for them at lunch and dinner,” he said.

Despite spending eight weeks in Majorca, which has an average temperature of around 30 degrees Celsius in the summer, they eat a typically British dinner every Sunday.

“They have a real mix of foods, everything from lovely fresh salads to roast dinners on a Sunday! Even in that heat they still have a roast dinner,” Spencer added.

Also, during the AMA, Spencer addressed fans’ pleas for the show to cast fewer influencers and a more diverse cast.

One person asked: “Why so many influencers. Why is the age of cast members also decreasing? Why can you not only find a more diverse cast but also a cast with diverse tastes?”

Spencer said the show mostly seeks contestants aged between 18 and 30, and that the main requirement is “being single and looking for love”.

“I wouldn’t want to group everyone with a social media presence as ‘influencers’ and judge more on the individual personality of that person,” Spencer said.

“I think we have lots of people who have had a variety of job roles across the years.”

Love Island is set to return to the small screen on 6 June, ITVhas confirmed.

This year’s cast members will wear second-hand clothing after the broadcaster announced a new partnership with eBay last week.

Love Island famously partnered with fast-fashion retailers I Saw It First and Missguided for previous seasons.