Funds to the tune of £40,000 have been invested by City Hall for the iREPORTit mobile app, which has been created in partnership with the national Counter Terrorism Internet Referral Unit. The app will allow British citizens to use their smartphones in reporting terrorist content online to the police ­– quickly, effortlessly and anonymously.

According to a research by City Hall, about 80% of Londoners do not know the proper way of reporting online terrorist material. Consequently, City Hall introduced its first ever CVE Mayor’s Civic Innovation Challenge encouraging London’s leading tech companies to invent an innovative solution that could not only reduce terrorist content online but also simplify the method of reporting such content anonymously, using smartphones. Raven Science came up victors and created iREPORTit.

The app, which will run as a three-month pilot, can be downloaded for free on Apple and Android devices. Users can flag suspected online terrorist content in three quick and easy steps. Totally anonymous, these reports will be directly sent to the national Counter Terrorism Internet Referral Unit (CTIRU), which has successfully deleted thousands of links to terrorist material, while helping in over 500 counter terrorism investigations in the last two years, nationwide.

The Covid-19 pandemic along with its lockdown restrictions has witnessed rising online disinformation that has been used by all kinds of extremists to promote their brand of hate and violence. These have been exemplified by last year’s attacks in Reading and Streatham, aside from numerous other terrorist schemes thwarted by the British police and security services.

City Hall has already invested £6m in supporting terrorist victims besides tackling all forms of hate. iREPORTit is the latest phase of the Mayor’s Countering Violent Extremism (CVE) programme, which has already seen an investment of about £800,000.

The Mayor of London Sadiq Khan declared: “We know terrorists and extremists are set on exploiting the uncertainty and anxiety caused by the pandemic for their own gain. With more people than ever online for longer periods, often at home alone or in isolated environments, I’m determined to do everything I can to counter that threat and help keep Londoners safe.

“Working closely with the national Counter Terrorism Internet Referral Unit, I have funded the iREPORTit app to make it easier for people to report extremist content quickly and anonymously from their mobile phone.

“We know terrorism does not recognise borders so this app will be available to all Londoners and everyone across the UK. However, we urgently need the Government and tech firms to step up and do more now to prevent the rapid spread of terrorist and extremism material online. Insidious voices are growing louder online, and we must all work together to counter hate, intolerance, extremism and terrorism.”

Suspected online terrorist material can also be reported at www.gov.uk/act

Assistant Commissioner and head of Counter Terrorism Policing Neil Basu said: “Every time a member of public sends the Counter Terrorism Internet Referral Unit a link to material which is terrorist or extremist in nature, they are helping police in the international fight against terrorism. Specialist officers are ready and waiting to look at each and every single referral sent via the app.

“Where material breaches UK terrorism legislation, they will seek its removal, even if the website host is based in another country, because every piece that is removed from the Internet is no longer out in the ether, potentially radicalising vulnerable people and encouraging them to cause serious harm to others.”

London Counter Terrorism Advisory Group Chair and Groundswell Project founder Hadiya Masieh said: “In 2014 when DAESH began to groom and recruit scores of vulnerable young people on almost all social media platforms, it was a shock to our system and our communities felt helpless. Apps like iREPORTit will ultimately help us to safeguard our children and protect the UK from all forms of extremism and terrorism. By providing a safe and anonymous way to refer disturbing content, we can protect our communities and give worried individuals peace of mind.”

Raven Science, Developers of the iREPORTit app, said: “We are thrilled to have developed the iREPORTit app, in partnership with MOPAC and the Counter Terrorism Internet Referral Unit (CTIRU). Raven Science is a team of cyber security experts whose mission is to make the world safer by improving online security. Having worked on counter extremism for several years, the opportunity to collaborate with MOPAC and the CTIRU on this project has been great. We believe that the app we have developed can really empower the public when reporting worrying or disturbing content they have found online. We have designed the app to be easy to use, confidential, and anonymous. Users can be assured that no personally identifiable information is collected by the app or anywhere in the network, and reports are seen only by the CTIRU.”

READ  The DeanBeat: How game developers can drive our platforms forward

EXIT UK founder and former Far Right Extremist Nigel Bromage said: “Reporting extremism & extremist material is so important, especially now when people are more than ever in danger of coming into contact with extremist content online. As extremists from all corners seek to promote their message of division and hate, it’s crucial such content is minimised to protect individuals and our society, which we all cherish.

“The iREPORTit app is a great initiative and shows how all of us can do something to reduce the influence of extremism. By all of us working together this helps not just to reduce extremism, but also shows that we won’t accept violent extremists operating and recruiting online. We can’t recommend the iREPORTit app enough.” 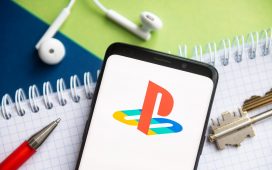 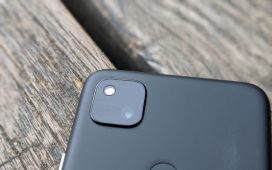 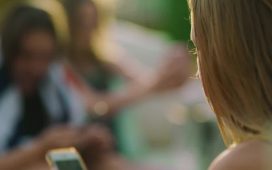