One of the NHS’s biggest hospitals has had to cancel urgent cancer surgery this week because so many of its intensive care beds are occupied by Covid-19 patients.

King’s College hospital in south London called off all “priority two” cancer operations that it was due to perform on Monday and Tuesday. They are procedures that cancer specialists have judged to be urgent and need to be done within 28 days of the decision to undertake them.

The postponement has raised concerns among staff at the hospital, who fear that some of the patients affected may see their cancer spread or become inoperable as a result.

Staff and patients were told over the weekend about the delay, which has been forced on the hospital because so many of the beds in its intensive care unit are occupied by people seriously ill with Covid. Some cancer patients need to spend time in ICU after their surgery, and operations cannot go ahead unless the hospital has enough beds for that.

When told the news, patients were upset and concerned about how the cancellations may affect their health, as were their families, sources said. Some were “distraught”, they added. King’s College hospital is under such strain, with Covid hospitalisations in London rising rapidly, that it is unable to give patients a definite date in the future for their rescheduled surgery.

One member of staff said: “It’s important to do these cancer cases within four weeks because they’re urgent. If you put cancer surgery off for more than four weeks, that cancer can spread. [The delay can mean that] surgery may become inappropriate, because surgery can no longer get rid of the cancer, and thus the patient’s outcome may be worse.”

Some patients may be given chemotherapy as a temporary measure, to try to stop the tumour from growing before they have their rearranged surgery.

King’s is thought to be the first NHS hospital to cancel priority two operations as a result of the intense pressures on hospitals during the fast-deepening second wave of the pandemic. The Observer reported on Sunday that hospitals in the capital are so overwhelmed with Covid cases that NHS London bosses are poised to tell them to cancel cancer operations in order to concentrate resources on victims of the pandemic. Sir David Sloman, the boss of NHS London, said: “Urgent cancer surgery is not being cancelled in London.”

Sources at King’s College hospital said it was “unlikely” to be able to perform urgent cancer surgery on Wednesday, Thursday or Friday.

Many hospitals in England have cancelled surgery since the second wave began in September. But until now these have been elective – non-urgent – operations that usually involve less time-critical surgery such as cataract removals and hip and knee replacements, procedures that the NHS seeks to undertake inside 18 weeks.

King’s College hospital NHS trust has been approached for comment.

In another sign of the pressures on the hospital, it has cancelled all leave that staff had booked for this week, blaming severe “operational pressures” due to its surge in Covid admissions.

In its daily staff bulletin on Sunday it said: “Due to the recent surge in Covid-19 patients across the trust, we are asking all managers to call staff who have annual leave during the coming week, 4-10 January 2021, and tell them that they are required to postpone their leave and return to work.

“We have taken this decision very reluctantly. We know how hard everyone has been working and appreciate that people need to take time off to rest and recuperate. However, the operational pressures we are currently facing mean we need everyone to be available to care for our patients and support our hospital response.”

Even staff who are booked to be on agreed leave this week as “compensation” for working over Christmas and new year are being asked if “they are able to postpone their leave and return to site”. The trust also runs the Princess Royal hospital in Orpington, Kent.

It warned staff that the situation it is facing may mean that it has to cancel staff leave not just this week, but for all of January.

London, the south-east and east of England are the areas worst affected by the recent explosion in Covid infections, which is being driven by the new variant.

The latest NHS England figures show that the number of people in hospital in the capital with Covid reached a new peak of 5,524 on 30 December, even higher than the previous record of 5,201 recorded on 9 April, at the peak of the first wave. 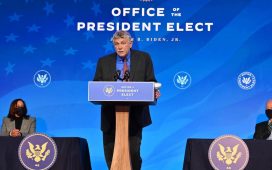 It All Depends On the Point of View – The Hutchinson News 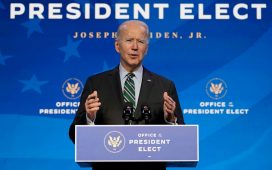 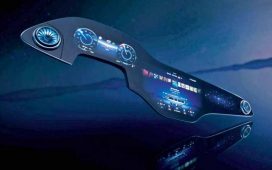 Eye on the future – Telegraph India 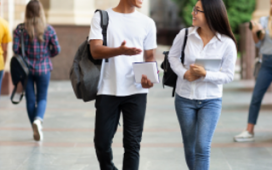 Private college in every state with the best ROI – Independent Tribune 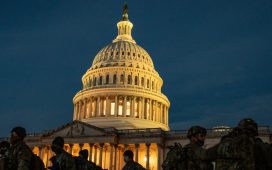