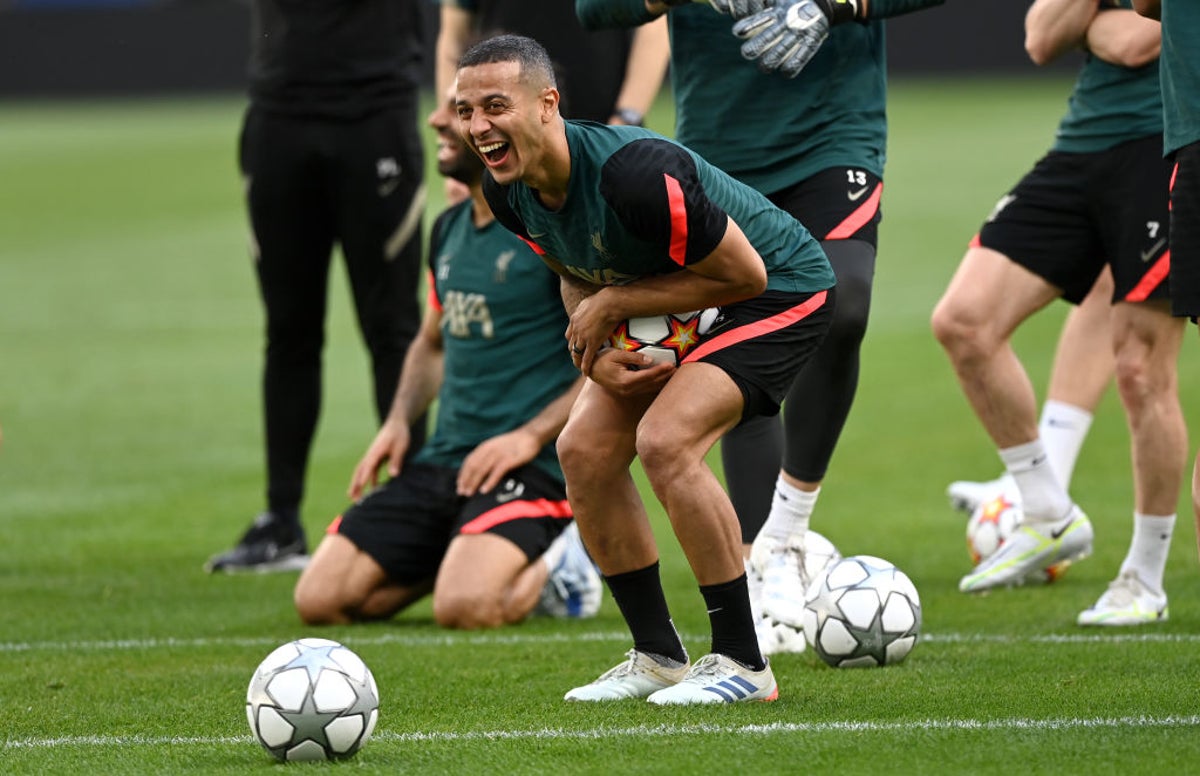 Liverpool are bidding to win a seventh European Cup when they take on Real Madrid in the Champions League final.

Jurgen Klopp’s side suffered heartbreak on the final day of the Premier League season as Manchester City came from behind against Aston Villa to clinch the title, bringing an end to Liverpool’s dreams of an unprecedented quadruple.

The Reds will require little added motivation when they take on Madrid, though, with the scars of the 2018 final still fresh for many players – none more so than Mohamed Salah, who was forced off with an injury before Gareth Bale scored a spectacular bicycle kick in Madrid’s 3-1 victory.

Madrid will be relying on Karim Benzema to recreate those heroics in Paris after a stunning season. Carlo Ancelotti’s side have already produced barely imaginable comebacks against PSG, Chelsea and Manchester City en route to the final and have pretty much been able to channel all their focus on this fixture since wrapping up the La Liga title almost a month ago.

When and where is it?

The match will begin at 8pm on Saturday 28 May at the Stade de France in Paris.

How can I watch?

Viewers in the United Kingdom can watch the match on BT Sport 1, with coverage due to begin at 6pm.

Subscribers can watch the game via the BT Sport app or online player, while the broadcaster will also be providing a free stream on their YouTube channel.

Liverpool are sweating on the fitness of Thiago Alcantara and Fabinho but Klopp said in his pre-match press conference that both players are “ready” to go. Divock Origi has been ruled out.

Real Madrid have made one change from the team that started their semi-final second leg against Manchester City, with David Alaba returning from injury to replace Nacho in defence. Federico Valverde starts ahead of Rodrygo on the right, who has been held in reserve alongside Eduardo Camavinga. Gareth Bale is also named on the bench.

Real Madrid have pulled off some dizzying comebacks in this season’s Champions League but Liverpool are a stronger squad and have consistently shown the ability to rise to the occasion themselves. They will be even more determined after missing out on the final day of the Premier League season and will be desperate to avenge their defeat against Madrid in the 2018 final. Real Madrid 1-3 Liverpool.