What is happening to the so-called leadrship of Mocksville? It seems like every week there is some type of argument between board members, the interim town manager, police department and the mayor seems to be in the middle of it all.

Some members of this board and its mayor have made our town an embarrassment in this state and you can even say the nation by the way they have conducted themselves. The actions of this group have had our town in the local paper many times, WXII Channel 12, WFMY News 2, WGHP Channel 8, Spectrum News and even on Fox News. All of it shameful.

Two weeks ago, this paper wrote an article about a feud between the interim town manager and Commissioner Vaughn-Jones that as usual, was one sided becaude the editor did not take the time to get both sides but only the mayor’s side. I have known Amy Vaughn-Jones all of my life and I know Amy to be only a good person and I can promise you she is not a bully. There is nothing wrong with an elected commissioner asking questions to the interim town manager because the manager works for the board. That is what our elected officials, if they are doing their job, should do.

The reason that so many candidates have dropped out for the position of town manager for Mocksville is not because  of Commissioner Vaughn-Jones as the interim town manager said in their last board meeting. It’s because, as one candidate for the job who dropped out told me, “Who would want to work for this board and mayor?”

It is my hope and prayer that members of this board and its mayor start conducting themselves in a professional manner and come together as a unit to do the business of the town. Our town government is set up under the “council manager” system by our town charter, not the “mayor council” system. The town board is the governing body of Mocksville. The mayor’s position is only ceremonial. The mayor doesn’t even have a vote, only in case of a tie.

Only the town board can hire a town manager and I hope that this board will take its time and hire a good manager who will serve all of our community. If you don’t find a good qualified person out of the three candidates left, then start over, making sure the candidate has no conflicts of interest with the board or mayor.

And if the town board is going to keep our police department, then hire a chief who can bring respect and service back to this agency.

To this board and mayor, I am asking you as a citizen to please stop the bickering among youselves and work together for the town we all love and do what is best for Mocksville. We are counting on you. 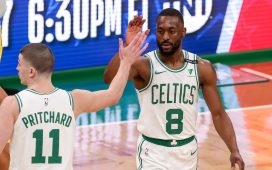