Is there still room for innovation in the first-person shooter market? Sometimes it feels like everything’s already been done and anything new on the scene is just trying to be another something – another Call of Duty, another Overwatch, another Fortnite. Despite this somewhat stagnant state of affairs, freshman Montreal-based developer Ratloop Games Canada has taken a stab at something genuinely original with Lemnis Gate, a mind- and time-bending multiplayer shooter quite unlike anything you’ve played before.

Of course, innovation doesn’t always equal fun, so is Lemnis Gate too clever for its own good? Will you want to return to the game time and time again or will you be desperately looking for an escape from this time loop? Take a few precious minutes to scroll down and find out…

Lemnis Gate is one of those concepts that’s hard to explain, but relatively simple once you wrap your head around it. Each round of the game takes place within a single 25-second snippet of time, with players taking turns adding characters to the time loop. For instance, in Seek & Destroy mode, your goal is to blow up more Resistors than your opponent, so on your first turn you may use your 25 seconds to claim a couple of those targets. Great, except your opponent can keep track of everything you do with a handy drone, and on their turn the 25 seconds loops, giving them a chance to respond. Your character from the first loop can’t react, they can only continue along the path you set out for them, so your opponent is free to blast them in the back with a shotgun at an opportune moment, meaning the targets that character claimed are no longer yours. So, what do you do on your next turn? Play tit-for-tat and kill the guy who just killed you? Open up a new front in battle by going after a new target? Or get strategic by dropping some turrets or mines that will mess up your opponent’s future turns?

And so it goes, usually over the course of five turns, with players either alternating or adding two characters to the loop simultaneously until the once-calm battleground is downright chaotic. If you think you can just get away with blindly blasting away, you’re in for a rude awakening as there’s a lot of strategic depth here. Lemnis Gate boasts seven characters, each with their own fairly well-balanced weapons and powers that can work together in interesting ways.

Striker is a sniper with the ability to briefly slow time, which often ends up being the key to victory I found, but he can be rather vulnerable when shooting from an open vantage point. Thankfully, you can protect Striker using the android Karl’s shield ability, allowing him to pop off those headshots in peace. Vendetta’s turrets are often crucial for locking down important sections of the map, but she’s no use if she’s killed before they can be set up. Ah, but you can use the speedy Rush to run interference so Vendetta can do her work. Of course, there’s also plenty of opportunities to improvise on the fly. As with many well-designed multiplayer experiences, you’ll often be yelling at the screen when playing Lemnis Gate while simultaneously appreciating the cleverness of your opponents and the game’s systems.

But Lemnis Gate is more than just clever — its basic controls and shooting mechanics hold up pretty well too. Sure, you’re not going to mistake the game for Halo or Counter-Strike, but it gets the job done better than it strictly has to. The game isn’t exactly groundbreaking visually, but it’s crisp and readable and runs at a nice steady clip on the PS5. A couple of crashes aside, I didn’t even encounter many glitches, which is not something you can take for granted with an indie game like this.

So yeah, what’s here is good, but I can’t help but wish there was more of it. The game offers 12 maps, which may sound like a passable amount, but you’re only getting three for each of the game’s four modes, and repetition sets in quickly. There’s also next to no single-player content, with a training room and pass-the-controller same-couch multiplayer being your only offline options. Maybe this would be okay if we knew there was more coming, but in this age of live services and post-launch roadmaps, Lemnis Gate’s devs have been surprisingly mum about the possibility of additional content.

This is rather unfortunate, as I feel like Lemnis Gate really has the potential to attract a new, wider audience with its unique mechanics. Players who enjoy the strategy of online games, but perhaps don’t have the fine-tuned FPS skills, actually have a shot at competing here. Or at least they would if Lemnis Gate made any effort to draw them in. The whole time loop concept feels perfectly suited to a series of puzzle-like challenges that could help new players learn the ropes, but a cursory 15-minute tutorial is all you get before being thrown in the deep end.

This is made all the more frustrating by Lemnis Gate’s matchmaking. The combination of Xbox Game Pass and crossplay means you usually don’t have to wait too long for a match, even on PlayStation, but you will frequently be matched up with players well above your level. This even happens in Ranked mode, despite the game promising you’ll only be matched with players of a similar skill level. Speaking of Ranked mode, it employs a very simple “rise in the rankings if you win, fall if you lose” system that doesn’t take into account the relative level of the two players – getting your hard-earned progress stomped out when the game decides to randomly pair you with some Diamond-level beast is demoralizing to say the least.

Making any kind of progress in this game is a bit of a grind. As with so many smaller multiplayer games, Lemnis Gate tries to stretch its somewhat thin content further by really making you work for every level and unlock. Each character has their own skill tree and unlocking everything would require playing hundreds of matches over dozens of hours. To their credit, Ratloop Games haven’t included any microtransactions in Lemnis Gate, but the game still kind of feels like it’s been built for them. Players may feel like they’re stuck in their own personal time loop playing the same 12 maps endlessly if they actually want to unlock everything Lemnis Gate has to offer.

This review was based on a PS5 copy of Lemnis Gate provided by publisher Frontier Foundry. You can grab a copy of the game here.

Lemnis Gate is a game at odds with itself. Its well-executed time loop mechanics could potentially appeal beyond the usual hardcore shooter crowd, but the game’s matchmaking shortcomings and lack of single-player content will keep that wider audience at arm’s length. Lemnis Gate is fun, but it feels like a concept that needed more resources to fully realize its promise. That said, if you are a dedicated shooter fan looking for something a little different, you may find yourself doing the time warp again (and again and again). 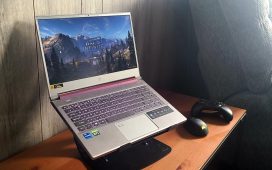 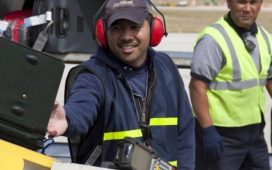 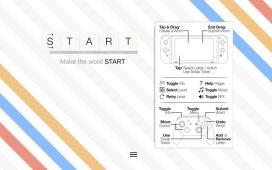 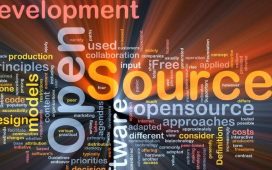 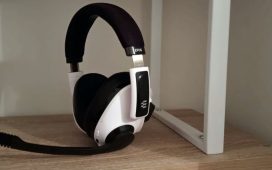