The recent run-in with the wintry weather has already given me a taste of the Land Rover’s rugged credentials – something I hope to have the chance to explore more in the future. Otherwise, this premium family SUV is proving to deliver exactly what I had expected.

The temperature is hovering around zero, the nights are still long, the weather’s wet and the roads are slippery – could there be a better time for the new Land Rover Discovery Sport to appear?

Those two words – Land Rover – mean that the Disco Sport has a full suite of 4×4 tech under its skin. First and foremost though, it’s a family utility vehicle with a giant helping of utility.

There are seven seats in our SE model, or a 5+2 arrangement as Land Rover modestly refers to it. Among the highlights, you also get a powered tailgate, electric front seats, a WiFi hotspot, auto high beam assist for the LED lights and a digital instrument panel, rounding off an equipment list that’s far from disappointing, even on a £44k car.

But this isn’t a £44,000 car. There’s around £7,000 worth of options, including the orange paintwork (nearly £1,000). I think it looks great with the black exterior pack that adds another £580. The two big-ticket items, however, are the Technology Pack for just over £1,000 and the Driver Assist Pack at just over £2,000. The former adds a head-up display and the clever ClearSight Rear View Mirror that can show a video feed from a camera rather than the traditional reflection. It’s already proved handy when the back seats have been occupied or I’ve piled the boot high.

The Driver Assist Pack is, as the name suggests, full of electronic driver aids, including a 360-degree camera, adaptive cruise control and autonomous braking. This being a Land Rover, you also get a ‘Wade Sensing’ function to stop you fording more swollen river than the Disco Sport can manage.

So, this car costs just shy of £52,000, except that its D180 2.0-litre diesel mild-hybrid engine is no longer available new. It’s been replaced by more mild-hybrid diesel options, so the closest buyers will get to this model is a version that’s a few months and miles old – probably at around the £40k mark. For that money and given the Land Rover’s capabilities, it feels like a lot of car.

First impressions are that it’s an SUV families will appreciate. The build quality feels robust, there are lots of large storage cubbies and device-charging options in the cabin, plus there’s plenty of space.

The seats that flip up from the boot floor are small, though. Having crammed my six-foot frame into them, I can confirm that adults won’t want to spend any time back there. The middle row slides to free up enough room for 10 or 12-year-old kids to sit in comfort in the third row, but that’s the limit.

In five-seat mode, you can sit adults in the back very comfortably and the boot is a vast 840 litres – way more than in a BMW X3 or Audi Q5.

However, even at this early stage with the car there are downsides. It isn’t quite as slick as the German alternatives in terms of design, and while the infotainment system in our model is usable, it still feels clumsy and slow compared with the technology in rival models.

The diesel engine, with a nine-speed automatic gearbox, lacks punch off the line. Then there’s the Land Rover’s off-road ability. We hope to put it to the test, but how many buyers will do the same?

Our journeys in the Land Rover so far have suggested that its strengths lie away from the dynamic side of things. Instead, it’s all about comfort, convenience and that easy-going nature that the British brand does so well. Living with the Disco Sport through the colder months of the year should bring its qualities into focus.

^Price for new model when available 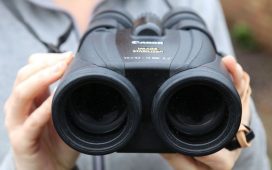 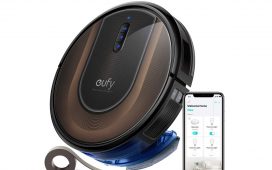 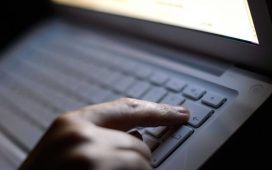 Surface Laptop Go review in 5 points: Is it worth your money? – India Today 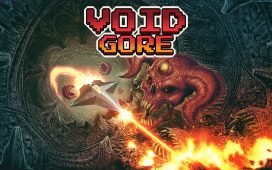 Wearable technology: covid-19 and the rise of remote clinical monitoring