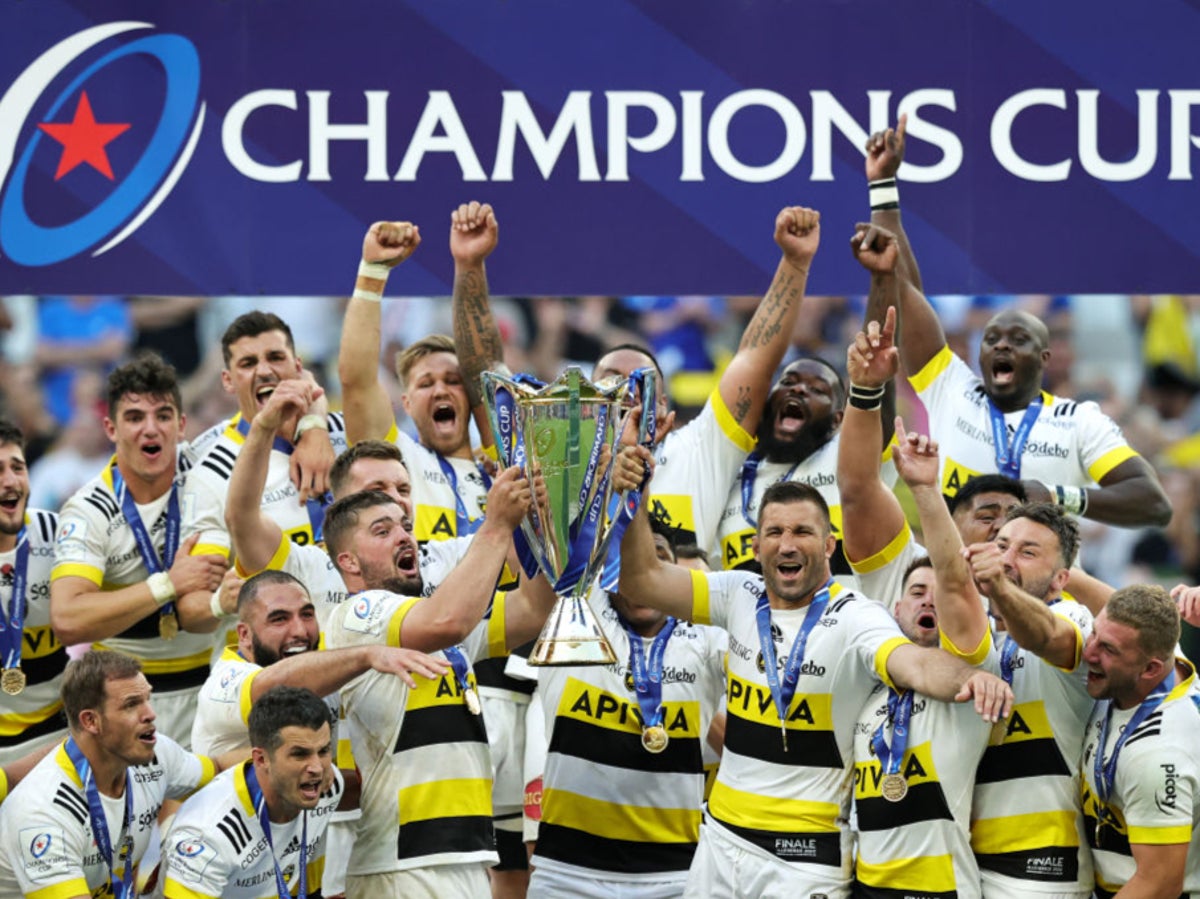 Massive underdogs coming into the final, La Rochelle snatched victory at the death when replacement scrum half Arthur Retiere squirmed his way over from a ruck on the Leinster line to put his side ahead with a mere 17 seconds left on the clock.

Up stepped Ihaia West to add his third conversion of the game and the French side made up for their defeat in the final a year earlier and become only the thirteenth team to win the European title.

While Leo Cullen was able to send out the same starting XV as he had used to beat Leicester and Toulouse in the quarter and semi-finals respectively, opposite number O’Gara had to patch up his side after losing two highly-influential All Blacks through injury – back row man Victo Vito and scrum half Tawera Kerr-Barlow.

That allowed Johnny Sexton to kick Leinster into a six-point lead with successful penalties in the fourth and ninth minutes.

English referee Wayne Barnes gave Australian giant Will Skelton a talking to in between those two Sexton scores, telling him to calm down, and La Rochelle responded by conjuring up the first try of the game.

Having kept the ball moving, they went down the narrow side of a ruck near halfway and Dillyn Leyds managed to get his arms free in a tackle and sent his fellow Springbok Raymond Rhule slaloming to the line from 30m out for a great try.

West added the extras and with 10 minutes on the clock the underdogs were ahead. That score settled down O’Gara’s men and they dominated long periods as they enjoyed 60 per cent possession.

They had opportunities to score more tries, but the Leinster defence stood firm and the only other score of the first-half were two more Sexton penalties that edged his side into a 12-7 interval lead.

The second half began with a penalty in front of the posts to La Rochelle from the restart and West hit the mark to cut the gap to two points.

But Sexton took his penalty count to six as he continued to punish the La Rochelle indiscretions, but the French underdogs hit back with a second try from a driving line-out, scored by the outstanding Pierre Bourgarit.

That took them to within a point before Sexton’s replacement Ross Byrne stretched the lead to four points with his side’s seventh penalty 15 minutes from time.

After that, La Rochelle laid siege to the Leinster line and Retiere finally came up with the score that earned his club their first major title at the death.