After more than 18 years, construction is finished on the key parts of the $17 billion Hanford vitrification plant that will be needed for initial treatment of radioactive waste.

“This is an unprecedented step toward cleaning up the most toxic site in the United States … and restoring the Hanford site to return it to the community,” she said.

Mark Menezes, deputy secretary for energy, was at Hanford for the announcement and said it “marks a tremendous leap forward for the Hanford workforce and the Tri-Cities community.”

“Hanford is on the precipice of actual tank waste treatment,” he said. “Decades of hard work are paying off.”

The Department of Energy and its contractor Bechtel National now will spend the next three years starting up all the systems needed to treat low activity radioactive waste and then practice operating the plant with a nonradioactive waste simulant.

The vitrification plant, or Waste Treatment Plant, is planned to treat much of the 56 million gallons of radioactive and hazardous chemical waste in underground tanks at the Hanford nuclear reservation in Eastern Washington.

The Hanford site was used from World War II through the Cold War to produce two-thirds of the plutonium for the nation’s nuclear weapons program.

Construction started at the plant in 2002, with a deadline set by the federal court in 2016 requiring DOE to start treating radioactive waste at the plant by the end of 2023.

The court recently agreed to give DOE at least eight more months to start treating waste because of the COVID-19 pandemic.

All but about 10% of the workers at the nuclear reservation were sent home in late April, with work done by telecommuting when possible, to help contain the spread of the coronavirus. Workers area returning to onsite work in phases.

But Brian Vance, the DOE Hanford manager, said he believes waste treatment still will start in 2023.

When ground was broken for the vitrification plant in 2002, the plan was to start treating both the least and most radioactive waste in underground tanks at the same time.

But plans changed after technical issues were raised in 2012 on the parts of the plant that will handle high level waste.

Construction still must be completed on large facilities at the plant that will handle high level radioactive waste.

In recent years, DOE has been focused on startup of the parts of the plants that will treat low activity radioactive waste, including developing a system to pretreat, or separate low activity waste from the rest of tank waste, before it is sent to the plant.

The low activity radioactive waste will be treated at the plant’s Low Activity Waste Facility, which will mix batches of pretreated waste with glass forming materials and then heat it to 2,100 degrees Fahrenheit to produce a stable glass form for disposal.

The heated glass mixture will be poured into stainless steel containers that are 7-feet tall and 4-feet in diameter for disposal at a lined landfill in central Hanford.

The Low Activity Waste Facility has a footprint about the size of one and a half football fields and is 90 feet high, or the equivalent of about seven stories.

“The next significant milestone will be starting up a melter later this year,” said Valerie McCain, Bechtel National project director for the vit plant project.

The Low Activity Waste Facility will have two 300-ton melters for heating up the waste mixture, making them the largest waste glass melters in the world.

Once a melter is started it will run continuously, both during startup and treatment of radioactive waste, until it is ready to be replaced with a new melter.

The Low Activity Waste Facility work will be supported by the vit plant’s Analytical Laboratory, which will ensure the quality of the glass waste form produced; the Effluent Management Facility, which will help manage waste produced during treatment and 14 support structures that will provide services such as water purification and electrical power.

Cantwell and Sen. Patty Murray, D-Wash., both said they would continue to fight for federal budgets to allow the plant to be completed and operate.

Completing construction of the parts of the plant needed to start treating low activity radioactive waste meets a construction deadline set by the federal court for the end of 2020.

Although the court agreed DOE could have more time because of the COVID pandemic, DOE was able to complete the construction in late December without the extension.

The Washington state Department of Ecology congratulated DOE on the accomplishment Wednesday.

“We look forward to seeing the plant in operation,” said David Bowen, the nuclear waste program manager for the Washington state Department of Ecology, the regulator for the project.

Senior staff writer Annette Cary covers Hanford, energy, the environment, science and health for the Tri-City Herald. She’s been a news reporter for more than 30 years in the Pacific Northwest. 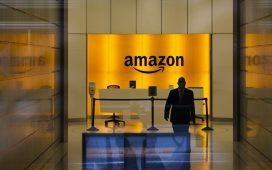 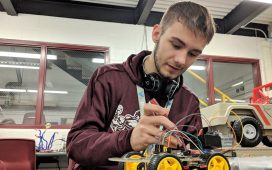 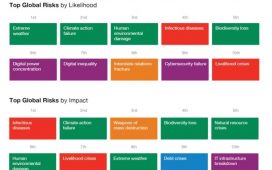 Davos Agenda: Business leaders on how to forge global and regional cooperation.