At a hearing on Tuesday afternoon on Sullivan’s release conditions, Washington-based Magistrate Judge Robin Meriweather split the difference between prosecutors seeking to eliminate Sullivan’s presence on the United States’ most popular social media platforms and a defense lawyer who decried what he said was an assault on his client’s constitutional rights.

“I am rejecting the broader prohibition on Twitter and Facebook and encrypted social media platforms,” Meriweather said, also ordering that Sullivan be taken off of 24-hour location monitoring via GPS.

However, the judge said Sullivan “is to no longer work for Insurgence USA,” will have his internet use monitored by probation officials, and will be banned from using any social media platforms to incite riots, violent protests, armed conflict or violence. He’s also under home detention.

Sullivan has become one of the more prominent individuals charged in the Capitol riot because of interviews he did with news outlets like CNN and a vigorous debate about whether he’s an Antifa provocateur. Figures such as former President Donald Trump’s ex-lawyer Rudy Giuliani have pointed to Sullivan as evidence that leftists were part of the mob that stormed the Capitol. Liberal activists have denounced those claims as disinformation.

Sullivan’s politics remain murky. He has described himself as an opponent of Trump and a backer of Black Lives Matter. However, BLM activists in Utah have disowned him, saying he seemed intent on provoking violence at protests. They’ve also noted that Sullivan often seems to work in tandem with his brother, James, who spoke at a right-wing, Proud Boys event.

Defense attorney Steven Kiersh denounced the prosecution’s initial proposal as wildly excessive and insensitive to the role that Facebook and Twitter play in the lives of many young people.

“The social media limits are incredibly oppressive, incredibly overbroad and serve no purpose other than to basically oppress Mr. Sullivan,” Kiersh said. “Mr. Sullivan is very involved in exchanging of ideas amongst his peers, and this is how he does it.”

Kiersh insisted that there was “no connection” between Insurgence USA and the crimes Sullivan is accused of, notwithstanding the sales of the video footage of the Capitol riot to major news outlets.

However, Wong maintained that Sullivan’s social media presence was integral to his activities on Jan. 6 and earlier violent protests he was involved in.

“Insurgence USA is absolutely the instrumentality through which Mr. Sullivan committed the relevant acts,” she said. “It is Mr. Sullivan’s reason for being there and for his criminal participation in the riot.”

At one point during the hearing, Meriweather questioned whether Sullivan’s videos are urging protest or rioting. “There is a distinction,” she said.

Wong said Sullivan’s videos unambiguously urge violence and attacks on police. She said he serves as “a sort of expert resource for rioters.”

“Under the guise of journalism …. he is engaged in and incited violent activity, including the kind of destructive society we saw on Jan. 6,” the prosecutor said. She said that Twitter and Facebook sought to block some of Sullivan’s accounts, but that he has a variety of handles that cross-promote one another.

Wong also noted that the request to ban Sullivan from Twitter and Facebook was actually narrower than the conditions a magistrate in Utah imposed on Sullivan, banning him from use of 13 different sites or platforms. She also mentioned that Sullivan’s former counsel agreed to that.

“I cannot account for why the lawyers representing Mr. Sullivan in Utah agreed to these conditions,” Kiersh said. 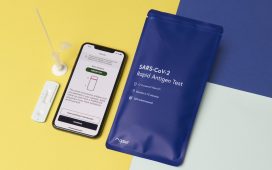