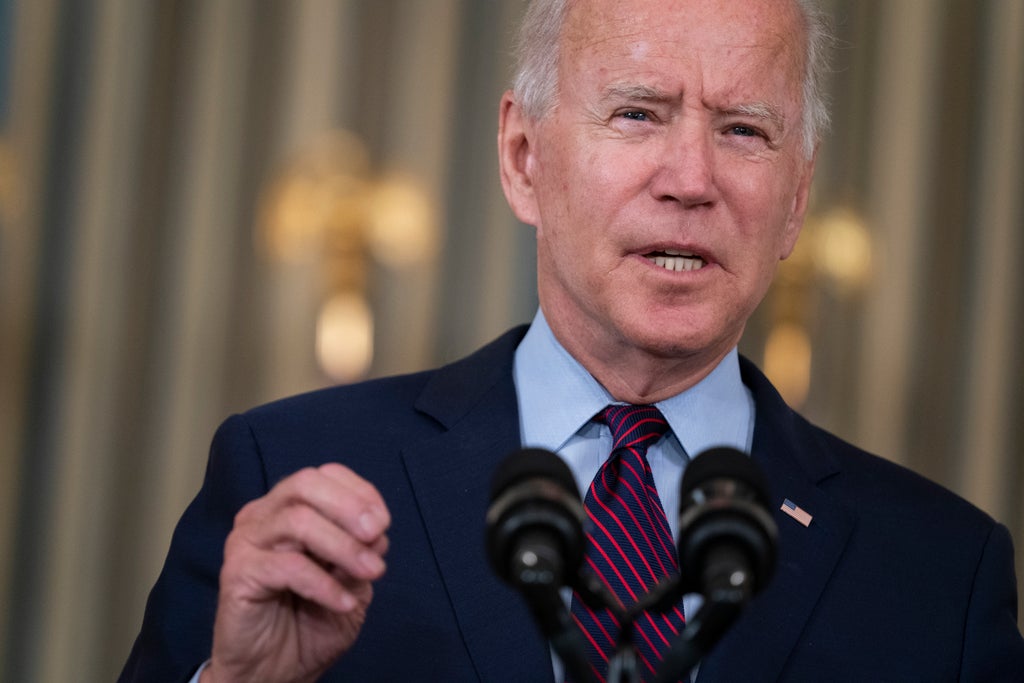 “He’s only four times a year put someone in prison for life and only once gotten the death penalty,” Mr Biden said.

Three years before, Mr Bush had beaten his Democratic rival Michael Dukakis by saying he supported the death penalty. Mr Dukakis as Massachusetts governor had allowed an inmate named Willie Horton to have a weekend pass. Horton ended up kidnapping a couple, raping the woman and stabbing the man – and Democrats have reeled from accusations that they are weak on crime ever since.

So in 1992, Mr Biden bragged that a crime bill he supported did “everything but hang people for jaywalking”. He shepherded through that bill, which was signed by President Bill Clinton and expanded the death penalty to roughly 60 offences – overwhelmingly discriminating against communities of colour in the process.

Then, in 2019, on the campaign trail in New Hampshire, Mr Biden made a sudden departure from his oft-repeated “tough on crime” mantra. Instead, he praised the state for abolishing the death penalty.

Biden through the years: The death penalty

“By the way, congratulations to y’all ending the death penalty here,” he said.

Like anyone who devotes a lifetime to politics, it is only natural that the president’s views on various issues, even those as fundamental as the death penalty, have changed over the passage of time.

But suddenly, it appeared that Mr Biden had shaken off his tough guy pretense. He went on to make ending the death penalty a campaign pledge.

See also  BioWare is 'definitely not done with Mass Effect'

“Because we cannot ensure we get death penalty cases right every time, Biden will work to pass legislation to eliminate the death penalty at the federal level, and incentivize states to follow the federal government’s example,” his website said in 2020.

In March of this year, when the Supreme Court was considering the death penalty for Boston Marathon bomber Dzhokhar Tsarnaev, Biden’s spokeswoman Jen Psaki, said that the President “has grave concerns about whether capital punishment, as currently implemented, is consistent with the values that are fundamental to our sense of justice and fairness.”

What caused such a volte-face? That is unclear. But in July 2021, Attorney General Merrick Garland announced a halt to federal executions.

Death penalty activists finally had their hopes raised that a president, especially a devout Catholic (a religion that has been outspoken in its opposition to executions) could be poised to abolish the practice for good.

But in recent months, despite a reversal in rhetoric, the White House has reverted to radio silence.

Mr Biden has largely avoided speaking about the death penalty since he was sworn in, and his administration has not clarified if any further steps are coming. (Indeed, when reached by The Independent for this article, the White House refused to comment.)

Two days after his inauguration, more than three dozen House Democrats sent a letter calling on Mr Biden to make steps to end the death penalty once and for all.

During the final months of his presidency, Mr Trump had been on a killing spree, ending the lives of 13 people by federal execution – with six coming after he lost the election.

“Night after night in the final days of the Trump administration, the American people bore witness to the cruel and heinous practice of execution,” said the letter from House Democrats.

There is a bill with Congress to end the federal death penalty but with the Democrats having a 50-seat majority in the Senate, Republicans, who overwhelmingly support the death penalty could easily filibuster the legislation.

On the House side, so far, only one Republican, Rep Peter Meijer of Michigan, has co-sponsored the legislation.

Ms Pressley told The Independent she has spoken with Mr Biden about the death penalty but those talks did not suggest any movement beyond the current fudge.

“He assured me that on his watch, there would be no federal executions,” Ms Pressley said.

“I reiterated how important that is, in light of the fact that under the Trump administration we saw more executions in the final days of his presidency than we’ve seen in the last six decades.”

Some campaigners, including Ms Pressley, are splitting their focus in light of the slim chance of a bill ever being passed.

They are also calling on the president to commute the sentences of those currently on federal death row rather than relying purely on legislation that may never come.

“We have to pass the standalone bill to prevent a future president from reinstating this and I’ll continue to make the case,” she explained, but added that there is more Mr Biden can do.

“When I was at the White House for the Juneteenth Bill signing, I had a conversation. I did an appeal for us to close the Terre Haute facility [the federal prison in Indiana where the majority of inmates facing execution are housed and where the federal death chamber is situated] and also to commute the sentences of those currently on death row.”

Calls on Biden to “clear the row” are harder for the President to dismiss. He could commute the death sentences of those in Terre Haute to life in prison, and none of those sentences could then be restored. Prosecutors could seek death sentences in new cases but Biden’s Justice Department could block them – effectively slowing and near paralysing any attempt to see a prisoner executed on American soil.

The campaign group Death Penalty Action has also called on Biden to raze the death chamber in a symbolic gesture to prove his commitment.

“The president doesn’t have the constitutional ability to end the federal death penalty,” Robert Dunham, executive director of the Death Penalty Information Center explained. “But in the absence of legislative repeal which clearly is not going to happen so long as there is no cooperation from across the aisle, all he can do is exercise executive authority.”

Mr Dunham has previously made the point that Trump’s zeal for execution has made this a pivotal moment in the anti-death penalty movement.

“Trump demonstrated more graphically than at any other time what the abuse of capital punishment would look like,” Mr Dunham told the AP in January. “It has created a political opportunity, which is why death penalty opponents want the president to strike while the iron is hot.”

Recent celebrity involvement – with stars like Kim Kardashian joining the cause – has also helped raise awareness. And though a majority of Americans (60%) still support the death penalty, Pew Center polling suggests that that support is plummeting fast.

Certainly, whatever Mr Biden does do – he needs to do it soon. Activists fear that a return to a Republican White House or poor mid-term results would remove any impetus for change. Mr Biden’s poll numbers have taken a hit in recent months, which may preclude the president from taking more bold action on the issue.

Of course, clearing the row, or at the very least simply sticking to a moratorium, would still let a new president resume where Trump left off.

“We need to stop this. Half measures are not ok when you’ve got 50 or so people who are very likely to get executed as a political move if you don’t take steps to protect them from that happening,” said Celia Ouellette, Founder and CEO of Responsible Business Initiative for Justice, The Independent’s End the Death Penalty campaign partner.

Sen Dick Durbin, the chairman of the Senate Judiciary Committee and the chief sponsor of a bill to end the federal death penalty, said he wants the president to act, and take advantage of a softening of public opinion on the issue once and for all.

“What we’ve seen is that recent efforts at fear-mongering, attempts to bring back the Willie Horton propaganda of the 1990s have not worked,” Mr Dunham said.

The Independent and the nonprofit Responsible Business Initiative for Justice (RBIJ) have launched a joint campaign calling for an end to death penalty in the US.. The RBIJ has attracted more than 150 well-known signatories to their Business Leaders Declaration Against the Death Penalty – with The Independent as the latest on the list. We join high-profile executives like Ariana Huffington, Facebook’s Sheryl Sandberg, and Virgin Group founder Sir Richard Branson as part of this initiative and are making a pledge to highlight the injustices of the death penalty in our coverage. 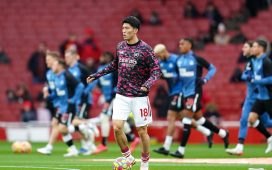 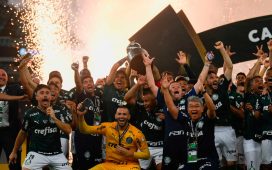 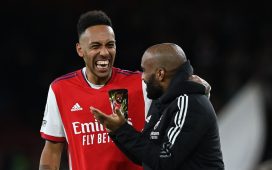 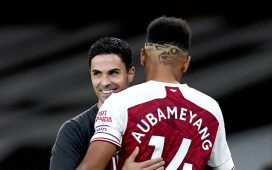 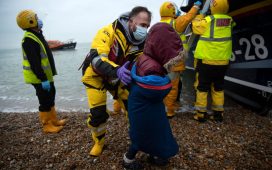