Jayson Tatum dealing with lingering effects brought on by COVID-19


Jayson Tatum can still feel the lingering effects of testing positive for COVID-19 over a month ago.

The All-Star forward said prior to Tuesday’s 112-99 win over the Denver Nuggets that even after recovering from the coronavirus, it still causes minor breathing difficulty and fatigue while playing a prominent role for the Boston Celtics.

“I think it messes with your breathing a little bit,” Tatum said. “I have experienced some games where – I don’t want to say struggling to breathe – but you get fatigued a lot quicker than normal. Just running up and down the court a few times, it’s easier to get out of breath or tired a lot faster. I’ve noticed that since I had COVID. It’s just something I’m working on.”

Tatum, who is averaging 25.4 points, 7 rebounds and 4.6 assists per game, missed five games from Jan. 15-24 due to COVID-19, but saw his minutes increase marginally upon his return. Entering Tuesday night’s matchup with the Nuggets, Tatum was tied for 14th in the NBA in minutes player per game. Tatum also logged a season-high 41 minutes on Friday in a loss to the Detroit Pistons.

Tatum said he discussed his respiratory issues with the Celtics coaching and medical staff and Brad Stevens added that the team monitors Tatum closely.

“Ever since he came back, we’ve tried to be on top of that and ask him to be really honest with us about that, specifically moments in the game,” Stevens said. “Usually you can see when guys are feeling the effects of fatigue and you can take him out anyways. It’s certainly something we’re aware of. He’s a guy that loves to play. Will never ask to be taken out even when he feels that way.”

Tatum didn’t reveal if he experienced any shortness of breath in a loss to the Wizards on Sunday, but Stevens said he saw a fatigued Tatum. Tatum produced his lowest scoring output of the season, scoring just 6 points on 3-of-14 shooting while playing 23 minutes.

“I thought he looked tired,” Stevens said. “He would never say that. He’s not an excuse maker. He’s a really accountable guy. This is going to sound crazy, but I think an extra six hours in between some of these game is probably going to helpful for him and others.”

Tatum said he has checked in with other players around the league who also contracted the virus and he relayed that they have experienced similar aftereffects. Tatum added that the people he talked to said the breathing difficulties lessened with time.

Tatum doesn’t know for sure when he’ll stop feeling the impact of the virus and is dealing with it the best he can while carrying a major workload for the Celtics.

“It’s not like every game where I feel it the whole game. It’s just certain stretches where breathing is a little bit out of whack,” Tatum said. “It’s gotten better from the first game I came back and played. I guess it’s just a long process.” 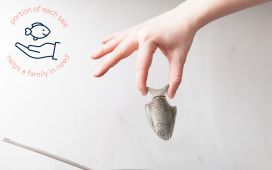 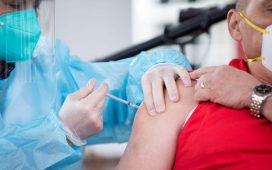