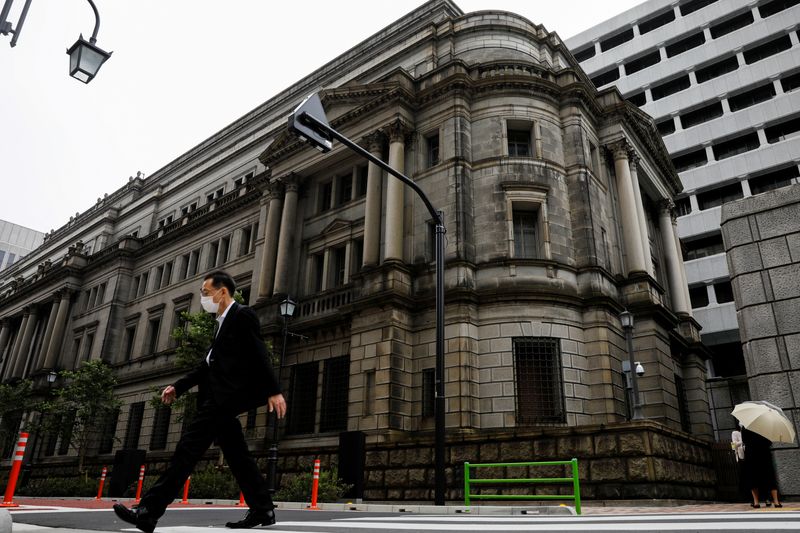 © Reuters. FILE PHOTO: A man wearing a protective mask walks past the headquarters of Bank of Japan amid the coronavirus disease (COVID-19) outbreak in Tokyo

TOKYO (Reuters) – The balance of money circulating in Japan’s economy hit a record high for the ninth consecutive month in December, data showed on Tuesday, as the central bank continued to flood the economy with cash to cushion the blow from the COVID-19 pandemic.

With an expected re-implementation of control measures to contain the pandemic seen hurting the economy, the Bank of Japan (BOJ) is likely to maintain its massive aid programmes for households and businesses hit by the health crisis, analysts said.

The average balance of monetary base, or the amount of cash in circulation and deposits at the BOJ, rose 18.3% in December from the same month a year earlier to a record 606.5 trillion yen ($5.88 trillion), the fastest annual gain since May 2017, central bank data showed.

The increase was largely driven by a surge in the BOJ’s purchases of short-term securities, a sign the central bank was ramping up money printing to underpin a fragile economy.

Financial institutions’ deposits parked at the BOJ also soared 22% to a record 485.5 trillion yen in December, the data showed.

The BOJ eased monetary policy twice last year to dull the economic pain from the pandemic, such as by creating a new loan scheme and boosting purchases of corporate debt.

With the pandemic seen prolonging the battle to hit its elusive 2% inflation target, the central bank last month also announced a plan to reassess its policy framework to make it more sustainable.

READ  US unemployment rate falls below 10% as firms rehire staff

The government said on Monday it was considering declaring a state of emergency in and around Tokyo as novel coronavirus cases climb, casting doubt over the BOJ’s view the economy will head for a moderate recovery later this year.

Markets will be focusing on how the stricter curbs on economic activity could affect the BOJ’s fresh growth and price projections, due at its next interest rate review on Jan. 20-21. 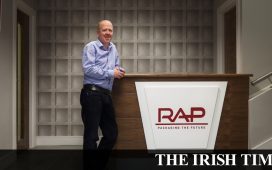 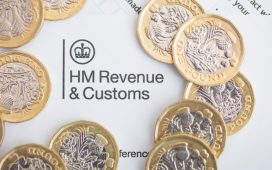 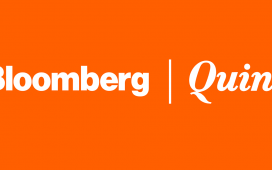 Experts explain how to hack your gut bacteria for better health

McCann the Agency Has Promoted Chris Macdonald to CEO and Chairman