I think I’ve finally reached the “I can’t do it all” place after a couple of years of flying solo. This past week, was an example of an “Oh crap!” moment.

I was trying to think of a way to explain what it’s like on this side of the screen, without sounding like I’m whining, because that’s not it at all. The best example I could think of is that this job is like working in the middle of a beehive.

Vinton Today has the largest Facebook page in the county with 7.158 followers on the page. That’s awesome, and at the same time scary. Facebook is one of those things that there is no easy way to monitor all of the comments that go through there, and most of the time I’m just hoping that people are being nice. But there’s always someone it seems like with their panties in a bunch, or they forgot to take their medicine with a spoonful of sugar.

This week was no different. I saw a comment on my phone and intended to delete the comment but instead somehow hit “like” which made it look like I was thrilled that we lost a business in town. (I am guessing that, I was just operating on autopilot after liking some other comments on the post) That’s not cool. As soon as I returned to my laptop, and remembered to check the comments again, I saw what I had done and quickly removed the comment and apologized to the person it affected. However, it made me aware that it was time to ask for help, and I hate asking for help.

I need some people that would be interested in being Admins on the Vinton Today Facebook page. The pay is lousy because it doesn’t exist, and it’s a thankless job, I mean who wouldn’t want to volunteer for a job like that?

This would entail pulling down comments that are personal in nature against anyone or business. Basically, I need a few people that will keep an eye on the page and make sure that people are playing nicely.

If this is something that you would be interested in helping with, please contact me at vintontoday@hotmail.com, or pm me on Facebook and I’ll get back to you. Thanks in advance! 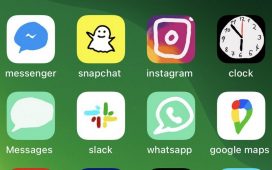 Luckless Porte seals his place in Australian pantheon By Reuters

The 4 Top Artificial Intelligence Trends For 2021