As a massive Marvel fan and an avid PlayStation VR user, I have been waiting for this moment for a long time.

After a few delays and push-backs, Iron Man VR has finally been let loose into the wild.

Iron Man is such a great fit for a virtual reality game; with the suit’s heads-up display and the tactile nature of the combat, it’s a match made in heaven.

This story – which is Iron Man’s first foray into VR as a format – takes place as Tony Stark and Pepper Potts are trying to veer Stark Enterprises away from weapons production and more into more humanitarian, philanthropic ventures.

Everyone knows Tony has a chequered past, so it’s nice to see him and his company try to turn things around – that being said, Tony is still a cocky, self-indulgent playboy but we would not have him any other way. No matter how infuriating he gets. 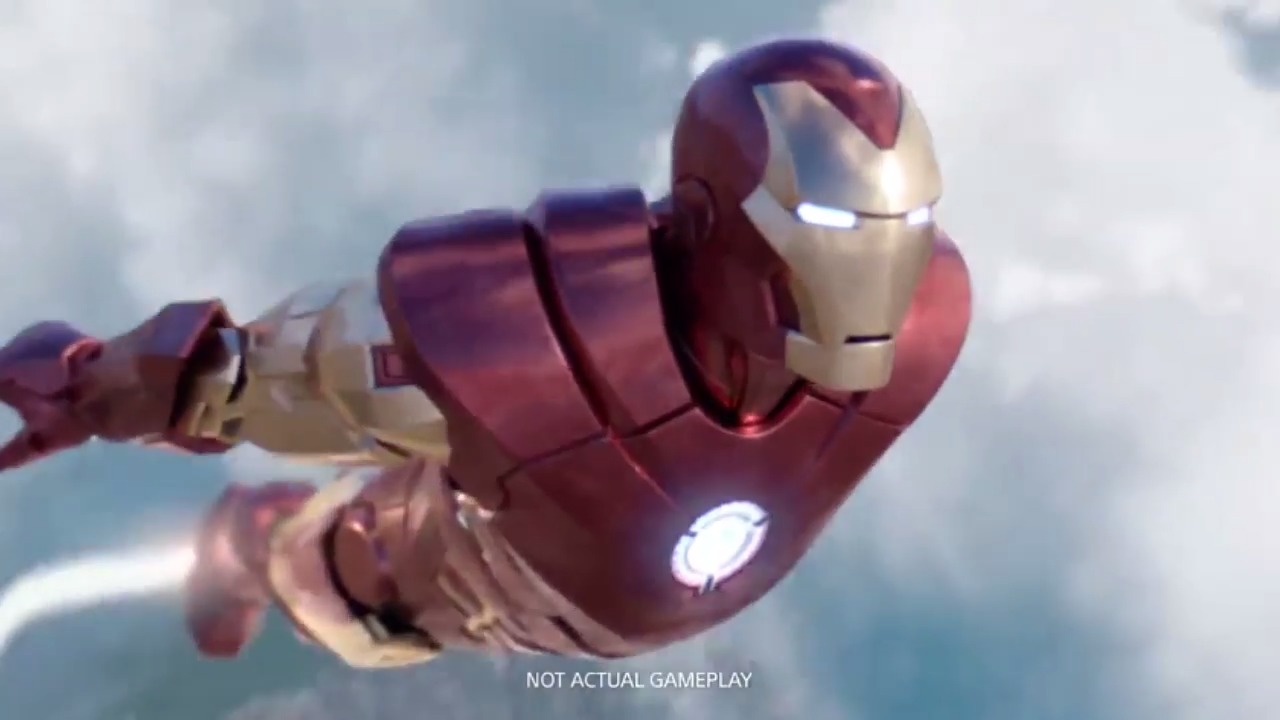 From the moment you first suit up in the famous gold and red armour to the time you turn off your PlayStation 4, you feel fully immersed. You feel powerful. It’s like no other experience on the platform.

There is nothing more blood-pounding than falling out of a damaged plane and having parts of the Iron Man suit attach to your body in mid-air.

It is just like the movies, and a lot of work has gone into making the game as authentic as possible.

During the story sections, a series of selectable dialogue options are offered up, although my guess is that the amount of effect they have on the story is minuscule, if they even anything at all.

But it all adds up to make the storyline – a generic tale of revenge spanning multiple continents and locations – a little bit more interesting and interactive.

During your international romp, Tony tries to take down a ghost from his past. Not to go into spoiler territory here, but while this historical adversary does a good job of propelling you through the campaign, it’s the gameplay of Iron Man VR that really shines through.

Everything from the suit’s propulsion systems to the various combat options has been thought about and tested to perfection. The gameplay experience just works, and it works well.

You control your suit’s thrust with your hands, face them backwards to fly forwards, face them down to fly up and – after a small adjustment period – it really starts to feel like you are flying around as the iron-clad Avenger.

After an hour or two, you can even start performing daring manoeuvres with ease. It feels epic.

Combat is of the same high quality; you mainly use the repulsors in your palms for taking down enemies and drones, but it feels so immersive and natural that anyone could do it.

There are numerous combat upgrades that I will not spoil too much for folks wanting to play, but how they operate is brilliant.

You can upgrade to heat-seeking rockets that pop out of your wrists when you flick your hand down, and they are simply amazing: fun to use, fun to watch and fun to master.

I spent 5 minutes just moving my hand up and down at the wrist and watching them click in and out of my armour.

The immersion is on another level. I am Iron Man and it is a dream come true.

As you progress through the game’s missions, you earn research points that you can use to upgrade your suits, armaments, systems and paint job.

There are some nice nods to various Iron Man suits from Marvel history and some of the upgrades you can purchase further add to the overall feeling of just how powerful you are.

It’s a lore-hound’s dream experience, and you can tell the developers behind the game know Tony – and his suit – inside out.

One thing I was not expecting was how interactive Tony’s mansion is.

You can work out, eat food and just generally mess about with Tony’s belongings, which I am sure he would really hate.

It is endearing seeing some of the stuff behind the mask; living out interactions as Tony and seeing how he lives as a normal bloke.

His interactions with his various AIs and Pepper are well done and serve as a nice bit of downtime and world-building between all the blasting and zooming around the skies.

If you are a Marvel fan, there are a lot of Easter eggs and nods to both the comics and the wide range of MCU movies.

If you are outside of the geekdom ‘bubble’, however, there is still a lot to love and the game still functions well as a standalone title that anyone can enjoy.

Some of the scenery at times can look a bit basic, but when you are hurtling around the skies blowing up enemies with lasers from your hands, who cares?

It’s a very good-looking game for a VR title, especially considering the low resolution of the PSVR headset.

The music also plays into the power fantasy the game is hellbent on giving you. You know that bombastic Avengers music that makes your hairs on the back of your neck stand up?

You get that a lot in Iron Man VR. It just amplifies how powerful and rewarding pulling off great combat combos or flying through a speed course at full pelt is.

It all adds to the drama of the game and it all fits together really well.

In terms of the actual VR implementation, I had zero issues with tracking and none of that ‘VR messiness’ you get with some games.

There are numerous VR options too, from vignette settings to turn speed and angle adjustments that allow for a degree of comfort, even if you sometimes VR a bit of an intrusive experience.

There was one thing that bothers me though: you spend a lot of your time looking at darkness and watching a load percentage tick up in between levels and before going back to the mansion.

It sometimes happened at weird intervals too, like in the middle of an action sequence.

While this was not game-breaking in anyway, it did sometimes injure the immersion. I just wanted to shoot stuff, not stare into bleak darkness as the adrenaline in my blood faded away.

Luckily, the game is fun enough that the sheer excitement of the set-pieces can carry you through these frequent breaks.

Whether you are a Marvel fan or a PSVR fan, Iron Man VR is well worth your time and money.

It’s immersive, tactile and full of charm. Few other VR games will make you feel as powerful or leave you feeling so satisfied with the time you have spent in a virtual space.

The loading sections are a bit too frequent for my liking, but they never impede what is a fantastic virtual reality experience.

Review – Huawei WiFi AX3 (Quad-Core) router: This is the WiFi AX3 Pro, by the way

Goondu review: Dell Latitude 9510 looks sleek as a 2-in-1 laptop

The Captive Mind and America’s Resegregation