As December nears, Britain is set to plunge into negative temperatures thanks to an arctic blast which will bring chilling winds and rainy outbreaks to Northern areas in Scotland, Northern Ireland, and the North of England by early Friday. However, snow is expected to arrive along with the bitter temperatures, making morning journeys tricky.

iPhone users may be warned about snowfall before leaving their homes and plan their travels accordingly with a little-known Apple feature.

The feature allows iPhone users to receive notifications when a blizzard is about to hit – which will be useful in the coming days.

The notification came with the new Apple update when some changes were made to the Weather app for iOS 15.

In order to activate the alert, iPhone users will need to ensure they are operating under the updated iOS.

If not, this feature requires the latest update so to use it iPhone users must do so.

To check whether an iPhone is updated to the latest version of iOS, which was launched in September, the user must go to the Settings menu, under General and then Software Update.

To turn on the Weather app notification:

2. Scroll down to Privacy and tap on Location Services;

3. Scroll down again and tap on the Weather app;

4. Then tap on the location setting for Always;

5. For even more accurate results, adjust the Precise Location option;

6. From there, exit the Settings app and open the Weather app directly;

9. Tap ‘Turn on Notifications’ to set up the alerts.

This feature could be especially useful for iPhone users in Scotland and Northeast England who are expecting a “substantial” amount of snow.

He told Express.co.uk: “The greatest risk for substantial falls of snow will be for the highlands and uplands of Scotland and the North of England.

“This threat will begin on Friday in Northern Scotland and will wind down early Saturday along the Pennines.

“Upland travel by road can be slow and hazardous owing to snow and ice cover, so travelers should be aware and plan accordingly.”

“Outside of the snow-prone uplands, localized heavy wintry showers can briefly make for slick roadways and walkways, mainly between Friday afternoon and Saturday morning.” 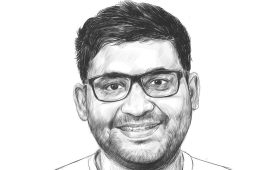 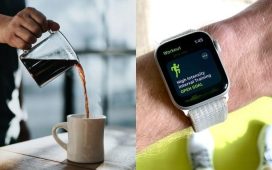 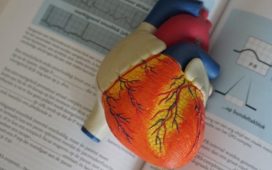