Apple’s iPhone 12 lineup has only been on virtual shelves for a few months, and already the mobile phone world has turned its attention to the iPhone 13 (or whatever Apple names its next flagship) and the three other variants expected to join the lineup: the iPhone 13 Mini, iPhone 13 Pro and iPhone 13 Pro Max, according to analyst Ming-Chi Kuo.

Rumors were circulating about Apple’s 2021 phone lineup even before the last Apple event, which unveiled the iPhone 12. And the leaks are only going to ramp up as we get closer to the next iPhone release date. Read on to find the latest rumors about the iPhone 13’s price, design, specs and more. We’ll update this story as new information becomes available.

Stay up-to-date on the latest news, reviews and advice on iPhones, iPads, Macs, services and software.

Release date: iPhone 13 should be here by mid-September

So far, there’s no official or unofficial word on when we can expect to see Apple’s next iPhone. Usually, we can predict with some degree of accuracy when Apple’s iPhone events will occur and extrapolate a release date based on that. 2020 was a different story — it was the first September Apple event in eight years without an iPhone — thanks to delays in production due to the coronavirus pandemic. This year, however, Kuo is forecasting business as usual for Apple’s supply chain. If that’s the case, we can expect to see the iPhone 13 unveiled at an event sometime in September.

Let’s synthesize the info we have:

A few years ago, CNET took a deep dive into the Apple event timeline and emerged with a compelling Labor Day hypothesis, which you can read about here. Based on the 2021 calendar, the Labor Day rule would put the September Apple event (and unveiling of the iPhone 13) on Sept. 8, with a Sept. 17 release date.

Name: Apple’s next flagship might not be called iPhone 13

We’re going with the name “iPhone 13” for now, but the moniker is not a sure thing. Considering high-rise buildings tend to omit the thirteenth floor from their elevator buttons for superstitious reasons, Apple could very well succumb to its own triskaidekaphobia and skip the number 13.

iPhone 12S is a worthy guess for the name of Apple’s next generation of iPhones. Just as 2014’s iPhone 6 gave way to 2015’s iPhone 6S and 2017’s iPhone X preceded 2018’s iPhone XS, without a major redesign in the works (more on that below), the 2021 iPhone is just as likely to be positioned as an improvement on the iPhone 12.

Or maybe Apple takes a page out of Samsung’s book and names its next phone after the year of its conception: iPhone 2021 has a nice ring to it. Or what about the iPhone XXI? Or, dare to dream, Apple could go in a completely different direction and name it something fun, like the Motorola Citrus or LG Chocolate of yore.

Price: iPhone 13 could cost the same as iPhone 12… or even less

Apple’s iPhone 12 lineup included four phones at four different prices, with even more variation among carriers and storage configurations. At launch, the baseline iPhone 12 carrier model cost $799, an increase of $100 from 2019’s iPhone 11, largely due to the addition of 5G support. Because the iPhone 13 is not expected to have such a major technical upgrade, analysts are predicting a similar price structure for 2021.

Here’s the iPhone 12 pricing, for reference:

There is some speculation that Apple might consider lowering the price of its next phone lineup. Several rivals rose to the occasion of the economic downturn by releasing more affordable models in 2020, such as Samsung’s Galaxy S20 FE and Google’s Pixel 5, both the same price as the iPhone 12 Mini but about $100 less than the iPhone 12. The newly released Samsung Galaxy S21 also boasted a lower price tag, starting at $200 lower than its predecessor.

Sales of the iPhone 12 could indicate the direction Apple might take in pricing the iPhone 13. The predicted 2020 “supercycle” seems to have happened as Apple expected: In October, the iPhone 12 and 12 Pro became the first and second best-selling 5G phone models worldwide. And Apple recently announced that the iPhone 12 led to the largest revenue and profit in the company’s history.

No leaked renders or grainy videos have emerged yet, but we don’t expect any big changes to the iPhone’s design in 2021, considering 2020 saw a pretty significant “slabular” redesign already with the return of the iPhone 5‘s flat sides. Apple is also not expected to make any changes to the phone’s sizing from the previous generation.

Two potential design elements that are getting some decent buzz already: A shallower notch or completely notchless screen and the death of the Lightning port, both of which have been speculated about, hoped for or dreaded ad nauseum for generations of iPhones.

iPhone 13 may nix the chunky notch

Apple introduced the world to the notched display in 2017 with the release of the iPhone X, and as rivals solved the selfie conundrum with hole-punch and under-display cameras, Apple still hasn’t, er, taken it down a notch. Those who crossed their fingers for a notchless or at least smaller-notched iPhone 12 are reassigning their hopes to the iPhone 13 now that their 2020 all-screen dreams have failed to come to fruition.

Will Apple kill the Lightning port too?

When Apple ousted the headphone jack, the doomsday clock started ticking for the iPhone’s charging port as well, according to industry analysts. Though a lot of us are still holding out hope for a USB-C port, the introduction of MagSafe accessories in 2020 all but sealed the deal on a portless future for the iPhone. Frequent leaker Jon Prosser shares this prediction, asserting on his YouTube channel, “The end goal is very obviously portless.”

But don’t get too excited (nervous?): Kuo predicts that only one 2021 iPhone will be completely portless, likely the iPhone 13 Pro Max.

Cameras: New photo tricks and tech coming to the iPhone 13

The iPhone got some pretty well received camera upgrades in 2020, especially in the Pro Max model, which introduced the iOS crowd to lidar (also found on the Pro) and ProRaw. The iPhone 12 even wrested CNET photo enthusiast Stephen Shankland’s loyalty away from Google Pixel, the erstwhile computational photography king.

Better zoom capabilities for the iPhone 13

One weak spot in the 2020 lineup’s camera offerings, however, was zoom technology. The iPhone 12 Pro Max only featured a 2.5x optical zoom — for comparison, Samsung’s Galaxy S20 Ultra and now the S21 Ultra both offer a 100x zoom (though it is a mix of optical and digital). According to ETNews (as reported by TechRadar), the iPhone 13 could potentially include a periscope camera, a technology that would allow for a larger zoom range without requiring an even larger camera bump. Kuo made similar predictions for a future periscope lens, though his report hinted that we may have to wait until 2022. It’s also possible that the 2.5x zoom found on the iPhone 12 Pro Max could trickle down to the next iPhone’s Pro model.

New rumors in early February hint at welcome improvements for low-light photography. Analysts are predicting an ultrawide-angle lens with a larger aperture — f/1.8, instead of f/2.4. A larger aperture means more light can hit the sensor, which makes for better photos at nighttime or in low-light situations.

All four models of the iPhone 13 lineup could include lidar technology, according to a DigiTimes report. Lidar was introduced to the iPhone in 2020, but only on the Pro and Pro Max models, so this would only be a true upgrade for the basic model and the Mini. Still, lidar for everyone would be pretty nifty — the camera feature, which stands for “light detection and ranging,” is a depth sensor that uses lasers to measure distance. The camera trick can take your iPhone photos to the next level, and it also has some pretty cool AR applications.

Features: All the other iPhone 13 rumors we’ve heard

There’s a lot we can confidently predict for the 2021 iPhone lineup based on last year’s features and Apple’s usual track record. For instance, 5G is all but a foregone conclusion. There probably won’t be a charger or headphones in the box, nor a headphone jack, nor a USB-C port. And unless 2021 throws us for an even bigger loop than 2020, we expect Apple to preview iOS 15 at its annual WWDC event in June, shipping the iPhone 13 with the new operating system installed.

120Hz refresh rate for the iPhone 13 Pro and Pro Max

We thought we’d get a refreshed refresh rate in the iPhone 12, but the 120Hz rumors didn’t pan out — likely because of the already increased demands on battery from the phone’s 5G connectivity. Instead, Apple’s lineup last year featured the same 60Hz display as the previous year’s iPhone 11.

But 2021 could be the year of the 120Hz display, which allows for a smoother, faster scrolling experience thanks to a higher screen refresh rate. Many higher-end competitors already feature a 120Hz display (OnePlus 8T, Galaxy S20), so the odds are good Apple heads in this direction for its next Pro line.

Evidence for doubling the refresh rate in 2021 comes from Korean news site The Elec, which reports that two of the iPhone 13 models will use LTPO technology in their screens (story is in Spanish). This screen tech would make the phone more power-efficient in general, meaning smaller batteries and/or longer battery life are also probable (not to mention these whispers about an always-on display). Learn more about LTPO (which stands for low-temperature polycrystalline oxide) OLED screens.

Return of the Touch ID button

Bloomberg reported in 2019 that the beloved Touch ID button could return as an under-display sensor in the next year’s flagship, which would have been the iPhone 12. That didn’t happen, but the Bloomberg report left room for error, saying the technology could “slip to the 2021 iPhone refresh.”

Apple’s 2020 iPad Air, announced last September during what normally would have been an iPhone unveiling event, integrated a Touch ID button onto the side of the device. This addition was exciting because it solved the “Face ID doesn’t work while wearing a mask” problem without ceding screen real estate. An under-display button would solve the problem, too, though it remains to be seen whether the tech will be ready in time for the iPhone 13. (Meanwhile, those who own an Apple Watch will have yet another option for masked iPhone-unlocking, once iOS 14.5 becomes available.)

As we near the purported September iPhone announcement, we’ll keep this post updated with all the iPhone 13 leaks, rumors and other speculation as it comes up, so check back. And in the meantime, here’s what you should know about the iPhone 12: 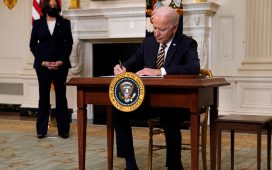 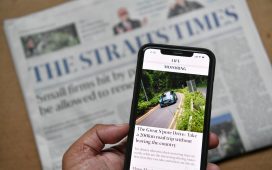 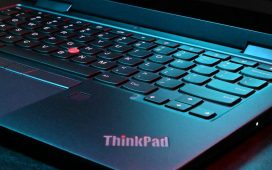 A fast, flexible Chromebook for the office 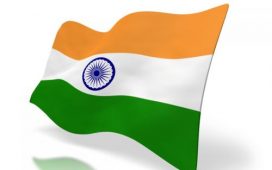 Final Fantasy VII is getting a mobile battle royale spinoff

'Like Disneyland': Fans of Fry's mourn electronics giant after its shutdown 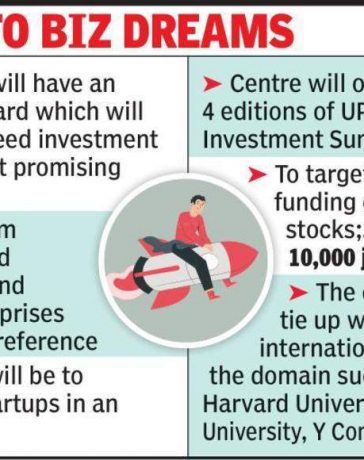 Unemployment statistics are grim – but here are 25,000 job vacancies you can apply for today