Gretchen McCulloch is an internet linguist who analyses the ways we communicate online. Her debut book Because Internet: Understanding the New Rules of Language explores the acronyms, memes, punctuation, and emoji that make up our modern discourse.

In your book, you talk about a game you played in high school where you would answer “Not much” to the question “How are you?” and “Good, how’re you?” to “What’s up” – you quickly realised no one noticed. Have you always been interested in our linguistic quirks, and how did that broaden to a love of internet language?
Yes! I first got interested in linguistics proper when I was about 12 – I picked up a book that happened to be about pop linguistics and thought it was the most amazing thing. I think, like many linguists, I have a difficult time turning the linguistics part of my brain off. If you get me at the pub, I may be trying to listen to what you’re saying and then get distracted by your vowels. So to be interested in the way people talk on the internet is just a natural extension of being interested in how people talk around me on an everyday basis. I see things go by and wonder how I could understand them and what’s going on.

You say the book is for people who understand internet language intuitively and also for people who want to figure out what on earth everyone is on about. Do you think older, or less online, people can get to grips with the new rules?
I think there’s a level to which it’s intuitive, but there’s also a level under conscious control. I’ve had people say to me: “Oh, I’m going to stop using a full stop at the end of text messages, because I’ve now realised that people are interpreting it as being passive aggressive.” There are certain, very explicit things everyone can be more aware of. One of the things I hope to do with Because Internet is foster this kind of dialogue between generations, because there doesn’t have to be one right way of doing things. I’m not saying that everyone has to talk like they’re a younger person, it can be just as valuable for young people to say: “OK, this older person is not actually trying to be passive aggressive when they send me this full stop.”

But some older people do get angry when younger generations use slang or miss out punctuation. You say this behaviour is deliberate and imbued with meaning, not lazy or wrong. Do you think people are starting to accept this?
I think it’s easy to see people doing something different from you, and assume it must be haphazard, random, or they must not know “the right way” to do it. In reality, people are acting for deliberate reasons, and I’m figuring out what those reasons are. I think that it can come as a tremendous relief to realise that you don’t have to be angry about language, you don’t have to be annoyed about people doing something different from you.

You’ve figured out a lot of why we do what we do – we use excessive lettersssss to heighten emotion, and use ~tildes~ to be sarcastic. But is there an element of internet language that stumps you?
I’ve been spending a fair bit of time recently with the comma ellipsis, which is three commas (,,,) instead of dot-dot-dot. I’ve been looking at it for over a year and I’m still figuring out what’s going on there. There seems to be something but possibly several somethings.

One use is by older people who, in some cases where they would use the classic ellipsis, use commas instead. It’s not quite clear if that’s a typo in some cases, but it seems to be more systematic than that. Maybe they’re preferring the comma because it’s a little bit easier to see if you’re on the older side, and your vision is not what it once was. Or maybe they just see the two as equivalent. It then seems to have jumped the shark into parody form. There’s a Facebook group in which younger people pretend to be to be baby boomers, and one of the features people use there is this comma ellipsis. And then in some circles there also seems to be a use of comma ellipses that is very, very heavily ironic. But what exactly the nature is of that heavy irony is still something that I’m working on figuring out.

It must be difficult to write about something that’s changing all the time. In your book you reference HHOJ (ha ha only joking), an abbreviation from the 1990s I’d never heard of. Why would that fall out of favour when “lol” has stuck around?
It’s funny, because in the 90s lists of acronyms would circulate, but I think only a few were ever really in common use. There’s a real tendency in media reports to sensationalise internet languages, so we don’t know if that’s really how anyone talked. There was a fad for acronyms in the 1800s as well. It seems like a very internet-y phenomenon: a couple hundred years ago, people used acronyms of deliberate misspellings of phrases. One example was KG, which stood for “no good”, but the “no” was spelt “know” as a deliberate, stylised misspelling, just like we see online. But the only one from that time that actually stuck around was OK. OK was a deliberate misspelling of “all correct” but spelled “oll korrect”. And OK still kind of feels like an acronym, but people don’t think of it as standing for anything in particular. When I look at “lol” I see something similar – a whole trend of making a bunch of words into acronyms but only a few have really stuck.

There seems to be a historical precedent for a lot of our weird online behaviour. What one finding surprised you the most?
Older people sometimes use “…” to separate thoughts online, which can baffle younger people [an example from the book: “i just had to beat 2 danish guys at ping poong…..&..they were good….glad i havent lost my chops”]. I was very excited to find the dot-dot-dot had an offline origin in letters and postcards. George Harrison sent a postcard to the other Beatles using dot-dot-dots, and it really does look like a text message from your parents or grandparents from a different era. It was really fascinating to me.

Did you expect to find so many historical precedents?
I hadn’t planned to keep coming back to the theme of offline origins, but I did. I had a feeling that people tend to sort of exoticise the internet and think of it as a place where all of the old rules don’t apply, but in many respects people are still people, and we still bring ourselves and our cultures with us when we go on the internet.

A lot more things than we might give credit for do have offline origins, whether that’s sending something in ALL CAPS, or sending little pictures alongside your messages, or making media references the same way people make meme references in conversation now. To realise that all of these have offline equivalents, it’s kind of a relaxing way to think about it. Not everything has to be new.

Because Internet: Understanding the New Rules of Language by Gretchen McCulloch is published by Penguin (£12.99). To order a copy go to guardianbookshop.com. Free UK p&p on all online orders over £15. 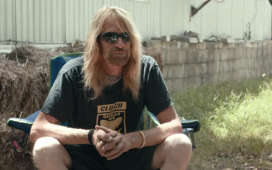 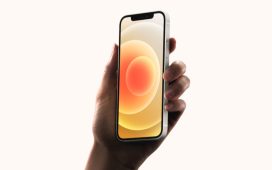 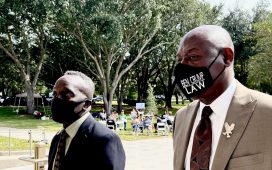 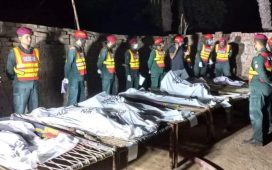 The case for data and artificial intelligence in retail & consumer goods