The tech company, whose shares have declined steadily since peaking in 2013, slid 11% Friday after reporting a drop in sales for every quarter of 2020.

The stock move puts IBM’s performance among Dow components in a familiar spot: at the bottom.

IBM was the single biggest drag on the blue-chip index between its climb from 20000 in January 2017 to 30000 last November, according to a Dow Jones Market Data analysis. Although the stock market rose to numerous records over that time, IBM shares fell, shaving 367 points off the Dow.

The trend has persisted since then, with IBM ranking among the worst-performing Dow components since the 30000 milestone.

If IBM were a different company — say, an oil producer, regional bank or airline — its underperformance might not be as surprising. But its business lies squarely in technology. That makes its fall from the biggest U.S. company in the 1980s to yearslong underdog all the more of an anomaly in an era when investors have handsomely rewarded technology stocks of all stripes — from industry-dominating companies like Apple Inc., Amazon.com Inc. and Microsoft Corp. to newer public-market entrants like exercise bike maker Peloton Interactive Inc. and Etsy Inc., the online retailer selling everything from macramé plant hangers to kitschy birthday cards.

For context, IBM has a market capitalization of about $119 billion, according to FactSet. That is a fraction of Apple’s $2.3 trillion and Amazon and Microsoft’s $1.7 trillion.

The simple answer for IBM’s stock performance? It hasn’t delivered the growth expected of technology companies. Although IBM snapped a 22-quarter streak of falling sales in January 2018, briefly reviving some investors’ hopes for a successful turnaround, it has largely failed to post strong results since then, trailing behind rivals like Amazon and Microsoft in the cloud computing business.

READ  Tech Matters: Why breaking up big tech is not the answer | Business

Chief Executive Arvind Krishna has said he is confident IBM’s renewed focus on artificial intelligence and hybrid cloud platform will allow it to return to revenue growth in 2021. Between that and encouraging increased risk-taking among employees, IBM “will look different at the end of the year,” he said.

So while the run-up in technology shares has been nothing short of eye-catching, Big Blue’s woes show that investors are far from indiscriminate buyers.

There’s a cautionary tale in it all, one analyst said.

“We’re in this weird time where some of these tech names and their moats seem totally impenetrable,” said Ross Mayfield, an investment strategy analyst at Baird. “But as entrenched as we think the FAANG names are, all you have to do is take a look at IBM to know that can change.”

Write to Akane Otani at akane.otani@wsj.com 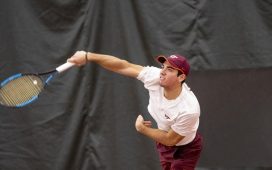 Hokies handle business at BC 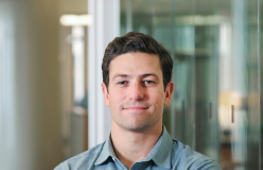 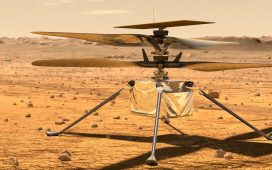 Taxes Q&A: I never got my mailed stimulus, can I claim it in my taxes? How do I file if I only received unemployment?

Hokies handle business at BC