The Intel logo is displayed outside of the Intel headquarters in Santa Clara, Calif.

Check out the companies making headlines in midday trading.

Boeing — Boeing’s stock turned negative on the day after CNBC confirmed the aerospace giant is considering an added cut to the production of its 787 Dreamliner aircraft. With its 737 Max line already grounded longer than expected, issues at Boeing’s commercial airplanes unit continue to expand.

American Express — Shares of the payments company rose more than 2% and hit a record on the back of stronger-than-forecast quarterly numbers. American Express posted a profit of $2.03 per share. Analysts polled by Refinitiv expected earnings per share of $2.01. The company said card-fee revenues were a key driver for the quarter’s bottom line.

Intel — Shares of the chip name surged more than 8% to their highest level since Sept. 2000 after the company beat fourth-quarter estimates and gave optimistic guidance for the first quarter of 2020. Revenue grew 8% year-over-year, fueled by the company’s Client Computing Group.

Broadcom, Skyworks — Broadcom rose 1.5% in midday trading after announcing a pair of supplier agreements with Apple late Thursday. The chipmaker estimated the deals would be worth $15 billion and said they apply to wireless components that will be used in Apple products launched over the next three and a half years. Shares of rival chipmaker Skyworks fell 4.6% on Friday morning, as Broadcom’s announcement seemed to outweigh its own better-than-expected results for its fiscal first quarter.

Wynn Resorts — Wynn Resorts stock fell 4% Friday as confirmed cases of the coronavirus continued to rise. Authorities in Macau, one of the locations where the casino company operates, have cancelled festivities for the Lunar New Year, and China has instituted travel bans for cities near the outbreak of the virus. There are more than 900 confirmed cases of the virus, according to Chinese state media and the United States Center for Disease Control.

Synchrony Financial — Synchrony Financial tanked more than 9% after missing analyst expectations for its fourth-quarter revenue. The company earned $4.029 billion in revenue, while analysts were expecting $4.072 billion, according to Refinitiv. Synchrony’s net interest income fell 7% year-over-year. The company also expects net interest margin between 15.25% and 15.5% for 2020, below estimates of 15.71%.

Disney — Disney stock fell 1.5% Friday after it announced the Shanghai Disney resort will close until further notice as officials try to stop the spread of the coronavirus. The closure comes at what would normally be an exceptionally busy time for the resort, China’s seven-day Lunar New Year holiday.

United Airlines — The airline stock fell more than 4% on Friday as the total number of Wuhan virus cases rose around the world. Pacific revenue as a percent of total company sales were over 10% for United in 2019, meaning that the company is likely more exposed to cancellations in commercial air traffic in the region than other airlines, according to a Bank of America analysis. 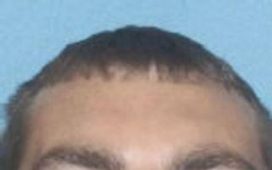 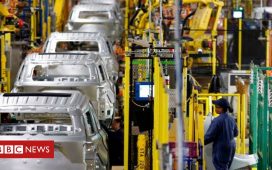 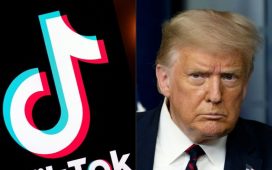 Trump tech war with China changes the game for US business 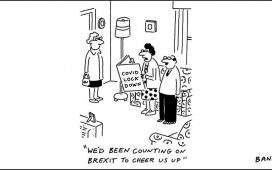 Samsung Z Fold2 — fine for an arm and leg

US proposes changes in legal immunity for internet platforms