The High Court has granted a temporary injunction restraining a landowner from interfering with efforts by the official in charge of his bankruptcy from selling the properties.

The injunction was obtained against John Gaynor from Ballinlug, Rathconrath, Mullingar, Co Westmeath following an application by the Official Assignee (OA) Mr Michael Ian Larkin, who is the official in charge of Mr Gaynor’s bankruptcy.

The matter came before Ms Justice Bronagh O’Hanlon during Tuesday’s vacation sitting of the High Court.

Represented by Edward Farrelly SC the OA claims Mr Gaynor has been interfering with efforts to sell three separate parcels of land, totalling just over 54.5 hectares, in Co Westmeath.

The lands form part of the defendant’s estate in bankruptcy and are lawfully being sold by the OA for the benefit of Mr Gaynor’s creditors.

Counsel said that Mr Gaynor’s bankruptcy proceedings have had a long history.

Mr Gaynor was adjudicated a bankrupt in 2015, on foot of a petition from his former solicitors Noel Sheridan and Peter Quinn over unpaid fees.

He was due to exit bankruptcy in December 2016.

However, In 2017 his bankruptcy was extended for an addition five years after the High Court held that the defendant had not co-operated with the OA.

Counsel said that Mr Gaynor contested the applications both to adjudicate him a bankrupt and to extend his bankruptcy, and had appealed decisions against him.

Counsel said that the injunction application relates solely to efforts by the OA, as part of his duties concerning the bankrupt’s estate, to sell lands owned by Mr Gaynor.

Mr Gaynor’s interference with the process included contact made by him with potential purchasers of the lands, counsel said.

Counsel said that the OA was seeking various orders including an injunction against Mr Gaynor as his client did not want to lose the sales.

The orders sought include one restraining Mr Gaynor form interfering with the sale process, and that the defendant also deliver up vacant possession of the properties to the OA.

However, counsel said that the OA was undertaking not to sell the lands until after the matter had been fully aired before the courts.

Mr Gaynor who appeared in person court on Tuesday, asked that the case be adjourned for a period so he could obtain legal advice and representation.

After considering the matter the judge said she was prepared to grant the OA a temporary injunction, restraining Mr Gaynor, or anyone who has notice of the order from contacting or interfering with purchasers or potential purchasers of the lands.

The court also retrained Mr Gaynor from interfering with or obstructing the OA from exercising his powers and functions in relation to the defendant’s estate.

The judge said she was not prepared to adjourn the matter with no injunction in place, but urged Mr Gaynor to obtain legal advice.

The Judge added that the injunction is to remain in place until the case returns before the court in October when the new legal term commences. 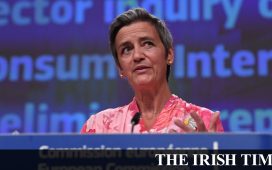 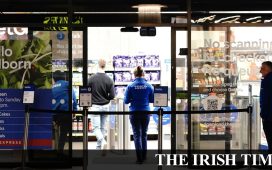 Tesco to open its first cashierless store in London 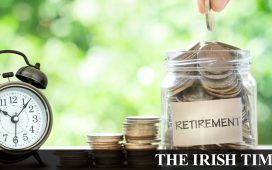 More than a quarter expect to continue paying mortgage in retirement 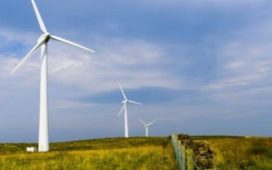 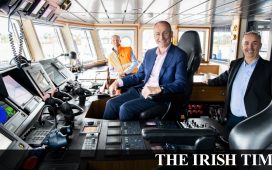 Green Rebel to create 50 jobs in Cork and Limerick 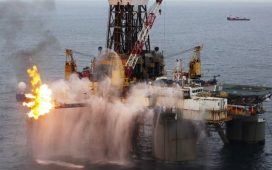 Heathrow passenger charge to be curbed

Beats Studio 3 Headphones are $180 OFF at Best Buy Today

Climate change: Over 99.9% of studies agree that global warming is mainly caused by humans