International infrastructure group Balfour Beatty has said it is to withdraw from the Irish market. The company said it is in consultation with its staff over the exit proposal, which was first reported by the Irish Independent.

Balfour Beatty directly employs 26 staff in Ireland, while it is also involved in a joint venture employing 300 with Irish company CLG that has an infrastructure contract with Bord Gáis Networks. That 10-year contract is due to expire this summer.

The group, which specialises in designing, building and financing infrastructure projects, has also been involved in the construction of several healthcare facilities here, as well as a major distribution hub for Pallas Foods.

The group has sales of €8.6 million in the Irish market in 2019, according to its most recently filed accounts. The gas joint venture with CLG has clocked up significant losses in recent years and has warned that it may have to restructure €9 million in loan notes from its shareholders. 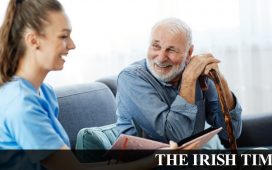