Limbaugh’s wife, Kathryn, made the announcement on his radio show today. He had announced his Stage 4 cancer diagnosis a year ago, one day before Trump presented him with the Presidential Medal of Freedom during the 2020 State of the Union address.

The homepage on Limbaugh’s site reads: “In Loving Memory of Rush Hudson Limbaugh III The Greatest of All Time.”

Trump marked Limbaugh’s death by calling into Fox News for his first interview of 2021. The former commander in chief praised the late media titan for supporting him early during the 2016 campaign but also used the opportunity to regurgitate debunked falsehoods about Trump winning the 2020 election. “Rush thought we won, and so do I. I think we won substantially,” Trump said on-air.

Remembering Rush Limbaugh: ‘Heaven’s Gain’ To Some, New ‘Radio Show In Hell’ To Others

The Rush Limbaugh Show launched in radio syndication in August 1988 on 56 stations, and Limbaugh eventually became one of the most influential conservative voices in the media landscape. As of last year, his show — long the top-rated in the nation — airs on more than 600 stations on syndicator Premiere Networks and reaches 27 million people weekly.

The cigar-loving host signed nine-digit contracts in 2001 and again in 2008 and by 2017 was the second-highest-paid radio personality behind SiruisXM’s Howard Stern. Limbaugh won the National Association of Broadcasters’ Marconi Radio Award for Syndicated Radio Personality of the Year five times between 1992 and 2014, and was inducted into the NAB’s Hall of Fame in 1998.  He joined the National Radio Hall of Fame in 1993.

He also hosted an eponymous TV show produced by future Fox News maven Roger Ailes during the mid-’90s and had a brief stint as an NFL commentator for ESPN in 2003.

Limbaugh’s unapologetic conservative takes inspired a rabid fan base and often shook GOP politics. During the final weeks of the 2020 election, Limbaugh hosted a two-hour program during which Trump answered his questions and those from listeners.

Born on January 12, 1951, in Cape Girardeau, MO, Limbaugh began his radio career as a DJ in 1971 and continued to work in the medium throughout that decade before joining Major League Baseball’s Kansas City in 1979. What began as a part-time gig became a full-time job as director of group sales and special events.

He would return to radio in 1983, ditching his “Bachelor Jeff” Christie handle and using his real name. In October 1984, he replaced Morton Downey Jr. on KFBK-AM Sacramento, which led to his syndicated program.

Controversy followed Limbaugh like a shadow — and he relished it. When ESPN hired him for its Sunday Night Countdown NFL pregame show in 2003, his expected hot takes included saying of then-star Donovan McNabb: “I think what we’ve had here is a little social concern from the NFL. I think the media has been very desirous that a black quarterback do well.”

Limbaugh would last all of four weeks in the job. His hiring came a few years after ESPN’s Disney sibling ABC hired conservative comic and Saturday Night Live alum Dennis Miller as an analyst for its Monday Night Football broadcasts.

But Limbaugh kept his day job — one that launched a conservative radio explosion. His daily three-hour Rush Limbaugh Show featured his often-right-wing views on such hot-button topics as international and domestic politics, race, the environment, AIDS and feminism. He famously drew ire for using his pet phrase “Feminazi” to describe activists on women’s issues.

He enjoyed battling with those who practiced opposite politics and would appear on mainstream TV talk shows including Late Show with David Letterman, The Tonight Show with Jay Leno and Larry King Live. Limbaugh also has frequented Fox News programs including Hannity, Fox and Friends and On the Record with Brit Hume.

His astounding popularity in the early- to mid-’90s also led to the creation of syndicated talker The Dennis Prager Show and Monty, a short-lived sitcom starring Henry Winkler as a conservative TV talk show host.

Here is a clip from Limbaugh’s January 22 show in which he chastised Democrats for “putting on a show” that said Trump and his supporters were planning another attack to take over the government: 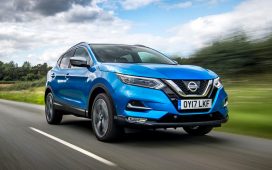 Opinion: Should the Nissan Qashqai be considered one of ‘the greats’? 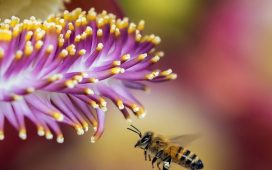 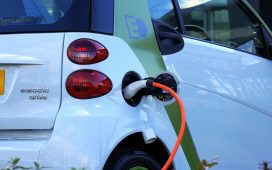 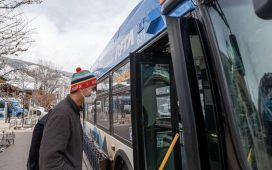