Facing a continuing upward trajectory in Covid-19 cases, the Indian government is clamping down on media coverage critical of its handling of the pandemic.

More than 50 Indian journalists have been arrested or had police complaints registered against them, while others have been physically assaulted.

The majority of those facing action are independent journalists working in rural India, home to more than 60% of the 1.35 billion population.

“The indirect message is that we cannot show the government in poor light. It does not matter if we have to turn a blind eye to issues we witness,” said Om Sharma, a journalist with a Hindi daily in Himachal Pradesh, a mountain state in north India. Police had charged him over a Facebook live report that showed stranded workers in need of food during the lockdown.

Sharma faced charges of spreading false information, disobeying the order of a public servant and acting negligently to spread infection of a dangerous disease.

The world’s biggest population lockdown was partially lifted last week after 10 weeks that saw many of the country’s social and economic inequalities thrown into sharper focus, with the most vulnerable badly hit as their work vanished overnight. As of Thursday, 1.58 million people had had the virus and 38,000 had died.

Just hours before announcing the lockdown, Narendra Modi, the prime minister, held a video conference with 20 owners and editors from India’s largest print media organisations. “It was important to tackle the spread of pessimism, negativity and rumour,” he told them. Modi’s handling of the pandemic has been under increasing criticism as he has changed tack on policy and failed to curb the virus’s spread, with India now the third worst affected country after the US and Brazil.

In a country where half-truths circulate over social media – in some cases spread by politicians – and dubious remedies have been pushed, the government argued before the supreme court that “fake news” triggered the exodus of day labourers from the cities. The court directed the media to “refer to and publish the official version about the developments”.

Journalists complain that their freedoms are being curtailed. Sharma was refused a curfew pass by his local administration. He had no option but to work from home, relying on social media platforms, asking local people to share their issues.

Earlier this month, the Committee to Protect Journalists wrote to the Himachal Pradesh government, resulting in the chief minister announcing that the cases against Sharma and five other journalists would be withdrawn.

In Jammu and Kashmir, reporters have alleged physical assaults by police. On 11 April, police slapped and used batons on Mushtaq Ahmed Ganai, a Srinagar-based reporter with the Kashmir Observer, before he was arrested. Ganai was out reporting on the lockdown at the time.

Charged with disobedience under sections of the 123-year-old Epidemic Diseases Act, Ganai was held for more than 48 hours. Ganai said that the “press” sticker was removed from his car before it was returned. The following day he was back in his office. “Journalism is a passion, specifically for those in Kashmir. We cannot afford to back out,” he said.

The media clampdown has added to the challenges of severe restrictions on movement. Moreover, access to lawyers has been limited and courts are still hearing only urgent cases.

Geeta Seshu, of the Free Speech Collective, said the restrictions were having an impact on reporting. “During the pandemic, the government has taken some crucial policy decisions regarding environment and railways. Most of the media organisations played safe by not reviewing these decisions,” she said.

India has now dropped two places to be ranked 142 out of 180 countries on the global press freedom index. Responding to this in May, India’s information and broadcasting minister, Prakash Javadekar, tweeted: “Media in India enjoy absolute freedom. We will expose, sooner than later, those surveys that tend to portray bad picture about ‘Freedom of Press’ in India.” 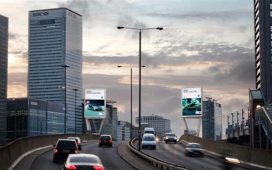 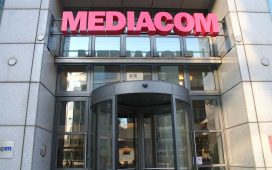 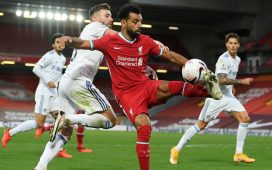 Apple One: is Apple’s new subscription bundle worth it?