With Christopher Nolan’s new film Tenet doomed to arrive like Achilles racing the tortoise in Zeno’s paradox, approaching and approaching, forever closing the gap but never quite here, it is an interesting time for his adored cerebro-tech thriller Inception to get a re-release on streaming platforms. It’s a measure of Nolan’s towering prestige that a film made a mere 10 years ago can be eligible for classic reassessment status, but there’s also something disconcerting about it.

Rightly or wrongly, Nolan fans and the industry generally had been encouraged to believe in Tenet as the morale-boosting new dawn for post-Covid theatrical life – the flagship for cinema as challenging, spectacular entertainment. So, inevitably, it looks as if Inception is somehow being offered as second best, or as a warmup act hustled hastily on stage to keep the audience quiet because the (similar) main event is still stuck in traffic miles away.

Well, Inception is still very impressive; looking back, I see that I found its tech and technique dazzling, but the narrative inert. Yet maybe that was not doing justice to how staggering its fantasy set pieces were.

Leonardo DiCaprio plays a brain-hacker of the future called Cobb, an industrial-espionage mercenary who specialises in invading plutocrats’ dreaming minds to steal commercially sensitive information. He builds detailed, complex imaginary worlds to seduce the dreamers into letting their subconscious guards down, with the help of a supercool crew of forgers: Eames (Tom Hardy), Ariadne (Ellen Page) and Arthur (Joseph Gordon-Levitt). Now a Japanese CEO Saito (Ken Watanabe) wants to hire Cobb to implant a destructive idea inside the head of a rival, Fischer (Cillian Murphy). To do it, Cobb devises a triple-decker dream, a dream-within-a-dream-within-a-dream. But the memory of his late wife Mal (Marion Cotillard) will keep invading this synapse-world.

For me, despite all the Kubrickian brilliance that Nolan often conjures, there is frequent narrative claustrophobia, and I still think that it is only at the level of waking life that real drama and jeopardy exist. But those imagined worlds are breathtaking and in the decade since Inception came out, I’ve seen nothing else come close. It is impossible not to gasp when Cobb takes Ariadne for coffee in Paris, and then shows her how malleable and adaptable an imagined city can be. As for DiCaprio, it is a slight shame that Nolan can’t release in him the comic mischief and vulnerability that Scorsese and Tarantino know how to find, but that, arguably, isn’t the point here. It is a thriller and DiCaprio is the film’s sleekest and sexiest piece of kit.

Watching this, I found myself realising how much I’ve missed seeing Page in the top flight of movies over the past decade, and also noticing how Hardy can sometimes look as pudgy as some bloke in a pub, and sometimes snap mysteriously into shape, athletic as a future Bond. With this film, Nolan virtually reinvented virtual reality.

• Inception is in cinemas from 31 July. 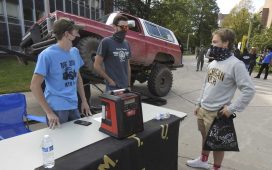 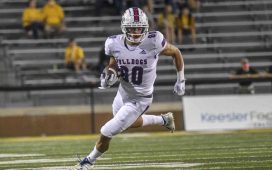 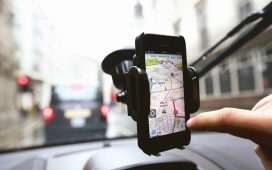 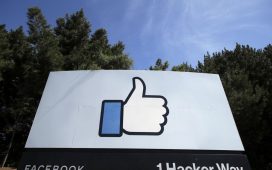 As Trump holds back, tech firms step in on election security – Herald & Review 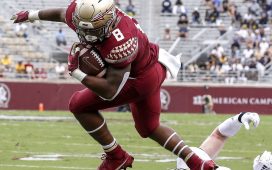 Film review: How can the Florida State Seminoles offense improve?

Papering over the stream of bad news – Press Enterprise

Import duty: A guide to buying your next used car from abroad

Flashback: Sony Xperia Z1 Compact was the first to rebel against the phablet craze