Techregister Logo
Techregister > Dev > In the red corner, Big Red, and in the blue corner… the rest of the tech industry
Dev

In the red corner, Big Red, and in the blue corner… the rest of the tech industry


Column Later this spring, the US Supreme Court will hear Google v Oracle. This is the final appeal of a decade-long case in which Oracle claims Google stole the Java application program interface (API) structure that defines how programs interact with Java’s own libraries. That Google reproduced the API in Android is not in doubt; until Oracle kicked up a stink, it was also not in doubt that APIs could not be copyrighted.

But anything can happen in court. Having lost multiple other cases, Oracle thought it might as well have a pop at stopping what it says is theft but everyone else sees as a defining feature of software innovation. Oracle claims that if Google is allowed to replicate the API, then invention will be stifled and honest, hard-working companies devoted to the greater good will be cruelly denied their just rewards. Yes, that Oracle.

At the time of writing, Oracle stands alone in this opinion, well almost alone. Google on the other hand has amassed a formidable set of allies prepared to testify in its favour – Microsoft, IBM, industry associations and hundreds of academics.

Add me to that list. For I once put bread on my table and beer in my belly by replicating an API.

In 1987, I was the first employee at a London start-up called Alfa Systems. The two co-founders, David Karlin and Mike Leadbetter, were like me part of the great diaspora of Sinclair Research staff cast into the outer darkness when Amstrad bought the company’s corpse. Karlin had been chief designer of the QL and Leadbetter had to sell the result. Reasoning that if they could survive that they could survive anything, they set up shop to peddle new electronic ideas of their own.

The first big thing from Alfa was going to be a PC networking system, and I was hired to write the software bits. Although the IBM PC standard was established by then there wasn’t anything approaching a standard network: Ethernet was too expensive and TCP/IP barely three years old, both being things you maybe read about in obscure technical journals.

IBM itself had developed a PC network, a monstrosity that used cable TV distribution technologies. It did at least work with PC/MS-DOS and had a documented interface, so we decided to build our own system to be compatible with that.

Since these were the days when Windows was just a DOS application; we had to write the software to work with DOS. No applications had any concept of networking, so our software had to insinuate itself at the DOS API level, intercepting all of the disk commands and making the network look like a giant floppy. While a lot of the DOS API was documented, some of the really important bits were kept secret by Microsoft, presumably to stop people like us doing things that Bill Gates wanted to keep to himself. But we had a disassembler and we knew how to use it: there are ultimately no secrets in computing. Reader, we pulled that puppy apart and built a Frankendog.

A large part of my time, therefore, was writing code that sat above and below the API, and thus replicating very closely how that API worked. We ended up with one of the first affordable networking systems on the market, well before Microsoft got that act in gear. We’d heard that a new Utah company called Novell was in the same business, but we’d see them off, right?

OK, so that last bit didn’t materialise. But if Oracle’s take on API copyright had been in force, neither of us would have been able to even try. Microsoft desperately wanted to control the MS-DOS market well beyond the legal tools available to it back then, both by trying to keep essential technical details secret and through a range of dirty tricks.

Had it had legal control over usage of the API, the PC market would have gone the same way as all previous proprietary computing environments and turned into an exercise in milking maximum money out of customers by any means short of actually innovating. By the same reasoning, IBM PC clones would also have been shut down through copyright of the BIOS API, giving IBM the same power over personal computing as it had enjoyed, with much litigation, in mainframes. You can see why Oracle likes this idea.

The irony, of course, is that open computing has produced the most fevered upsurge in new technology since the Industrial Revolution. The richest companies in the world are the tech giants – Apple, Google, Microsoft itself – all borne aloft ultimately on open hardware, open software and most critically, open networking. The common language that defines the Internet is its APIs. They are how everything plugs together.

Take a good look around. If the Supremes find for Oracle, nothing much will change thereafter. Technology will belong to the companies who can afford to buy the most APIs and set up their toll booths accordingly.

You thought the past five years were bad? Oh boy. ®

Sponsored:
Tell Us What You Think Of The Register! 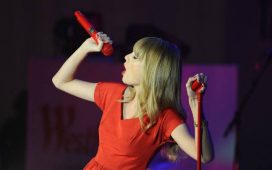 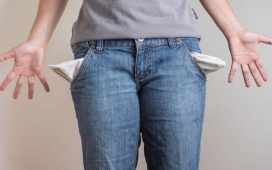 Another body for the Google graveyard: Chrome Web Store payments. Bad news if you wanted to bank some income from these apps 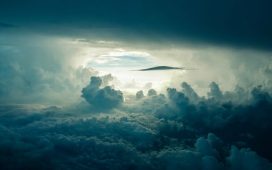 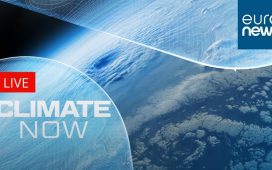 How can artificial intelligence help to fight climate change? We answer your questions