Ice fishing is popular this winter


“More people have been ice fishing this winter because a lot of things are not happening due to COVID-19,” Calub Shavlik, who is the acting area supervisor at the Department of Natural Resource fisheries office in Park Rapids, said. “People just want to get out of the house and do something, and that has increased the number of people going out on the ice.”

Shavlik has been ice fishing since he was a boy growing up in New Ulm. “My dad would take me and we’d drive 45 miles or more to get to a good lake,” he said.

Since moving to the Nevis area, he gets out on the ice several times a week.

Shavlik recommends newcomers to the sport of ice fishing pick a fish that is easier to catch, such as black crappies or bluegills.

“Bluegill fishing is a very good activity for kids to be involved with,” he said.

“A simple rod and reel will work. If you are going for crappies, use some crappie minnows or wax worms. For bluegills, wax worms are the typical bait people use. Some people have had good luck with artificial wax worms. If you want to know the best bait to use, head to a local bait shop to see what people are having success using. You’ve got to play around once you’re on the ice too, find out what the fish are actually interested in.”

Shavlik said another activity that kids find exciting is tip-up fishing for northern pike. “There are quite a few lakes in the Park Rapids area for that, such as Portage, Potato and Mantrap,” he said. “But for tip-up, you’ve got a bigger type of bait, shiners or small white suckers. When the flag comes up it means a fish is taking the bait. The kids will go running to that hole to see if they can catch that fish that’s taking the bait.”

READ  US, others prepare evacuations as virus spreads from China - Enterprise News

In Minnesota, two tip-ups or rods are allowed per adult with a valid fishing license. Youth under 16 do not need a fishing license if they are fishing with an adult.

“The fishing has been pretty good if you have a depth finder and know the contour of the lake,” he said. “People fishing for a certain species may favor one side of the lake or the other. I personally don’t like to go in the middle of crowds. I like to fish on the outside of a group of people so the fish that get scared off come towards me. You should be flexible about moving around because fish are always moving.”

Other anglers prefer to have a large fish house they leave in one location all season in areas where there is a plowed road going onto the lake from the shore, such as Fish Hook, 11th Crow Wing, 6th Crow Wing or Garfield lakes.

Shavlik prefers going out on the ice alone, pulling a sled with his fishing gear which includes a tent cover to break the wind. “It keeps some heat inside to keep my hands warm,” he said. “Late in the season I want to be more mobile so I fish without that.”

His most recent angling expeditions have been going in search of black crappies. “In March or April, I’m usually going after bluegills,” he said. “I’m like a kid going fishing. I like a fish species that is easy to catch so I can have some fun while I’m out there. A lot of people like to go after walleyes. Those are typically caught right at sunset or early morning. There is a 15- or 20-minute window when they are feeding. You might get a couple and that would be a good night. With crappies, you have a two- to three-hour window to catch them.”

READ  COLLEGE HOCKEY: Stonehill went from the bottom to the top in the NE-10 Conference - Enterprise News

Shavlik said he considers a good day of fishing catching two crappies bigger than 10 inches. “If I catch smaller ones, I release them,” he said. “Some days I don’t catch any, but I enjoy the activity even when the fish aren’t cooperating.”

Part of the fun of fishing is the aspect of surprise. “A couple of times I’ve caught a different fish species I wasn’t expecting,” he said. “One time while fishing for crappies, I hooked a walleye close to 30 inches. I could not get that fish to turn so I could get it up out of the hole. Another time, I caught a northern pike pushing 36 inches while ice fishing for crappies. I released that one.”

Once caught, he deep fries his fish in a turkey-style deep fryer in about four inches of oil at 350 degrees. “I like the cracker crumb dry batter,” he said. “Other people like the liquid batter. They add a little beer to it and then deep fry it. Other people like to bake them in the oven with a little lemon or lime and a slice of onion or fry them in a pan. I fish all year around, but I like the fish caught in the wintertime best because they come out of colder water, maybe four to eight degrees where in the summer time it might be 45 to 50 degree water. Fish are a lot firmer in the winter time because of those cold water temperatures.”

Saturday’s Enterprise will feature a story about Shavlik’s personal experience of breaking through the ice on his ATV and his advice for what local residents need to know about area lakes and ice formation to keep themselves safe. 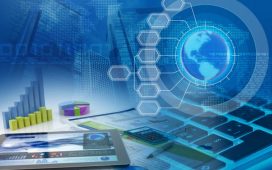 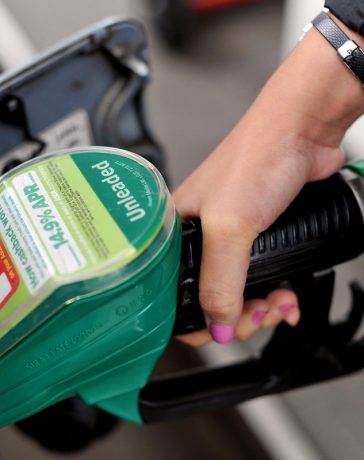 Next withdraws from race to buy Arcadia retail empire