Luke Selvey manoeuvred the beam trawler Emilia Jayne into Brixham harbour with a hold packed with fish after three and a half days at sea. He gave a toothy grin. “We’ve got cuttlefish, Dover sole, brill, turbot, monks … all sorts,” the skipper said. “The fishing is the best we’ve seen for years.”

But Selvey stopped smiling when he considered how much he and his crew would make out their trip. “The problem we’ve got is that the price of the fish is terrible. It’s making things really, really difficult for us. We’re having to work much harder to try to make a buck.”

The Covid crisis is partly to blame but fishers like Selvey believe a much more fundamental factor is the Brexit deal. Almost three-quarters of the fish landed at this historic Devon port is exported to mainland Europe and extra bureaucracy and confusion over the new system has led to consignments being delayed or rejected. Buyers in France, Spain and Italy have refused to pay top whack for fish that is not as fresh as they would like and the price of the catch landed in Brixham has dropped.

Selvey and his crew receive a share of the profit their fish fetches at market. If the prices of fish plunges, their wages follow. “It means we’re going out in all conditions for maybe half the wages we we were making last year,” he said.

They call going out to sea in harsh conditions “pushing weather”. “It’s dangerous for us in the fishing community to have to push more weather,” said Selvey. The hazards of fishing are keenly felt here at the moment. Close to where Selvey spoke, there is a makeshift shrine to a local fisher, Adam Harper, 26, one of two men who died when the boat the Joanna C sank three miles (5km) out to sea this winter.

“But we have families to look after, mortgages to pay, boats to be paid for,” said Selvey. ‘“I shouldn’t be out there in southerly gales but my family needs to be fed, watered and clothed. The fleet as a whole has caught more fish this year but the money is probably down by a third. It’s depressing.”

The main catch at this time of year is cuttlefish, the vast majority of which ends up in mainland Europe. Usually it would fetch about £4.50 a kg but this year the price has been as low as £1.80. Dover sole has dropped from about £15 to £7, and plaice from £3 to £1.10. All in all, Sharp believes his business is down a third from where he was this time last year.

“Everyone is paddling around trying to make money,” he said. “This is the time of year you make your money. It’s always a bit leaner in April and May when the fish are breeding. Now is when we need to make money to survive. Exporting is a nightmare. The government has called it teething problems but it’s not that. It’s disheartening to be working the same hours or more, catching the same fish and getting a third of the return.”

In his office overlooking the harbour, the fish merchant Ian Perkes was trying to arrange deliveries to customers on mainland Europe. “It’s getting horrendous,” he said.

Perkes sent off his first consignment of fish – five different species worth a total of £5,000 – with a degree of optimism. An official noticed that the commodity code for the skate wings did not seem right though Perkes’ staff had used the one they were given by the UK authorities. “The whole consignment was brought back. “We froze some, sold some but it was a disaster, most was lost.”

Perkes reeled off other examples of consignments being rejected or delayed. He heard that one trucker had to relabel thousands of boxes of frozen fish because they were marked as being from the UK rather than Great Britain. Before Brexit a consignment required perhaps three documents; now it is around 40.

“It’s going to get worse after the lockdown. At the moment the routes to France are empty. When every man and his caravan is back on the road it’s going to be even worse.”

The government said it was listening to the fishering industry. A spokesperson said: “We recognise the issues businesses involved in the export of highly perishable fresh and live seafood are facing, and as such are working closely with the fishing industry and authorities in EU member states to ensure that goods can continue to flow smoothly to market.

“We recently announced that the £23m fisheries support fund is being expanded to offer support to a wider range of businesses. We will be offering funding to help fishermen meet their fixed costs as businesses adjust to the new arrangements.”

The government said it was holding weekly meetings with industry groups and working with Dutch, French and Irish officials to resolve issues with documentation.

But Perkes said all this would never be able to make up for the damage to his business. His customers were not going to put up with fish taking longer to reach them and would look for different ways to make sure they had a fresh product. Perkes had been keen on Brexit, but now said: “Boris Johnson came here and said we were going to get all our fish back and have free trade. That’s turned out to be nonsense.”

Fishing communities are nothing if not practical and pragmatic. Sean Irvine, the owner of two Brixham boats, said his business was down by a third. He voted against Brexit but said he accepted the result and the industry now needed to find ways of improving the deal.

Irvine said he believed that if the UK government accepted more regulations from the EU – which he argued the fishing industry followed anyway – a softer border between the UK and mainland Europe for perishable goods could be possible, perhaps more like the system Northern Ireland had.

“What we’ve got is a hard Brexit at the moment, no matter what anyone says. We need to look again at how perishable goods are moved. We should find a more common-sense way to keep fish, sheep, cows moving. If we had that, boom, we’d be off again.” 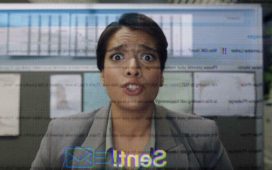 “Let There Be Fruit:” Robinsons Aims to Flavor a Billion Glasses of Water 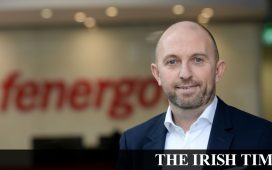 How Fenergo turned a crisis into an opportunity 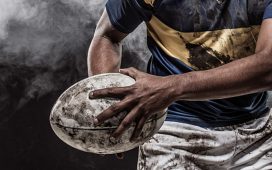 What do elite sport and business leadership have in common? 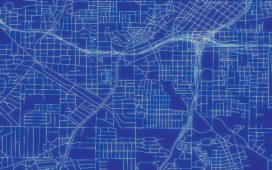 How to Map Out the Best Next Steps After Earnings

This 'tech support' scam is stealing million from seniors, including my mom

PumPumPum gets Rs 5.5 crore funding from Inflection Point, others 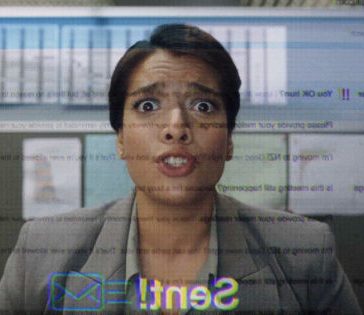 “Let There Be Fruit:” Robinsons Aims to Flavor a Billion Glasses of Water

How Fenergo turned a crisis into an opportunity

What do elite sport and business leadership have in common?

How to Map Out the Best Next Steps After Earnings

Anya Hindmarch to open five spaces on a single street