VANCOUVER, British Columbia—Huawei Technologies Co.’s finance chief won’t be a flight risk while awaiting a decision on her extradition to the U.S., her lawyer said at a bail hearing here Monday.

But the court proceeding ended without a decision, delaying for now whether Meng Wanzhou can go free while awaiting a separate matter of extradition to the U.S. The hearing resumes Tuesday morning.

The executive returned to the Canadian court after spending more than a week in detention following her arrest at the request of U.S. authorities. They allege she lied to banks about Huawei’s ties to a company that did business in Iran, in violation of U.S. sanctions.

Justice William Ehrcke, of the Supreme Court of British Columbia, was skeptical during Monday’s proceedings of the bail conditions proposed by Ms. Meng’s attorney, David Martin.

As part of the bail terms, Mr. Martin suggested 15 million Canadian dollars (about $11.2 million), one million in cash and the rest secured by her two Vancouver homes. He presented two people, each to serve as a surety, essentially a supervisor for an accused person out on bail. One of them was Xiaozong Liu, Ms. Meng’s husband, and the other was Scot Filer, chief executive of the Vancouver-based firm Lions Gate Risk Management.

A home owned by the family of Meng Wanzhou, in Vancouver, Canada.

Justice Ehrcke questioned Mr. Liu’s immigrations status, saying he wasn’t convinced he could ensure Ms. Meng wouldn’t be a flight risk if he can’t remain in Canada himself. Extradition cases can go on “not just for many months, but many years,” Justice Ehrcke said.

READ  OPPO revs its user’s security with some cool features on ColorOS 7: Find out how

John Gibb-Carsley, the Canadian prosecutor arguing on behalf of the U.S., echoed those concerns. He had earlier argued Ms. Meng’s vast family wealth, which he pegged in the billions of dollars, gives her the financial wherewithal to leave Canada if released.

In closing arguments Monday, Mr. Martin said Ms. Meng has a “completely unblemished record” and that “it does not overstate to say that she would embarrass China itself” if she fled.

Ms. Meng is being held about an hour’s drive east of Vancouver at the Alouette Correctional Centre for Women in Maple Ridge, British Columbia, according to a person familiar with the matter. She awaits an extradition process, in which filings and legal wrangling over transferring her to U.S. authorities could take months.

She faces multiple criminal charges that each carry up to 30 years in prison.

Whether she ultimately is found to have lied to banks about Huawei’s ties to the company in question, Skycom Tech Co., could hinge on who ultimately controlled the Hong Kong entity after 2009. Ms. Meng’s lawyer said she and Huawei severed ties to Skycom in 2009 and can’t be held responsible for its activities in the years that followed.

Huawei, which has said it knows of no wrongdoing by Ms. Meng, said it will continue to follow the bail hearing and is confident “the Canadian and U.S. legal systems will reach a just conclusion.”

Mr. Gibb-Carsley poked at defense’s reliance on a PowerPoint presentation to HSBC Holdings Ltd., in which Ms. Meng explained Huawei no longer had a stake in Skycom, saying the document contained misstatements.

Documents filed by Ms. Meng’s lawyers had said the 46-year-old suffers from numerous health issues, including hypertension and difficulty eating solid food, and is willing to put up her two Vancouver homes as collateral to be released on bail.

In an application for temporary release, Ms. Meng and Mr. Martin stated that the executive has suffered from a number of ailments throughout her life and that she is worried about her health eroding further while in detention. The documents said she survived thyroid cancer for which she underwent surgery in 2011, currently suffers from hypertension, and, in May, had surgery on her jaw and throat to fix issues related to sleep apnea, making it difficult for her to eat solid food.

Ms. Meng has numerous ties to Vancouver dating at least 15 years, Mr. Martin said, including two homes owned with her husband assessed at a combined 21.9 million Canadian dollars ($16.4 million) in 2017. Ms. Meng and her immediate and extended family spend significant portions of each summer in Vancouver.

Ms. Meng said in an affidavit she is willing to pledge the equity in their homes as collateral, will surrender her two passports and will stay in Vancouver to contest her extradition.

“My father founded Huawei and I would never do anything that would cause the company reputational damage,” she said. “I believe breaching my bail conditions would cause such damage.”

Ms. Meng was arrested Dec. 1 while en route from Hong Kong to Mexico.

China, where Huawei is based, delivered an ultimatum Saturday to Canada: Release Ms. Meng or face “severe consequences.” It didn’t say what those consequences might be.

A Canadian foreign ministry spokesman had no comment beyond Foreign Minister Chrystia Freeland’s remarks to reporters Friday that there was no political interference in the decision to detain Ms. Meng.

—Natasha Khan and Jacquie McNish contributed to this article.

Corrections & Amplifications
The homes of Huawei CFO Meng Wanzhou were assessed at a combined value of $21.9 million Canadian dollars ($16.4 million) in 2017. An earlier version of this article misstated the year when the homes’ value was assessed. (Dec. 10, 2018)

Write to Jay Greene at Jay.Greene@wsj.com and Dan Strumpf at daniel.strumpf@wsj.com 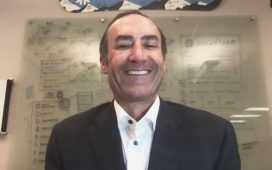 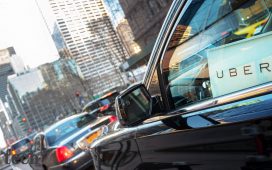 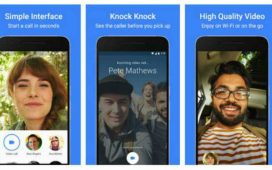 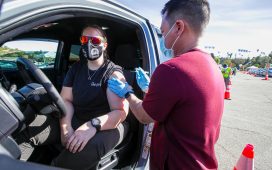 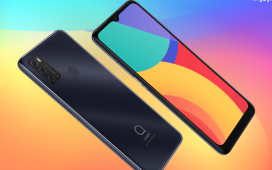