For all the years I’ve played games on PC, the mouse connected to my desktop has always been a wired mouse. The concerns of low battery life, increased latency, and connectivity issues of wireless mice pushed me away from giving them a shot, despite how irritated I get with wires on my desk. When the opportunity to try out HP’s new Omen Vector Wireless mouse arrived on my inbox, I knew it would be a good opportunity to see if past concerns of wireless mice were still valid with today’s offerings.

Since acquiring VoodooPC, HP has established Omen as their gamer oriented brand. First with premium laptops and desktops, the Omen brand has now spun off several gamer accessories, hoping to earn a spot next to well-known brands such as Logitech or Razer. This will be a tough challenge for HP. So many gamers will find a peripheral that works for them and then swear by the model or brand unless they have a good reason to try something new.

With a price tag of $99, the Omen Vector Wireless mouse is positioning itself in the upper end spectrum of high-end wireless mice. It’s not the most expensive offering, with some more established competitors going for $150 and up, but it’s not aiming at offering the best value either.

Let’s start off by taking a look at what’s inside.

The specifications of the Omen Vector Wireless are right in line with similarly priced competitors. HP has opted for PixArt’s PAW3335 wireless sensor, which can handle 400 IPS of tracking and 40g’s of acceleration. Both are high enough to ease any concerns of spinning out or reduced accuracy at speed. The mouse reports at up to 1000Hz, and the DPI goes as high as 16,000 if needed. If you have multiple high-resolution monitors, it can be useful to have higher DPIs at your disposal, but I’ve always found 1,600 DPI to be adequate with a single 1440p display. The mouse is also equipped with Omron mechanical switches that should last up to 50 million clicks.

For the design, HP went relatively understated, in line with their more recent Omen laptops and desktops. There are no crazy angles, or too many distracting lights. The sides have rubber grips, with the rest of the mouse a smooth matte plastic. MMO and MOBA players may be disappointed to see just two buttons on the side, but there is a DPI button behind the scroll wheel.

HP allows users to preset colors to associate with different DPI settings, so it’s easy to tell which setting you’ve just changed to. Underneath the mouse there’s a small compartment to conveniently place the USB receiver in, useful if you’re on the go.

While design and comfort will ultimately come down to user preference, the Vector Wireless felt very comfortable in my hands. The build quality also meets expectations; nothing feels cheap here. On top of quality materials, the thumb rest is at the perfect size for my hands. Just big enough to keep from slipping, and not too big to become cumbersome. Compared to my trusty Logitech G402, which I’ve used for five years, I much prefer the ergonomics of the Vector and could see myself using it as my next go-to mouse.

HP provides the Omen Command Center utility for all of customization features: button assignments, RGB lighting settings, a power-saving mode, polling rate, DPI changes, and acceleration are all included here. The utility does its job and gets out of the way without feeling too clunky, which is all I ask of software-based customization.

With the Vector Wireless, HP has put a lot of effort into giving users a long battery life, and quick charging when needed. The mouse charges through a USB-C port on the front, and included is a USB-C to USB-A 6 feet braided cable for charging purposes. Also in the box is a USB-C to USB-A female to female adapter.

While plugged in, the Vector Wireless mouse functions as a wired mouse. You can plug in and keep going if you run out of battery during a gaming session. The most impressive part about the battery is how quickly it charges.

HP is claiming that the Vector Wireless mouse is the fastest USB-C charging mouse on the market with just 30 seconds of charging to net an hour of usage, and 90 minutes to fully charge the 180 hour battery life. While I couldn’t test the mouse from an empty battery, the mouse went from 60% battery to full charge in 25 minutes.

Using the mouse for actual gameplay, I could quickly tell that the sensor was an upgrade from my Logitech G402, which came out in 2014. Perhaps more importantly, when switching between wired and wireless modes I felt no perceivable difference in latency.

I kept switching between mice, often when playing Counter-Strike: Global Offensive. Overall, the Omen’s felt a tad more responsive when I was focused on how the tracking felt. During fast-paced gameplay, the difference wasn’t as noticeable, but was still there. I spent the better part of two weeks testing the Vector Wireless and I never encountered connectivity or latency issues.

Overall, I was impressed that the Vector Wireless mouse stayed toe to toe with my aging but trusted wired Logitech G mouse. For $99, I would expect to see a few more extra features like a DPI toggle, adjustable weights, or customizable scroll-wheel resistance, but HP has done a good job in delivering a wireless mouse with great tracking, solid battery life, fast charging, and imperceptible latency. 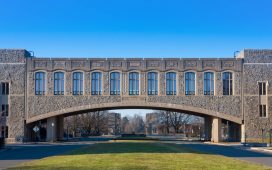 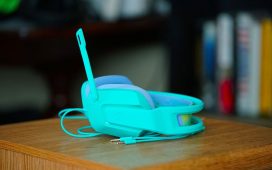 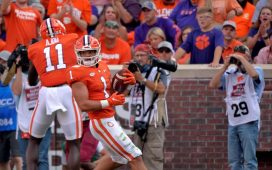 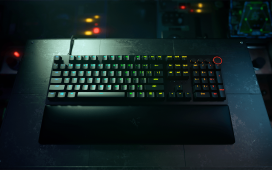 All about electric car maker Rivian, who owns it and will it set up in the UK

The vanishing allure of doing business in China

How to use Multi-Factor Authentication in the Cloud