How women are changing the face of enterprise blockchain, literally!


Women working in the blockchain sector are still few and far between. While exact statistics are unclear, technology has, in general, remained a male-dominated field. For instance, a recent report from Deloitte found that only 7% of fintech startup founders are women. The report also noted that startups founded and co-founded by women have struggled to raise funds during the COVID-19 pandemic.

Findings show that during the first six months of 2020, 20 women-led startups raised a total of $875 million. On the other hand, 243 startups founded by men raised around $12 billion during the first half of 2020. It’s also highly discouraging that pay data from Coinbase, one of the most popular crypto exchanges in the world, showed that female and Black employees had been underpaid in previous years.

Yet hope springs eternal for the future of women in blockchain. While it is still very much male-dominated, there are a number of remarkable women innovating at a high level in the enterprise blockchain space.

For instance, Lisa Butters, general manager of Honeywell’s GoDirect Trade Greenhouse — a blockchain-based marketplace for used aerospace parts — told Cointelegraph that while it may not be obvious, a female perspective can bring a different, yet much-needed, outlook to business situations. Specifically, Butters mentioned that women are notorious for making sure enterprise systems are efficient and user-friendly:

“Women are known for organization. Our playroom at home looks like a bomb dropped on it. My minivan looks like four pounds of goldfish inside a container was sprinkled in every crack and opening. But when I look at those ‘messes,’ as a woman, I naturally want to jump into preventing things like this. When it comes to an enterprise systems’ efficiency and user friendliness, I bring the same thought processes.”

However, Butters noted that sometimes the only field obviously associated with a part was its serial number. As such, Butters explained that she needed to develop a scalable approach to data collection:

“My mind immediately turned to normalizing the data and capturing standardized data across all part events. As far as user friendliness goes, my team is used to me designing for parents. If my mom and dad can’t figure this out, then we need to go back to the drawing board.”

User-friendliness and efficiency are some of the most important elements for enterprise systems. In a GoDirect Trade blog post, Butters mentioned that the company website reflects this, pointing out that the site is a blend of Amazon, Etsy, Mercari and Target. Butters wrote in her post, “If a 43-year old male was the sole voice to design our aerospace marketplace, do you think it would have looked like this?”

Chaitanya Konda, global blockchain lead for research and development at Ernst & Young UK, told Cointelegraph that her work revolves around making the token economy vision a practical reality. “This necessitates providing privacy and scalability for token transactions and complex business logic surrounding tokens at a reasonable transaction fee,” she remarked.

Like Butters, Konda understands that women are typically good at multitasking and therefore forge an innate ability to come up with efficient approaches to tackle simultaneous challenges. “Having women bring this mindset in designing and developing these enterprise systems can be extremely valuable,” said Konda.

This also applies to another important element of the blockchain sector: open-source projects. Anais Ofranc, a member of the Baseline Protocol Technical Steering Committee and CEO of Consianimis Consulting, mentioned that she is helping ensure that different stakeholders, personas and interests are represented in open-source systems. “The female perspective is important during the decision-making process for open-source projects,” she said.

Echoing Ofranc, Kaliya Young, ecosystems director for the COVID-19 Credentials Initiative at the Linux Foundation, told Cointelegraph that the majority of her work focuses on building open standards for verifiable credentials. Young noted that community collaboration is a major requirement for building open-source standards, pointing out that a female perspective is critical. “Sometimes this is undervalued, but a female’s perspective is critical if we want to develop a new layer of the internet where all people are empowered,” she remarked.

Moreover, incorporating women’s perspectives is extremely important, especially when it comes to creating a new financial system, which is a promise of blockchain technology. Denelle Dixon, CEO and executive director of the Stellar Development Foundation, told Cointelegraph that historically, financial systems have been created by men. As such, Dixon noted that these systems have missed the mark in catering the experience to the whole population.

Fortunately, Dixon believes that more opportunities at growing blockchain companies are opening for women, noting that there is already a strong leadership team at Stellar Development Foundation.

A Harvard Business Review article reiterates this, mentioning that numerous studies have shown that employees in pro-diversity regions, like the United States and Western Europe, prefer gender-friendly work environments. As such, studies show that the most talented individuals typically tend to work in places that are gender diverse, ultimately leading to better performance.

Daniela Barbosa, vice president of worldwide alliances at The Linux Foundation, told Cointelegraph that just like any other tech industry, diversity in the enterprise blockchain space is important for building solutions that address the needs of society rather than the needs of a few:

“We already know that gender diversity in product development or AI teams leads to better and more usable products. Gender diversity is equally critical in building out blockchain networks that address everyday use cases.”

For example, Barbosa explained that creating a supply chain network to ensure sustainable food production must address financial inclusion for multiple parties, including the unbanked, the fully banked or even a finance system that gets bankers and suppliers paid faster with less risk. “Developing and deploying such networks will benefit from diverse approaches and experiences at both the technical and business level and be better set to meet user-friendly design and efficiency goals,” she remarked.

According to Rugg, gender diversity has helped lead to many successful engagements. “Diverse teams lead to different perspectives, ideas and out of the box thinking to drive true innovation. We want people to challenge each other and have constructive dialogues,” she noted.

Fortunately, the open nature and inclusivity of the blockchain space may drive more women into the sector moving forward. Progress is already being made, with a report from CoinMarketCap showing that the number of women in the cryptocurrency industry increased 43.24% in the first quarter of 2020.

Sheila Warren — head of data, blockchain and digital assets at the World Economic Forum — told Cointelegraph that overall, the hiring and retaining of teams representative of diverse perspectives leads to better outcomes. Warren noted that the promise of blockchain technology provides the opportunity to build from the ground up:

“If done intentionally, this will correct for some of the inequities that we see in technology today. Without diverse perspectives represented in the room, it’s very possible that we’re at risk of replicating or even exacerbating these.”

It’s also important to point out that women do not need prior blockchain experience when entering the sector. Leanne Kemp, CEO of Everledger — an enterprise blockchain company for supply chain management — told Cointelegraph that women can bring valuable community-building skills and help provide long-term strategic vision, even if they don’t have a background in blockchain technology specifically. “Skills like determination and attention to detail come easily to women, making them a valuable asset in this growing technology,” she remarked.

Ways to get more women involved in blockchain

Given the importance of gender diversity in tech, many believe that education, mentorship and job opportunities will ultimately attract more women to the blockchain space moving forward.

For instance, while there are many open-source projects in the enterprise blockchain space, Ofranc mentioned that there is an obvious lack of diversity. She explained that moving forward, she would like to see greater outreach from open-source organizations targeting universities and young women in particular to raise awareness of the benefits of contributing to open-source or open-standard projects.

Job opportunities geared toward women may also help drive adoption. Ofranc noted that while there are many technical and business jobs in the enterprise blockchain space published on companies’ websites, many of these sites cater to an audience of a certain demographic. Adding to this, Konda remarked that hackathons and conferences are another great way to introduce women to the blockchain field.

That being said, Warren remarked that companies must make it a priority to get women involved. “Look at your employment processes — where are you recruiting from? Is your pipeline diverse? If not, are there steps you can take to include more women.”

Warren further mentioned that companies must think long term about investing in the next generation of female leaders in blockchain. In order to ensure this, Anna Frankowska, chief commercial officer at Aventus Network — a firm developing a layer-two blockchain protocol — noted that role models in the industry will encourage more women to enter the space long term: 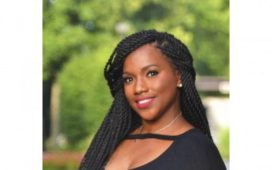 Erica Boyd: It’s in your hand 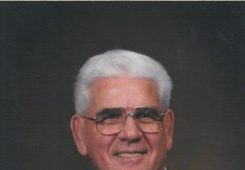 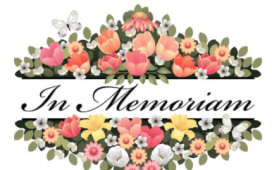