How to watch Liverpool vs Everton: live stream FA Cup third round football from anywhere

What could be a more appetising FA Cup third round fixture than a good old Merseyside derby. There was a frisson of excitement was tangible when the two rivals were pulled out of the hat to meet in a New Year showdown and now is finally the time to live stream Liverpool vs Everton – no matter where in the world you are.

Liverpool vs Everton – where and when

This third round FA Cup showdown will take place at place at the famous Anfield – home of Liverpool football club.

On paper, of course, Liverpool are overwhelming favourites to progress in the cup competition today. Jürgen Klopp has made a fortress of Anfield, with the Reds not losing in the Premier League at home since April 2017!

Thanks to goals from Mané, Salah, Firmino and co, and the defensive prowess of officially the world’s second best player Virgil van Dijk, Liverpool have what looks like an unassailable lead in the league and will be looking to see how many trophies they can notch up this season.

But since they spanked their cross-town foes 5-2 last month, Everton have experienced something of a new manager bounce. Carlo Ancelotti has dragged the Toffees from flirting with relegation to a more respectable 11th in the table. And as the old saying goes…anything can happen in the FA Cup!

This is an encounter not to be missed. Below we’re going to talk you through the best ways to watch the action in the UK and the rest of the world so you can ensure you can easily live stream Liverpool vs Everton.

How to live stream the FA Cup in the UK for free:

The BBC will be hosting the FA Cup action with coverage starting at 3.30pm GMT on Sunday afternoon. You’ll be able to watch it live on TV, through the BBC iPlayer app or online with the iPlayer live stream. You’ll have to pay for a TV license if you want to watch this in the UK though. There’s also the BBC Sport website that will be live streaming the whole game in a similar way to the BBC One coverage too.

Out of the UK today? Try to watch the game from abroad and you’ll find that the BBC coverage has been geo-blocked. But that doesn’t mean you can’t watch – you could download and install a VPN service, which will help you to make your laptop or mobile appear like it’s back in the UK…

Live stream Liverpool vs Everton from outside your country

In the US? Then keep scrolling, as we have your viewing options below…spoiler alert, you’ll need an ESPN+ subscription. And footy fans in the UK and Down Under can also see who’s broadcasting there.

But if you’re abroad for the game and find that you can’t watch your home coverage online because it is geo-blocked, we have a handy alternative to allow you to watch as if you were back on your sofa.

A VPN is perfect for this as it allows you to change your IP address so you appear to be in a completely different location. We’ve tested hundreds of VPNs and can recommend ExpressVPN as the best VPN service currently available.

ExpressVPN (which also comes with a 30 day money back guarantee) is the #1 rated best VPN in the world right now. You can watch on many devices at once including Smart TVs, Fire TV Stick, PC, Mac, iPhone, Android phone, iPads, tablets etc. Check out ExpressVPN and get 3 months extra free when you sign up for an annual plan.

And don’t forget that a VPN isn’t just for football…there’s loads you can do with them. From unblocking restricted sites and watching Netflix in other countries to adding an extra layer of security for online shopping and banking.

How to watch the FA Cup: live stream in the US for FREE

It only costs $4.99 per month and allows you to watch online as well as via its mobile app and TV streamer apps on the likes of Apple TV, Amazon Fire TV, Roku, PS4 and Xbox.

This intriguing third round clash kicks off at 11am ET or 8am PT in the US, and you can sign up here to get access to it on ESPN+.

How live stream Liverpool vs Everton in Australia

ESPN has once again manged to bag the rights to show the FA Cup down under, so ideal if you already subscribe to its suite of channels.

If not, you could choose Kayo Sports. The Kayo Sports Basic Package costs $25 per month and allows users to stream across two devices simultaneously. Alternatively, the service also offers a Kayo Sports Premium Package, which provides three concurrent streams for $35 per month.

Their apps mean you can access this from your chosen device wherever you are (although you’ll need a VPN if you’re taking that abroad).

How live stream Liverpool vs Everton in Canada

SportsNet World is the channel to head to if you’re looking to watch the match in Canada. While they may have lost the rights to Premier League football in the region to DAZN, a Sportsnet subscription currently costs $19.99 per month and will give you live access to NBA, NFL, NHL and MLB games. If all you’re interested in is the weekend’s FA Cup action then the service also offers a 7-day pass for $9.99. 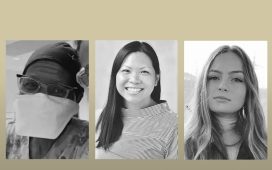 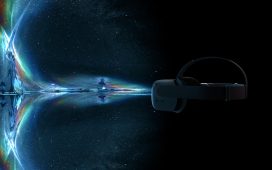 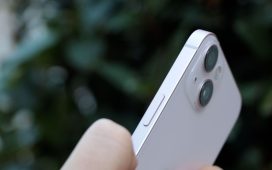 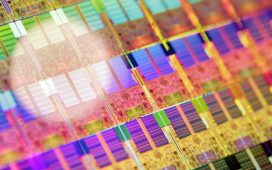