Techregister Logo
Techregister > How-tos > How to Lock All Your Incognito Tabs in Google Chrome Behind Face ID or Touch ID to Make Them Even More Private « iOS & iPhone :: Gadget Hacks
How-tos

How to Lock All Your Incognito Tabs in Google Chrome Behind Face ID or Touch ID to Make Them Even More Private « iOS & iPhone :: Gadget Hacks


There are a plethora of reasons to use incognito mode in Google Chrome. In many cases, you simply don’t want other people snooping through your browsing tabs. But all it takes for someone to access your private Chrome tabs is to grab your iPhone when unlocked. To fix that, Google is currently working on a security setting that lets you lock incognito tabs behind Face ID or Touch ID.

Right now, the new privacy and security feature is in beta testing, accessible only from the latest Google Chrome beta app. To join the beta, you have to get an invite to install the beta app from TestFlight, but the program is currently full. If you’re already in the beta program, make sure to update Chrome in TestFlight to version 89.4389.48 or later, and you might be able to use the incognito lock.

Why “might?” Because Google is slowly rolling out this privacy measure, which was initially unveiled on Feb. 11, to beta users via a server-side update. As of this writing, the feature had barely hit any iPhones, and there’s a good chance that Google will only push it to a limited number of beta testers (which is common in testing).

According to The Verge, Google is expected to release Chrome 89 sometime in March, but it isn’t clear if this biometric authentication will be ready yet. Once the feature is ready, it will be easy to set up. Just open Chrome on your iPhone, then tap the ellipsis (•••) in the bottom right. Next, tap “Settings,” then “Privacy,” and toggle on the “Lock Incognito tabs when you close Chrome” switch.

You may be asked to give Chrome access to Face ID or Touch ID, and once you do, you’ll be ready to test out locking and unlocking Incognito tabs with your face or fingerprint, respectively.

If you haven’t closed the Chrome app since toggling the feature on, you should still see your Incognito tabs just fine. However, close Chrome, then reopen the app and go to your Incognito tabs. The tabs should be blurred out when you first go back to them. To unblur them, Chrome with scan your face with Face ID, or you’ll need to touch your fingerprint on Touch ID. Once authorized, your tabs will be visible again.

This process is similar to the Incognito biometrics lock already available in the primary Google app. To turn it on, you’d tap on your profile image, tap “Settings,” choose “Privacy and Security,” and then toggle the “Enable Face ID for incognito mode” switch. Incognito mode would lock after 15 minutes of inactivity, such as when using the Google app sans incognito or not being in the app at all.

Whether or not Chrome incorporates the 15-minute rule like the Google app does is yet to be seen. So far, the feature has just started development, so things may change as the beta progresses.

Don’t Miss: How to Enable Dark Mode in Google Chrome 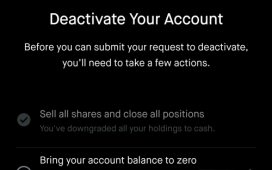 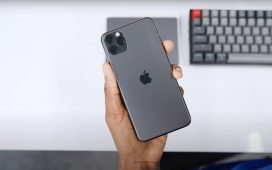 Infinite Galaxy Strategy Guide – Get Started With These Amazing Hints, Tips and Tricks 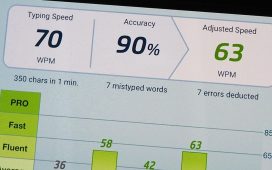 How Fast Can You Really Type on Your iPhone? Take These Tests to Find Out « iOS & iPhone :: Gadget Hacks 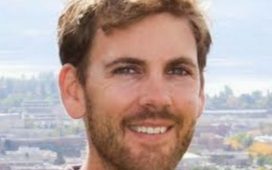 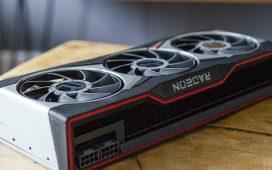