How Tech is Shaping the Future of Finance

Opinions expressed by Entrepreneur contributors are their own.

Technology and finance have always been intertwined, from the invention of the abacus to make financial calculations easier to the mammoth supercomputers that are used to drive complex financial models today. The fintech industry was born out of that merger, and now the majority of financial activity is carried out on mobile phones, enabling more people to have access to financial services.

Apart from increasing access, technology has also driven a variety of drastic changes to financial systems around the world and in some cases, upturning entire sectors as in the case of mobile investment apps and stockbrokers. The fintech revolution is continuous, however, and the following are some of the most pivotal trends which will shape the future of finance, driven by savvy entrepreneurs.

Related: 5 Effects of Covid on the Fintech Industry

As financial services have moved from the realm of face-to-face to remote interactions, security has been one of the major concerns that all stakeholders have had to grapple with. Cybercrime has continued to rise at an alarming rate, and ransomware payments are gradually becoming a standard operating expense for many companies.

To combat that, there is an increasing focus on biometric solutions as a way of achieving the highest possible levels of security, since biometric markers cannot easily be replicated or hacked. Fingerprints have been the standard, but public health concerns are shifting attention to contactless biometrics identification solutions as well.

Traditionally, financial institutions have guarded their customer data jealously to secure their market advantage. That has typically involved denying potential competitors access but has often seen banks denying the customers themselves full control over their data. Nowadays, the open banking concept has seen a resurgence due to the increase in data protection laws that allow customers to access and move their data as they wish, but also due to the increasing cooperation between fintech companies and traditional banks.

Open banking is reported to have generated $7.29 billion in 2018 and is expected to reach $43.15 billion by 2026. Open banking gives new fintech companies the ability to leverage big data to provide better — and more customized — services, helping people lower their debt, increase their income, and make more profitable investment decisions.

Regtech solutions can generally be divided into identity management, monitoring of transactions and the risks associated with them, and regulatory reporting. The goal for all regtech solutions is to streamline the process of identifying and complying with relevant regulations. The regtech market size is expected to grow from 6.3 billion in 2020 to 16.0 billion by 2025, at a Compound Annual Growth Rate (CAGR) of 20.3%.

Far from the initial days when cryptocurrencies were on the fringes, 2020 saw increasing adoption among mainstream financial services companies. For instance, in November, PayPal announced it would begin allowing all U.S.-based users to buy, hold and sell cryptocurrencies on its platform.

As more people begin to use cryptocurrencies, more businesses will begin to accept them. As cryptocurrencies are not without their drawbacks (such as security and volatility), companies that can provide solutions to those drawbacks will be rewarded by the market.

Cash is not dead. Yet. It is clearly on the way out though, as the world steers away from physical contact and mobile payment options become widely available. From small startups to technology giants like Apple and Google, mobile payments have become a priority in the financial services industry.

Solutions that facilitate money transfers are common, but international transfers remain a big pain point. Transferwise raised $319 million at a valuation of $5.5 billion and other fintech companies have raised large sums as well, but there is still a ways to go before international transactions become as seamless as local ones. The size of the Remittances market continues to rise and with it, the opportunity in mobile payments. 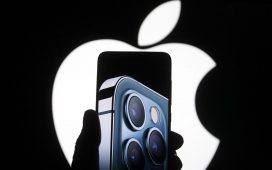 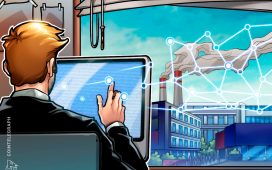 Blockchain tech will bridge the gap between DApps and enterprises 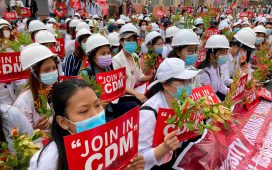 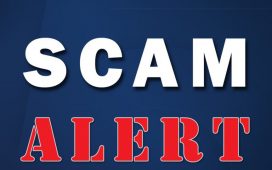 UK to reopen in stages after driving down South African variant, Hancock says By Reuters